So last Christmas was going to be a week of modeling that should have ended with the forecastle deck painted, but I spent a bit too much time adding all the deck details, the aft breakwater and remodeling all the vents around B-barbette: they just didn’t look quite right. This work was completed a few months ago (I’m currently finalizing the section in front of the breakwaters). 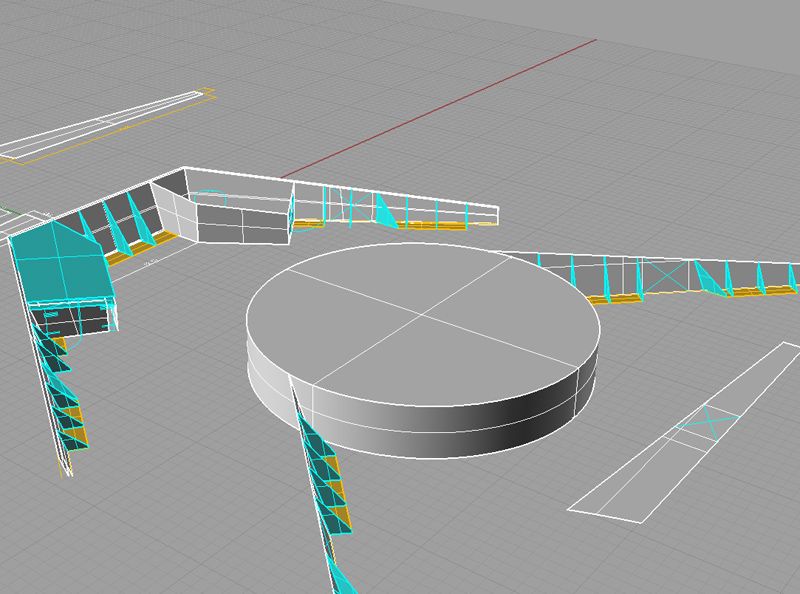 Copying from an earlier post: the breakwaters were first drawn in Rhino in 3D; much easier to get part sizes rather than doing my own math.

There are a few interesting details on the aft breakwater. A portable plate can be taken out of the breakwater and stored against the breakwater itself (A). Making a single piece breakwater is much easier, but I like this detail. Also, images of HMS Hood at sea show that these plates were not always fitted. A small cleat is visible at (B). Not so well visible is a small vent that starts in front of the breakwater, but ends up behind it (C); Ian Johnston’s Clydebank’s Battlecruisers shows this particular vent more clearly. And at (D) a small footplate for an awning stanchion is present. 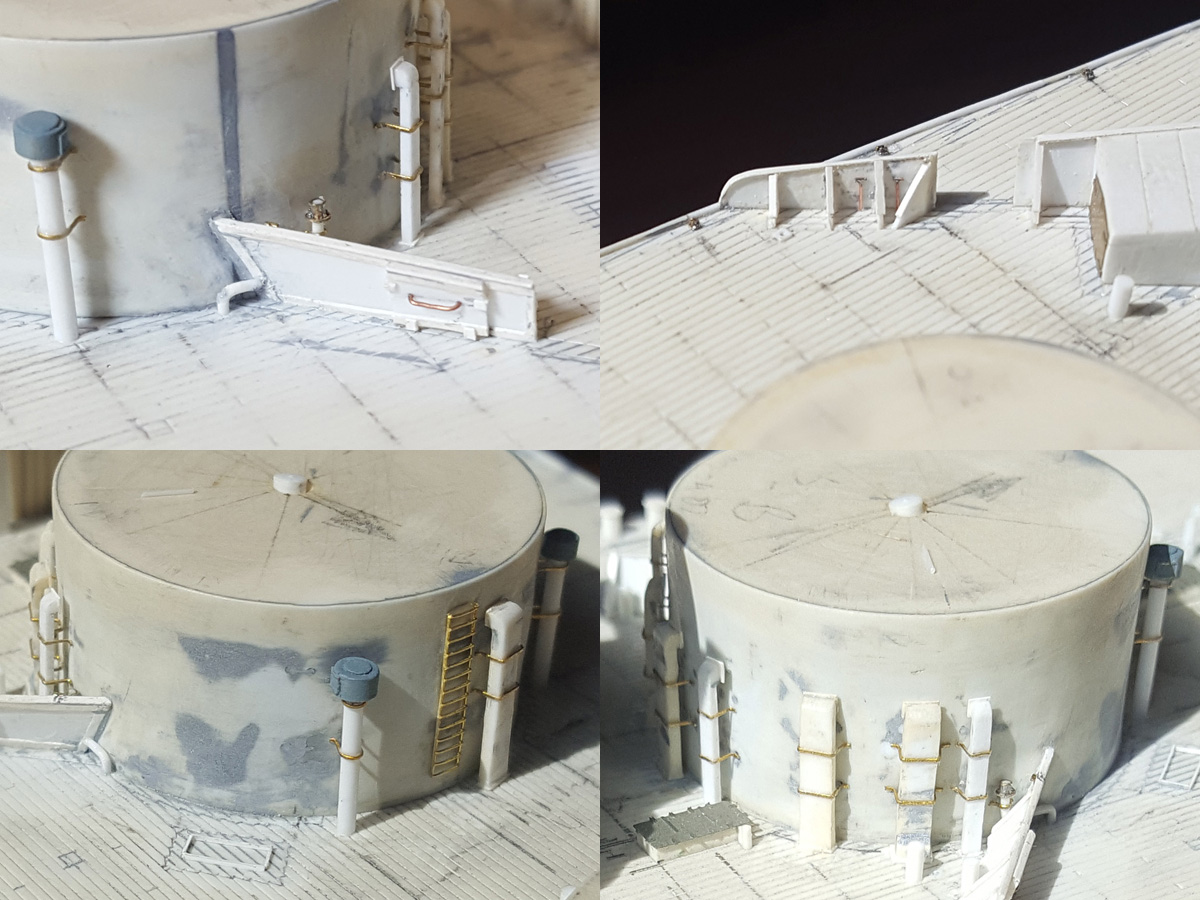 I made the small vent piping a bit over-scale so that I could add a nicely detailed mushroom vent. The barbette was fully stripped of detail, puttied and repopulated with vents. The location in the deck for the steam winches was nearly forgotten… 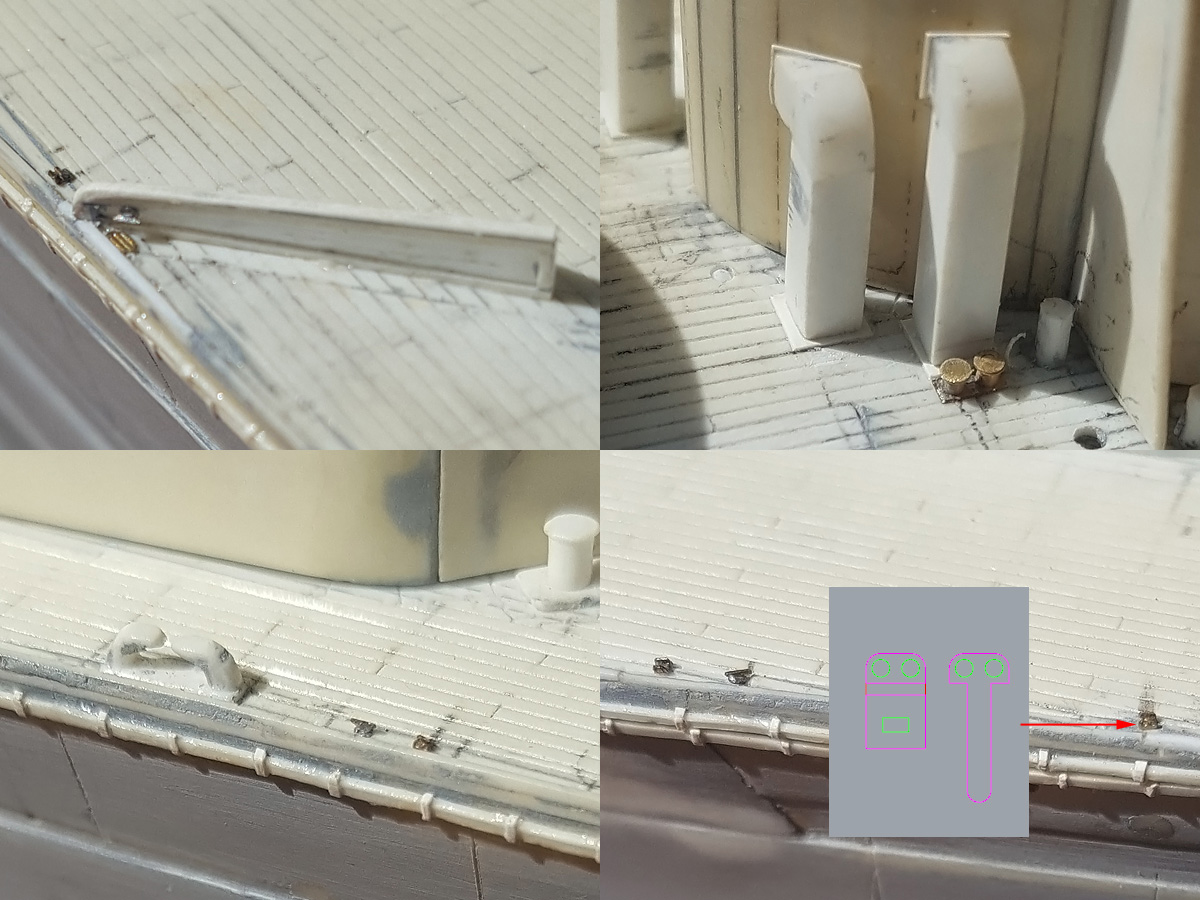 The deck edge details are a combination of awning stanchion foot plates, gutters, tie-downs and railing stanchions; this required a lot of pre-drilling with a 0.25mm drill along the entire length of the hull. Working with small drills is possible if you have a steady hand, but when you drill through the flare of the hull you (or: I) typically loose a drill… if it breaks and you cannot reach it you have to carve it from the model. Fortunately I found a good address to buy large quantities of small drills at a good price, going to as small as 0.1mm (edit: they since moved the drills to a new website and increased prices… a lot).

The cleats and awning foot plates (PE detail) are a plate with a rectangular hole (for aligning the parts automatically) plus a detail part with a small pin fitted into the deck. The small hole in the awning footplate didn’t have enough margin in the design and the parts didn’t fit, so, all the footplates needed to be drilled in and the parts soldered at the correct angle which was took time. In hindsight having the parts re-etched would have been a better decision. The cleat footplate had most of the top half etched away and didn’t have this problem and was easier to make.