According to the original plans of HMS Hood, a set of signalmen shelters were built between the fwd Hacs pedestals and the superstructure. 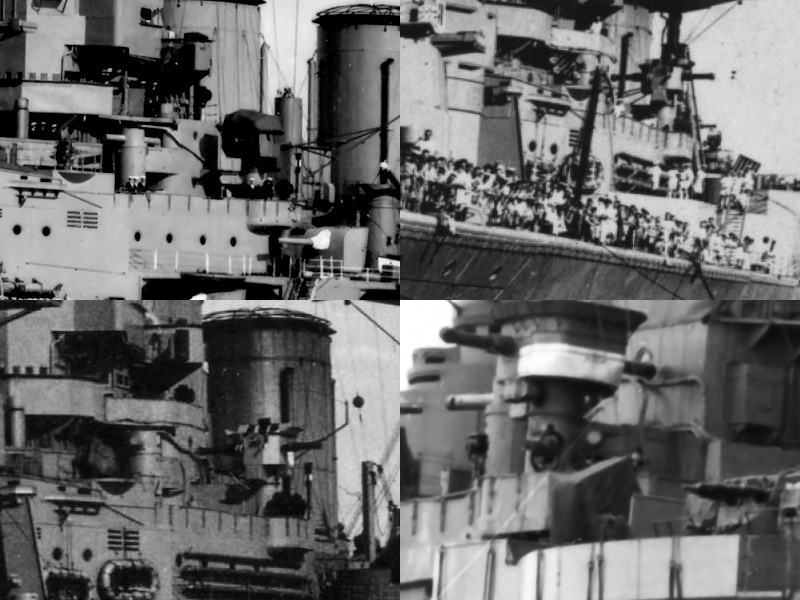 There isn’t much to go on what isn’t already on the official HMS Hood site, but I suppose they reused the beam that was already present (top left). A number of voice pipes can be seen crawling around the bridge.

I added some semirandom detail with the voice pipes ending near the signaling area. 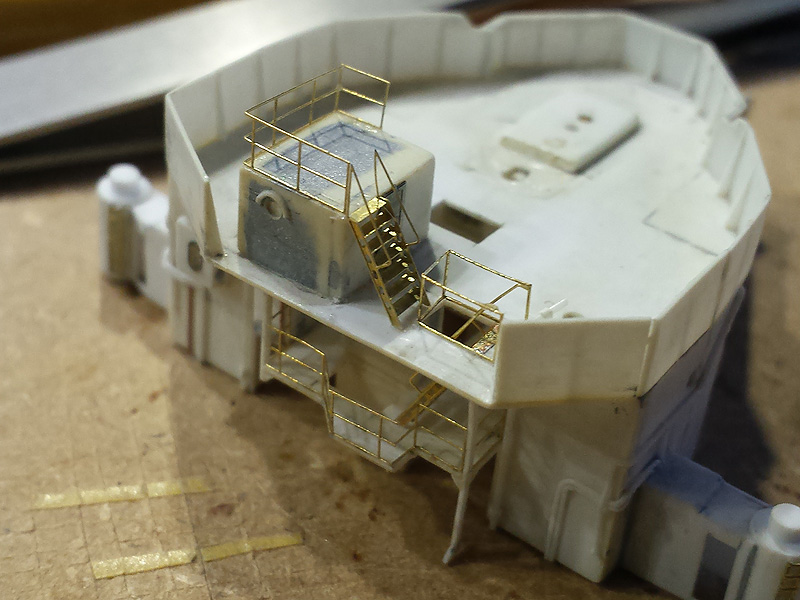 Adding railings was a skill I once had but now it seems to go fine. Too bad that stupid ladder hits the railing; this escaped my attention during the design, unfortunately. Perhaps I’ll replace the ladder or make the hatchway smaller…