The etch set presented in Custom Photoetch Set Part II is now done. There was a slight delay as the set received some minor adjustments as required by the etcher and I felt I could add one more part (Type 279 aerial). The set was etched by Saemann Ätztechnik in Germany, with excellent results: 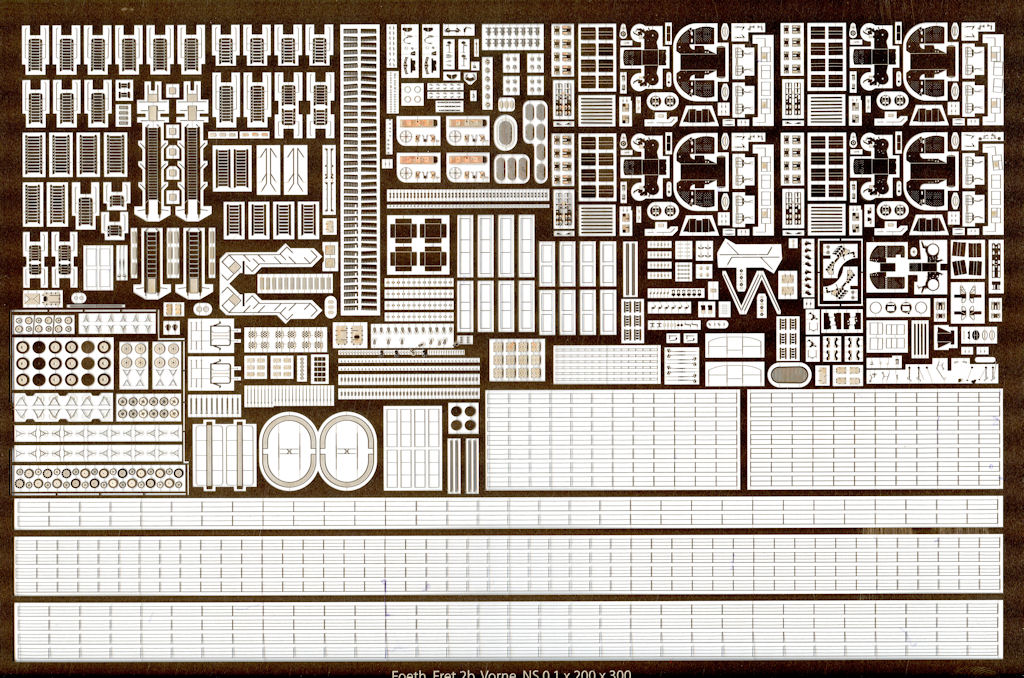 I had three copies made. I decided to spread around the parts so that I would need at least two sets with one for backup. This was probably a good decision; the parts are already falling out of the set as the material holding them in place was designed a bit too thin. An overview with most of the parts is below. The color is a bit off; the material is silvery in appearance. 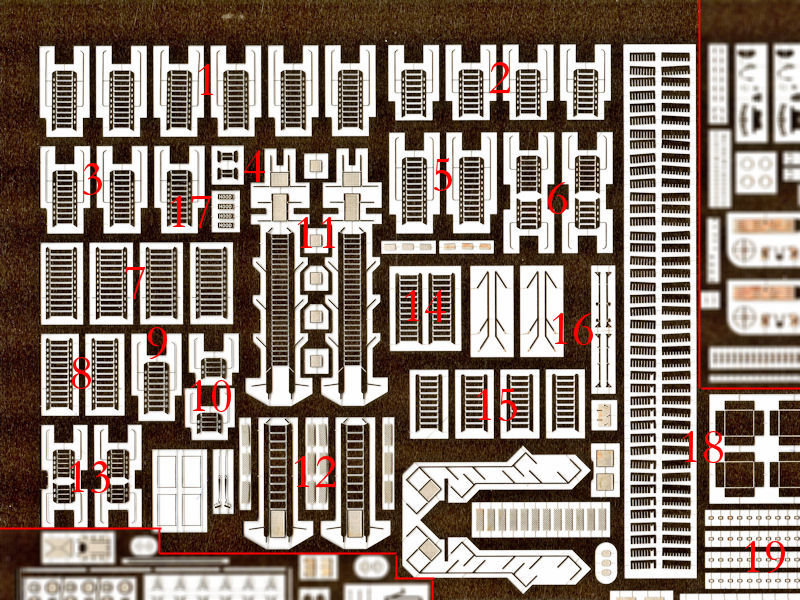 All stairs from the previous set were repeated; I made a design error and couldn’t fold the steps without breaking them. This is now solved. Each deck has stairs etched to size to account for the different deck heights. The spacing between the steps was changed accordingly, so you shouldn’t be able to notice the slight variations in height and span. The model will depict HMS Hood just under way, so the accommodation ladders and stairs on the quarterdeck will be stored. 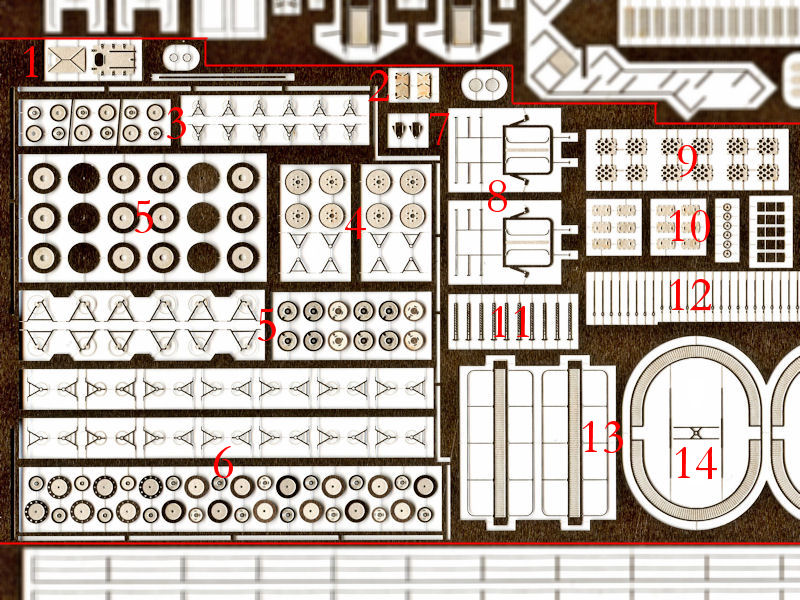 A large selection of cordage reels is included. I found 5 different types and designed them based on photographs on board HMS Hood, and various museum ships. 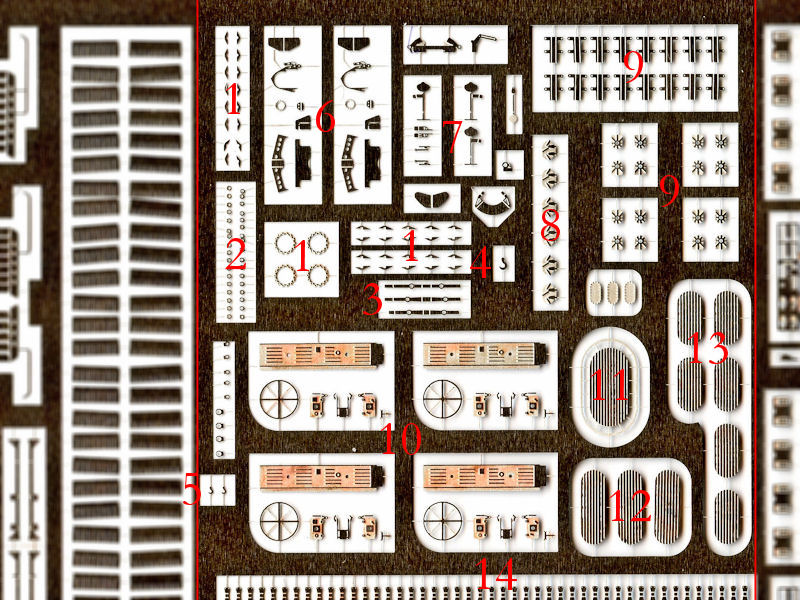 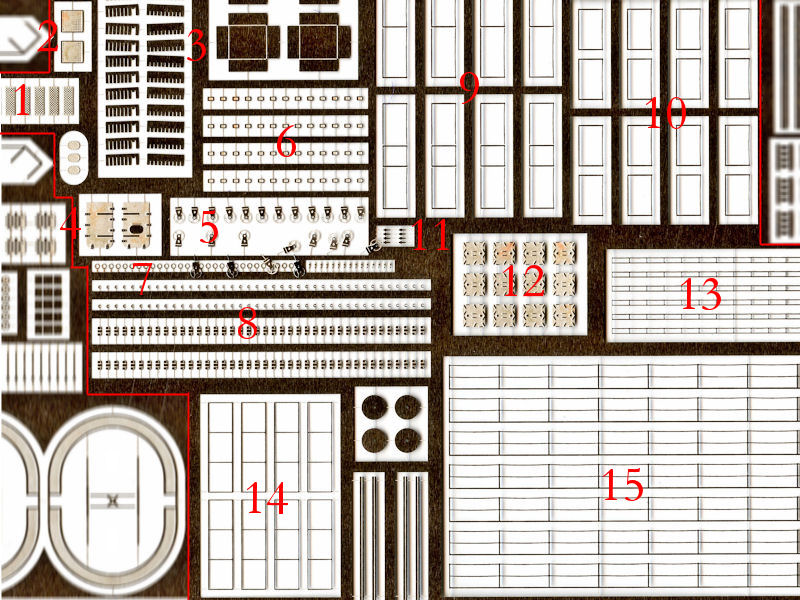 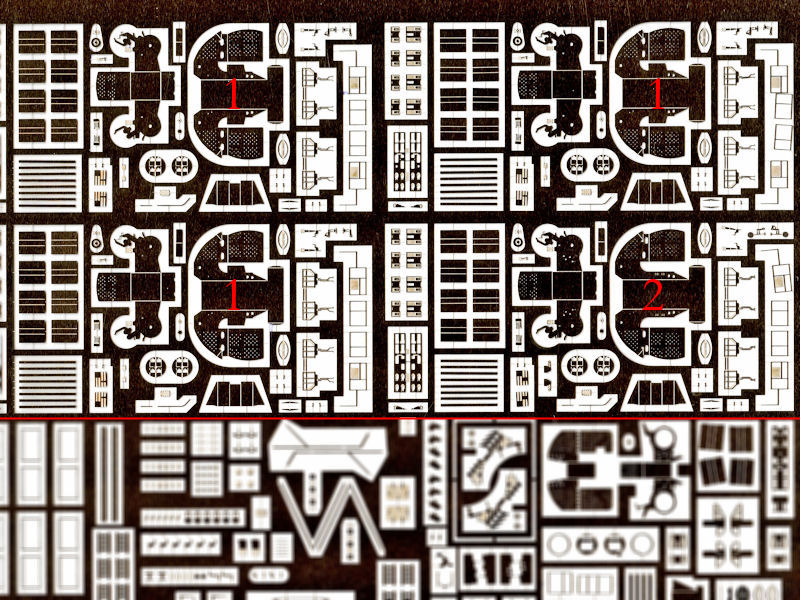 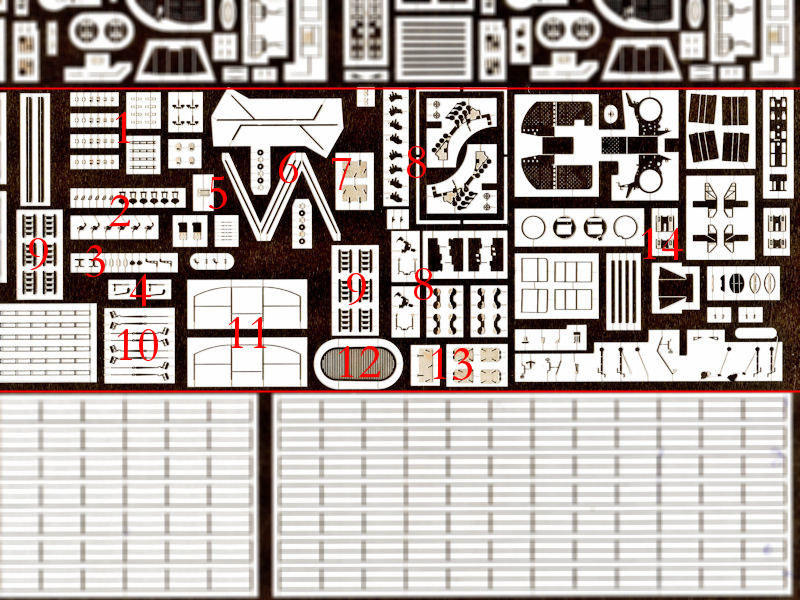 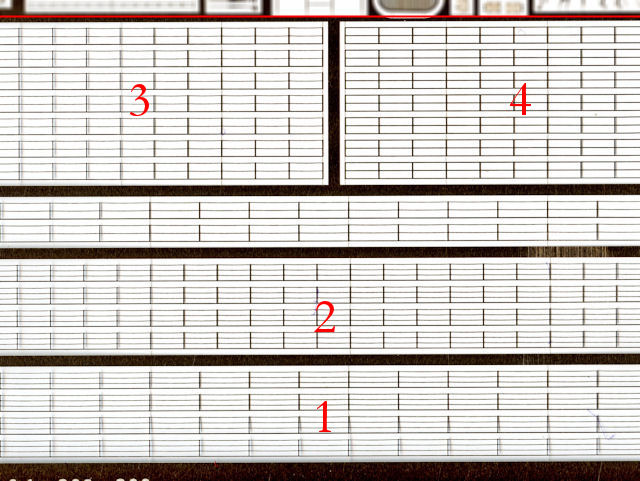 I decided not to use any commercial railing, as HMS Hood has five styles I wanted to have correctly modeled (one being for the funnel walkway). Note that the railing style on the main deck is a wide three-bar , while it has a shorter spacing between stanchions on the shelterdeck. The rest of the railing on HMS Hood is all two-bar except for the funnel walkway. Having two-bar railing above the shelterdeck is a detail missed by most modelers.