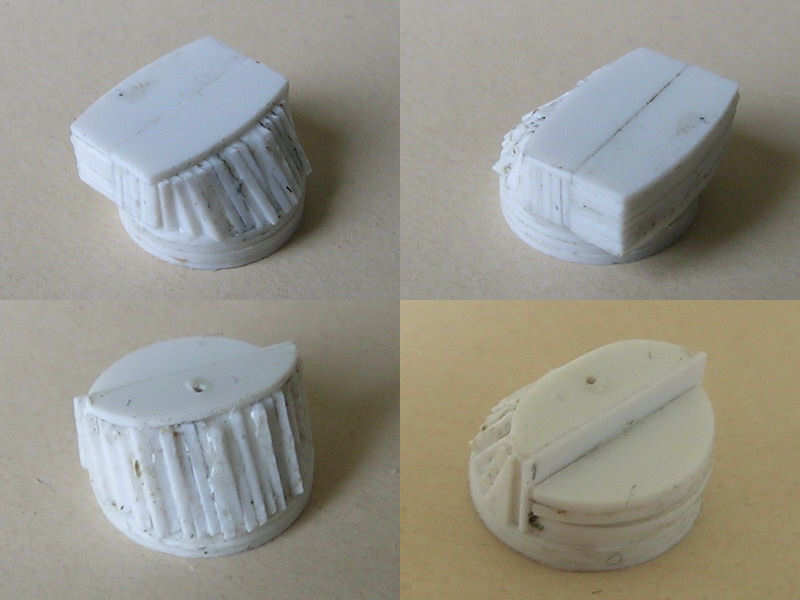 These two objects are HMS Hood’s main rangefinders. One is situated on top of the conning tower, the other one on top of the spotting top. The parts are built up from simple circle segments. 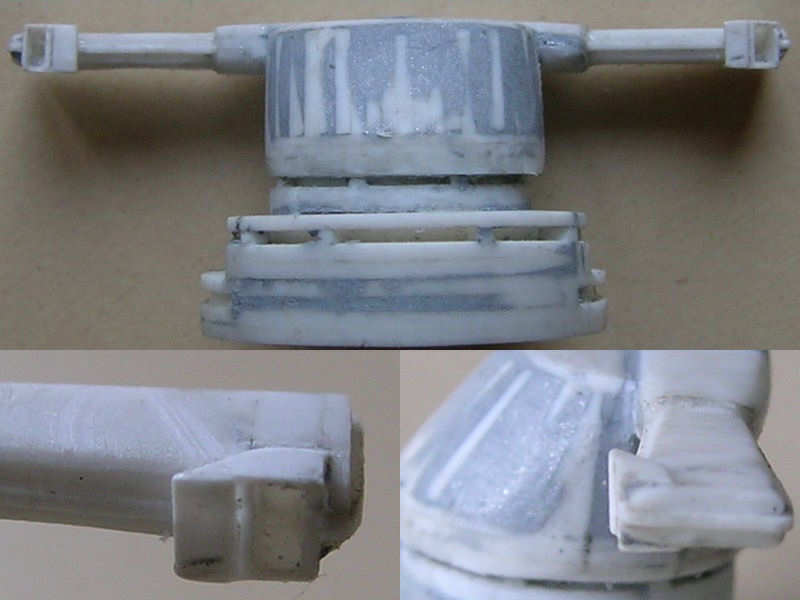 The conning tower’s range finder still has its stereoscopic rangefinder which I built with the viewports open, just as is possible for the rangefinders of the main armament (which I kept close). 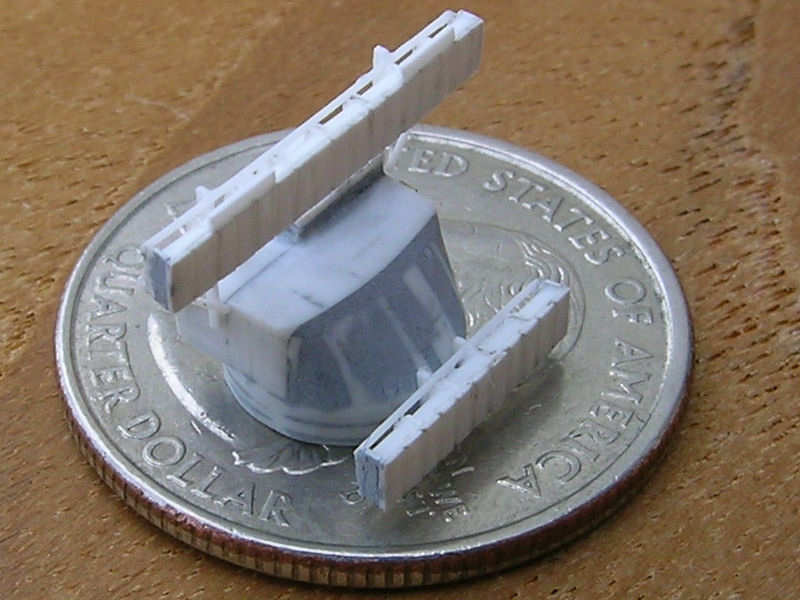 The top rangefinder houses the radar antenna for the Type 284 Gunnery Radar. There aren’t many good pictures of the frame of the radar which is a guestimate, but there is an excellent drawing in Campbell’s “Naval weapons of world war II” and a few pics of other ships carrying the same antenna. It’s much more solid than all the etched parts. 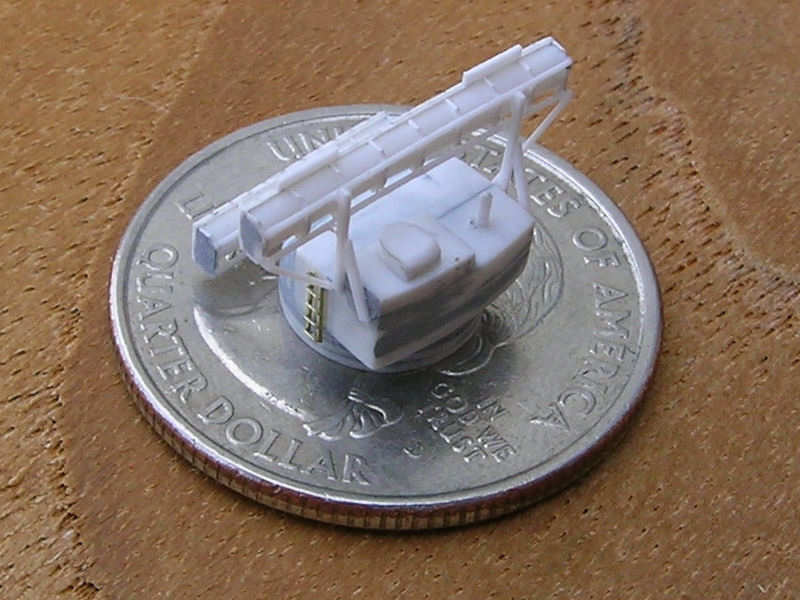 Note the configuration of the rear of the rangefinder, which doesn’t have the typical box shape added to it as found on all drawings and all but the latest models. Yours truly found out, from careful observation, that the roof of the rangefinder was locally heightened and that the box shape followed from an optical illusion, probably caused the small ladder. Having the latest photographic finds on the official HMS Hood site helped, of course. A few custom-etched parts were fitted later, a few hatches and so forth. 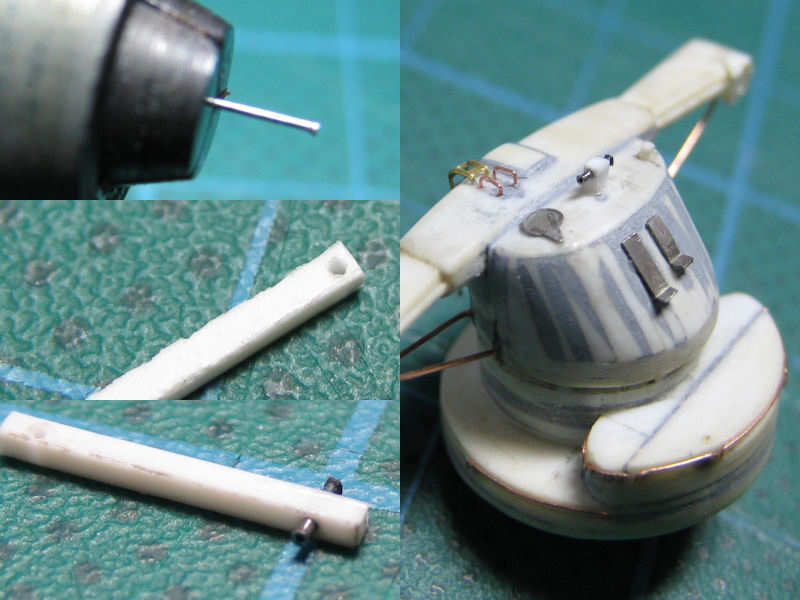 A small detail was added later to the forward rangefinder make from tube. The steel tube was first heated and then pressed into shape with a pointed object. Two of these tubes were trimmed to size and inserted into a plastic strip.