I’ve done a little work on the bridge, one of the major parts of the model. The entire superstructure from the deck up was built at least twice but I don’t have many pictures left of the original superstructure. As I’m working here and there on various parts of the superstructure, this category won’t be that organized. 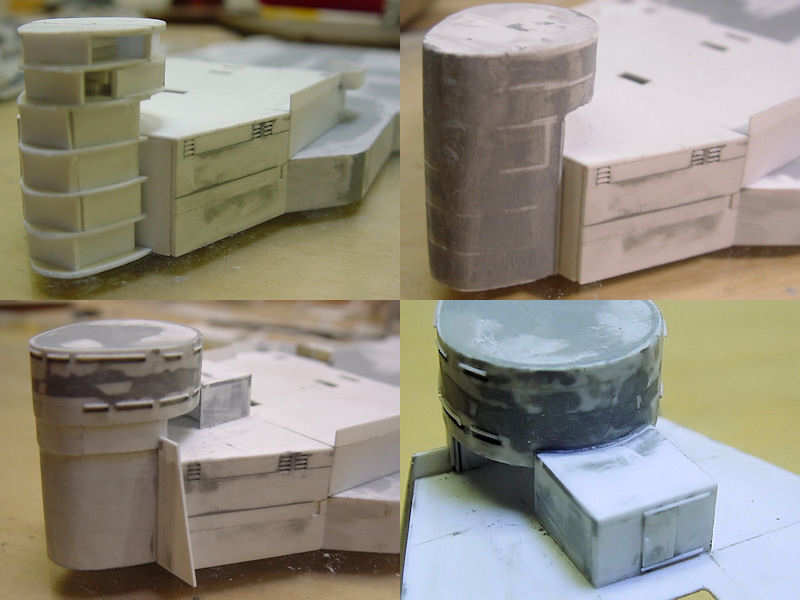 These pictures were taken from the first bridge attempt and contained a lot of small errors. For instance, I choose a 0.25mm thick plate as a deck part which is too thin. A 0.35mm plate makes all the difference. The conning tower is built up from plastic plate and filled with putty. The detail of the slits in the armour plate of the conning tower was added by plastic strip. The side of the superstructure is made from strips, as to leave out a few spaces for a series of grids. This all didn’t work out very well and the entire model of the bridge was thrown out after some considerable deliberation. This is the major reason the model isn’t finished yet.

Here’s the mark II bridge base part. The conning tower is made from strips glued against a few support parts and the side of the bridge is a single plate. This works a lot better. 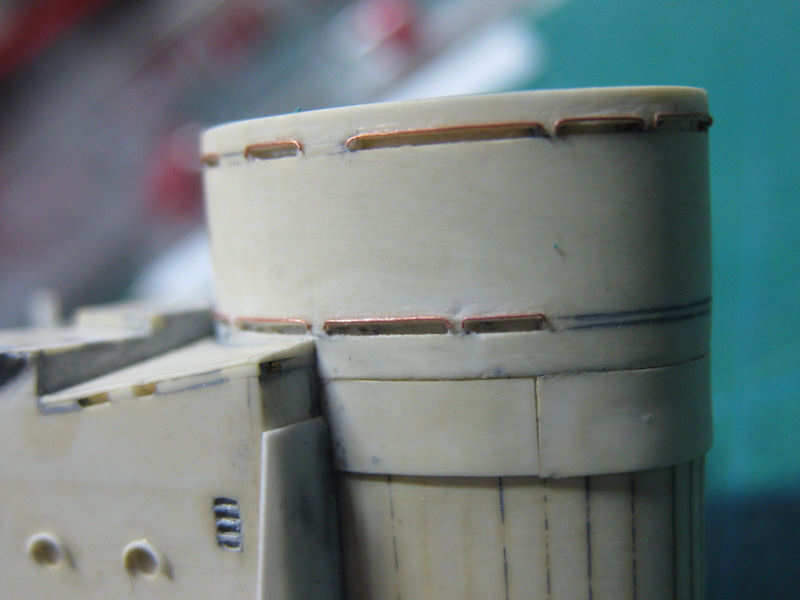 Here’s a nice recent shot of the conning tower and the rain guards above the view slits. This was very difficult to do, as I want to have the guards to droop down at the ends and still look properly. All the brass wires, made from 0.1mm winding wire, were first bent around a strip of the correct width, glued in place and trimmed. There’s some variation in height, but it’s more of a mess on the real ship! 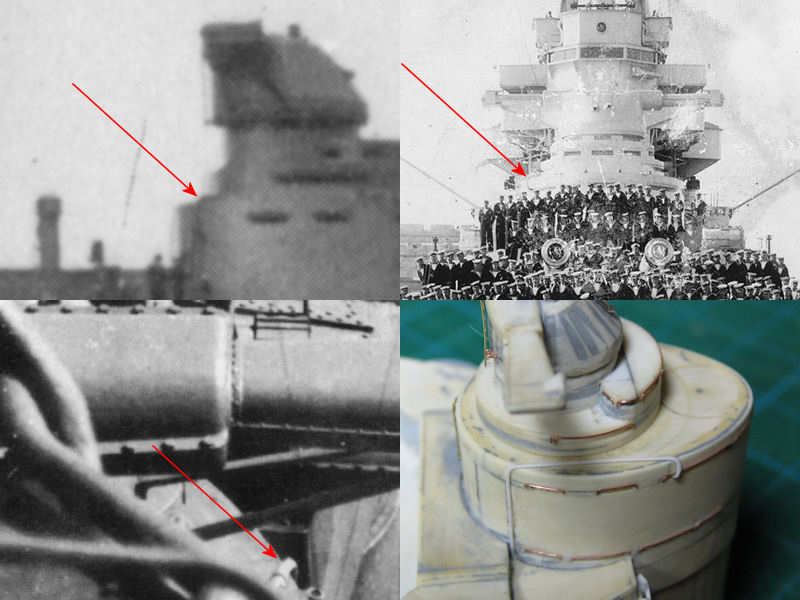 A voice pipe can be seen curling over the roof on the conning tower into one of the viewports. After staring at my picture collection for an hour or so, I found a few images that show this voice pipe and added it. This is all the material I can find, but I think it is quite convincing. An eye for detail? 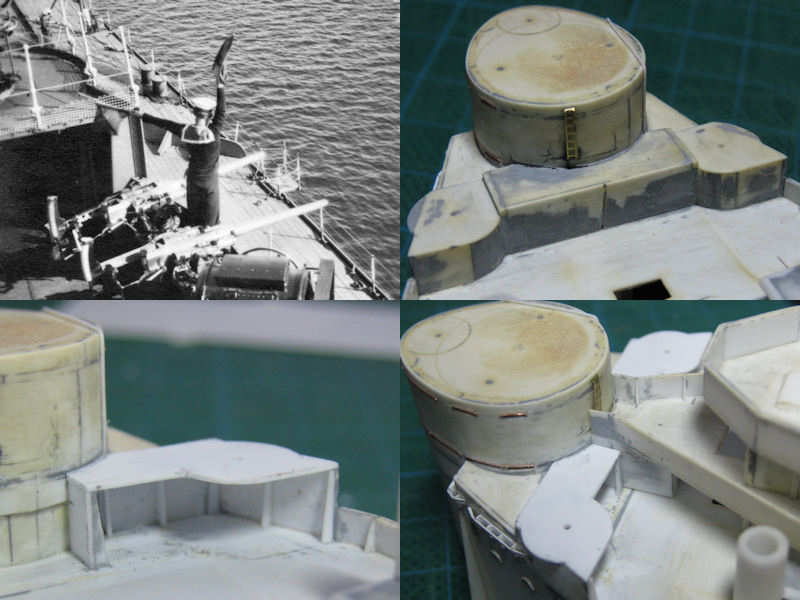 The platforms of the forward quad Vickers guns appeared to be open at the rear, and not closed as I originally thought. I spent this weekend carefully chipping away the old part and added a new platform. Much better! 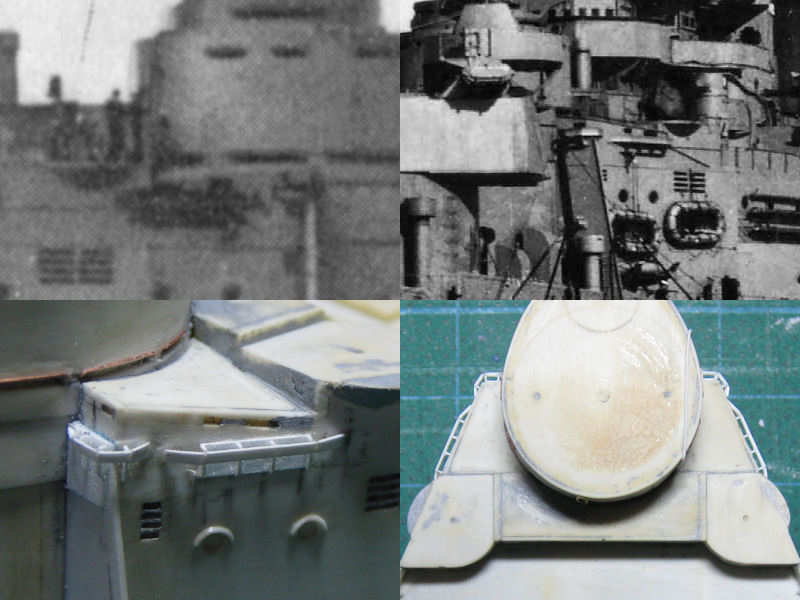 A series of wind baffles are visible near the forward torpedo lookouts. Only a few photographs are available as this is a very late edition, but enough to make a good approximation. 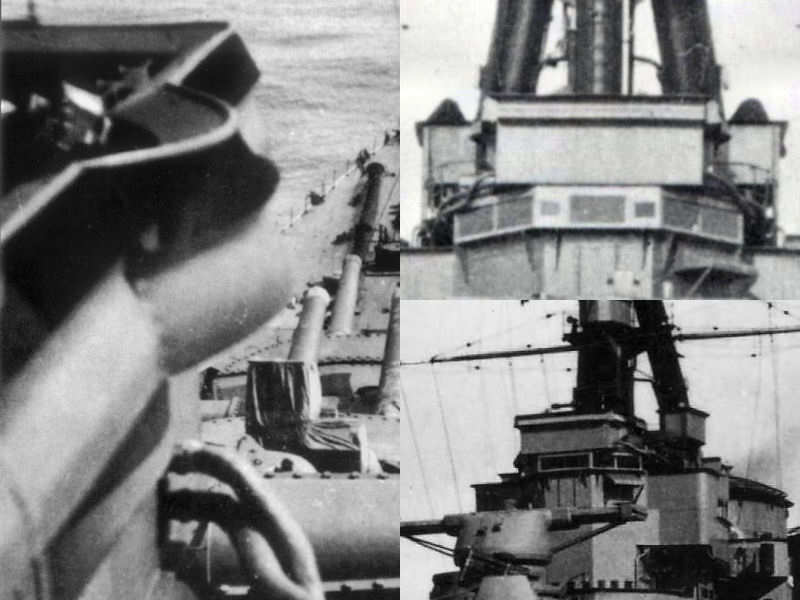 The pictures of the air defense platform (the highest and open deck below the spotting top) was also fitted with a wind baffle and it again took a lot of time to find the right photographs to get an idea of the layout of this detail.

At left you can see that how it was fitted to the splinter shield, going around the small sponson. At right, the wind baffle is seen from two good angles. 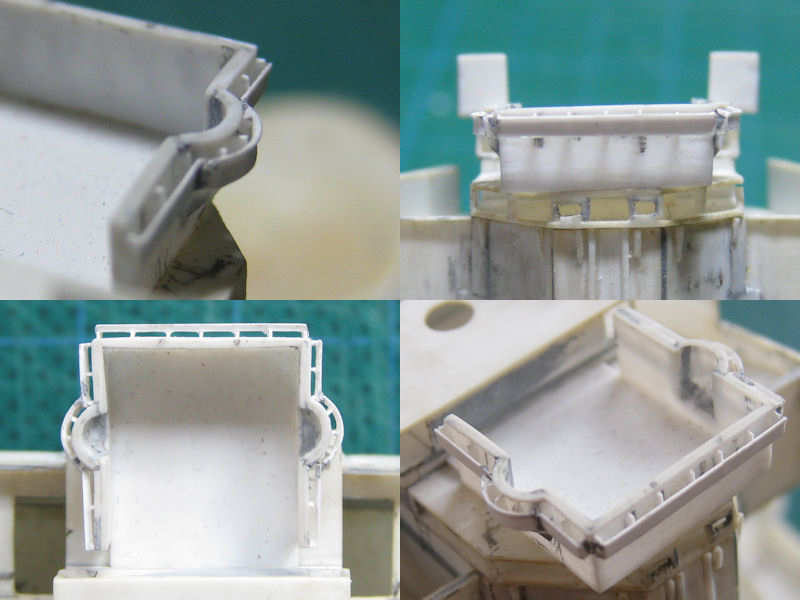 Here you can see the model. The sponsons in the splintershield were particularly nasty to build, being both complex in shape and quite small! The front view shows the bridge suffered a bit from sanding, but the model itself looks good enough. The wind baffles were constructed from 0.13mm plate. A knuckle was added to the plates using a small folding jig.