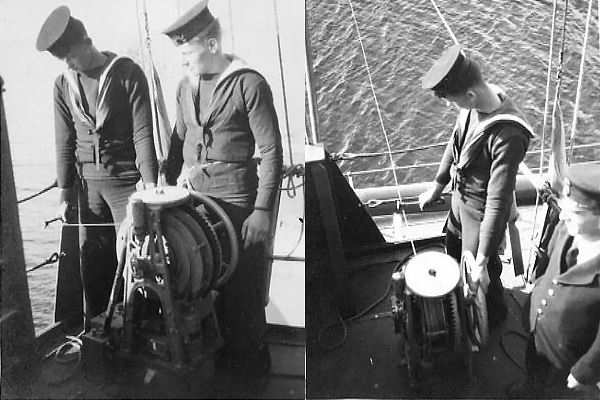 A sounding machine is a device for (as far as I know) measuring the water depth. I wouldn’t have noticed it if it weren’t for these two photographs (from the HMS Hood site). . The “Anatomy of the ship: the flower-class corvette Agassiz” has an excellent drawing of the Kelvin Sounding Device Mk Iv on page 16, but it’s a different type. Good enough for basic dimensions and for some detail. 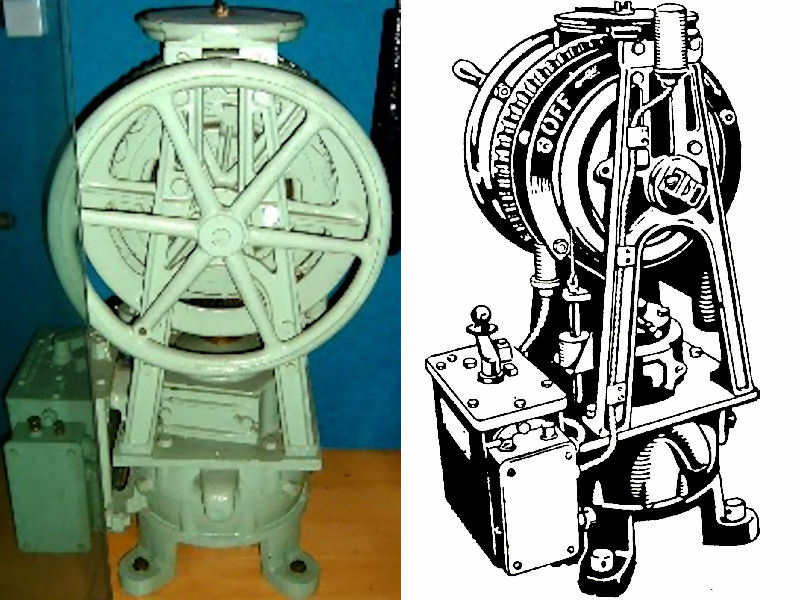 Fortunately, around the time Hood was built, several of the Imperial Japanese Navy ships were built in Britain and carried the same equipment. The photograph at left was found on the net, taken in a Japanese museum. The picture at right is from the book “Grand Prix Shuppan: Anatomy of Japanese Battleships 2”. From these two images I made a small photo etch design in Autocad. 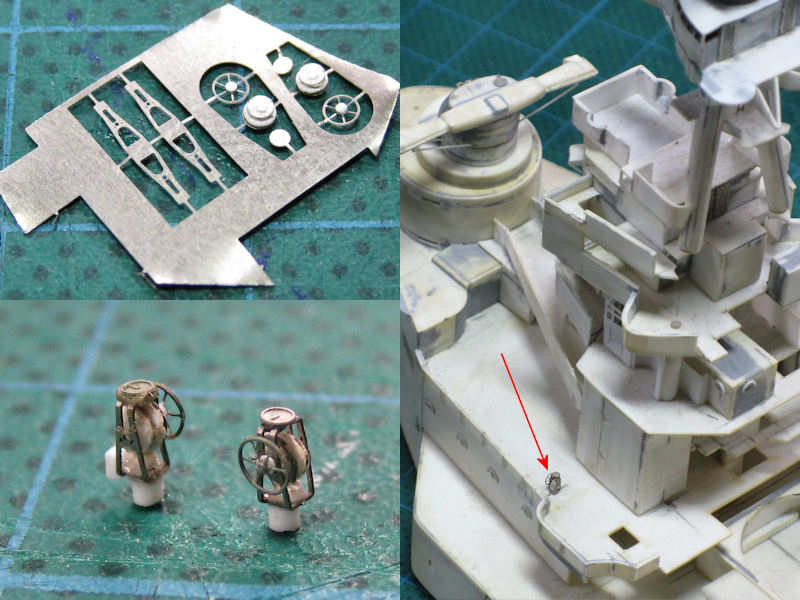 At left, the photoetch parts are shown. I added some disks to simulate the detail prior to cutting the parts loose, making it easier to handle them. The lower picture shows the finished parts. Cute! The picture at right indicates where the sounding devices where fitted to HMS Hood’s bridge structure. That is, if they were still fitted in 1941?