My next build will be HMS Prince of Wales in her disruptive camouflage scheme. For a while I was planning to build her alongside the Dido-class cruiser HMS Euryalus; they were part of the same group for a while and share a wide range of equipment, among others boats and launches, pompoms, and 5.25″ turrets, and, HMS Euryalus had an equally interesting disruptive camouflage scheme similar to HMS Prince of Wales’. I briefly collected images images of Dido’s and of HMS Euryalus, Cleopatra and Charybdis sharing the early-war camouflage pattern. This camouflage pattern is particular interest as fate would have it, from the roughly 15 images I found all images of Euryalus and Cleopatra are from the starboard side and all images of Charybdis are from the port side. I have been searching deliberately for images of the battle of the Sirte as I expected that would give the best chance of a shot of HMS Cleopatra during the battle; one image I first found in Haynes’ book is a dud as it is reversed, but eventual I found one. The pattern was completed and shown below, doodled into a drawing by Alan Raven, with some liberties taken here and there. A nice aerial show allowed for the deck pattern. As with HMS Prince of Wales, the colours used remain a point of discussion but at the moment(!) I’d guess MS1/B5/MS3/MS4/MS4a. 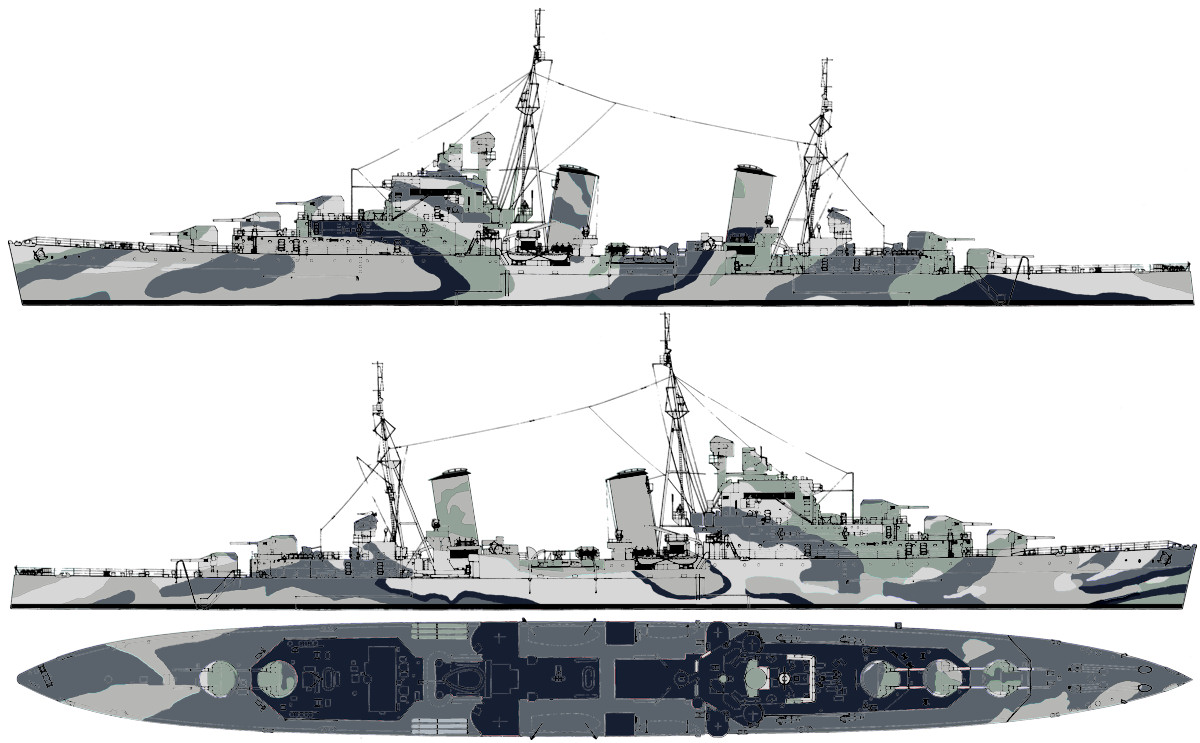 I needed an excuse to get both ships in the same frame, either exchanging mail or fuel, so I collected images on those subject as well, but meanwhile dropped the idea of building HMS Euryalus altogether and will am now planning to pair HMS Prince of Wales with USS McDougal, an exchange that at least actually happened. Pictures of Dido’s aren’t really scarce with many of them showing a cruiser entering or exiting the harbor of Valletta, Malta. I found one album of HMS Euryalus which was kinda nice, but not really. Some pictures you no doubt have seen earlier; I added a few other decent random shots of ships in her class. 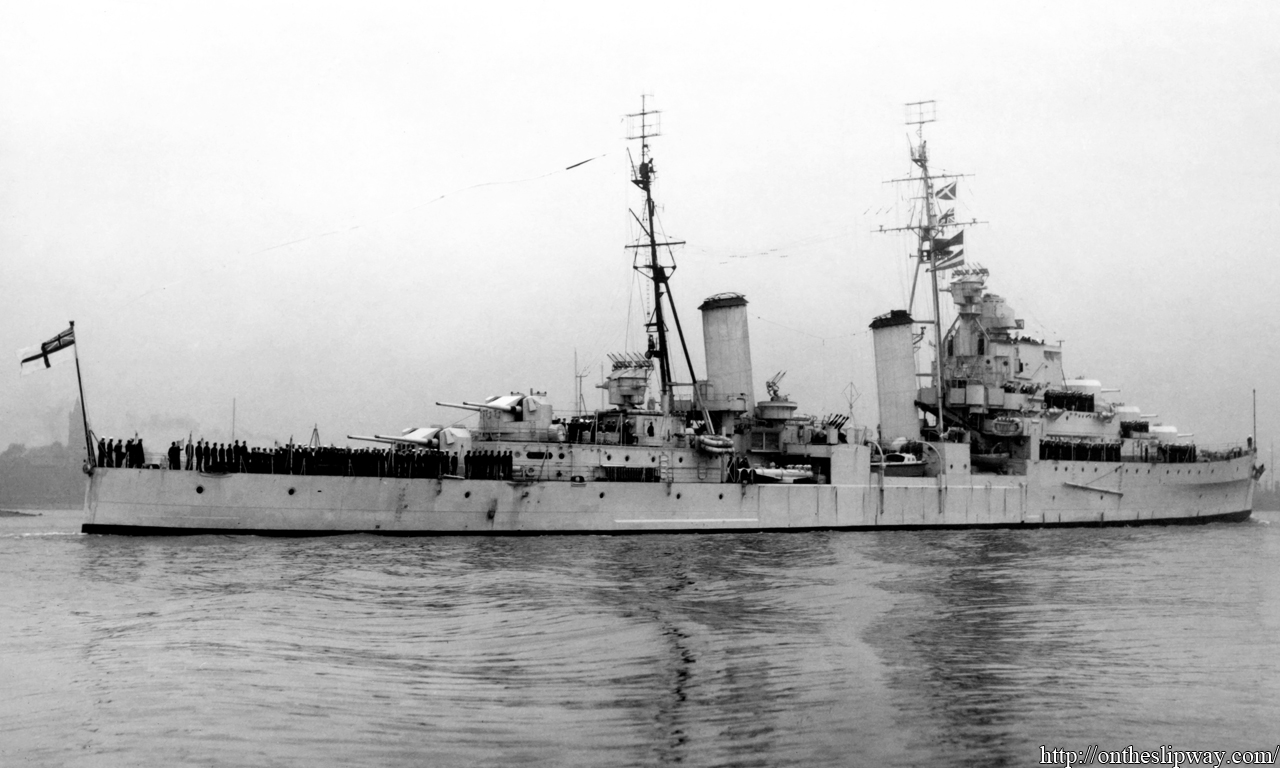 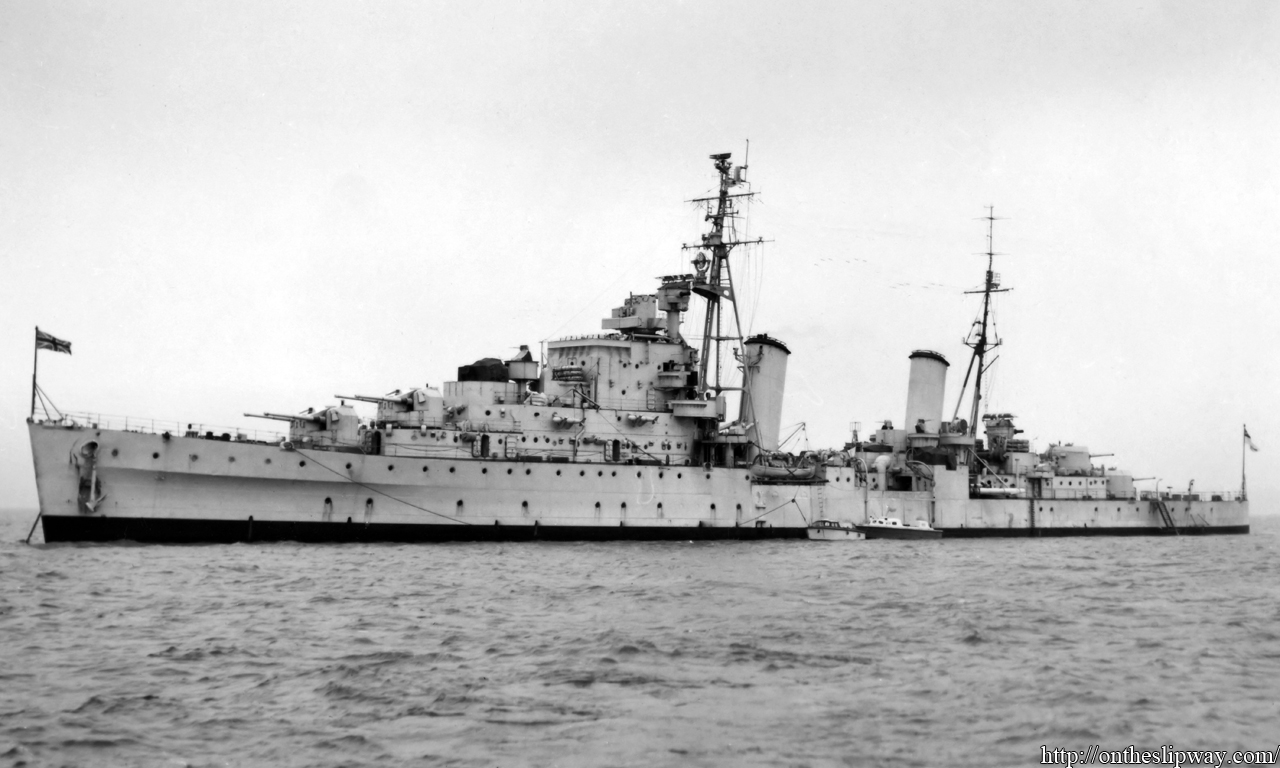 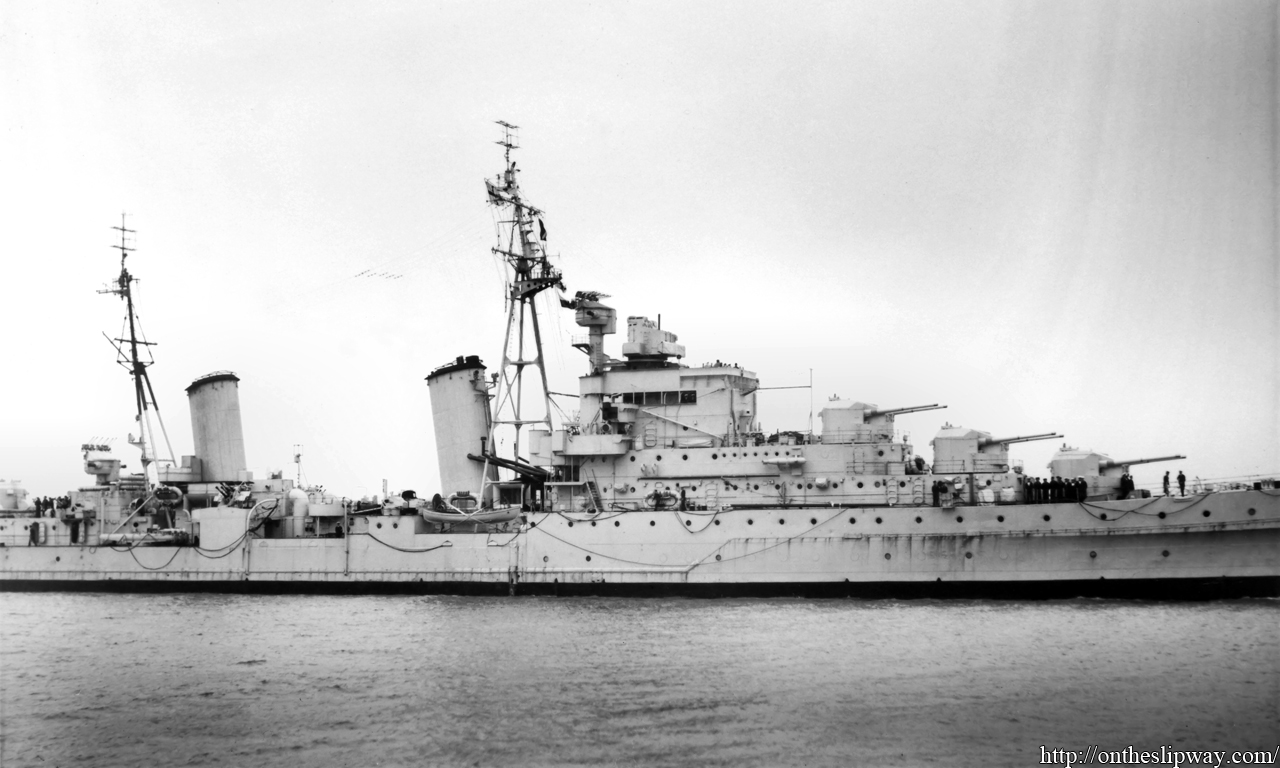 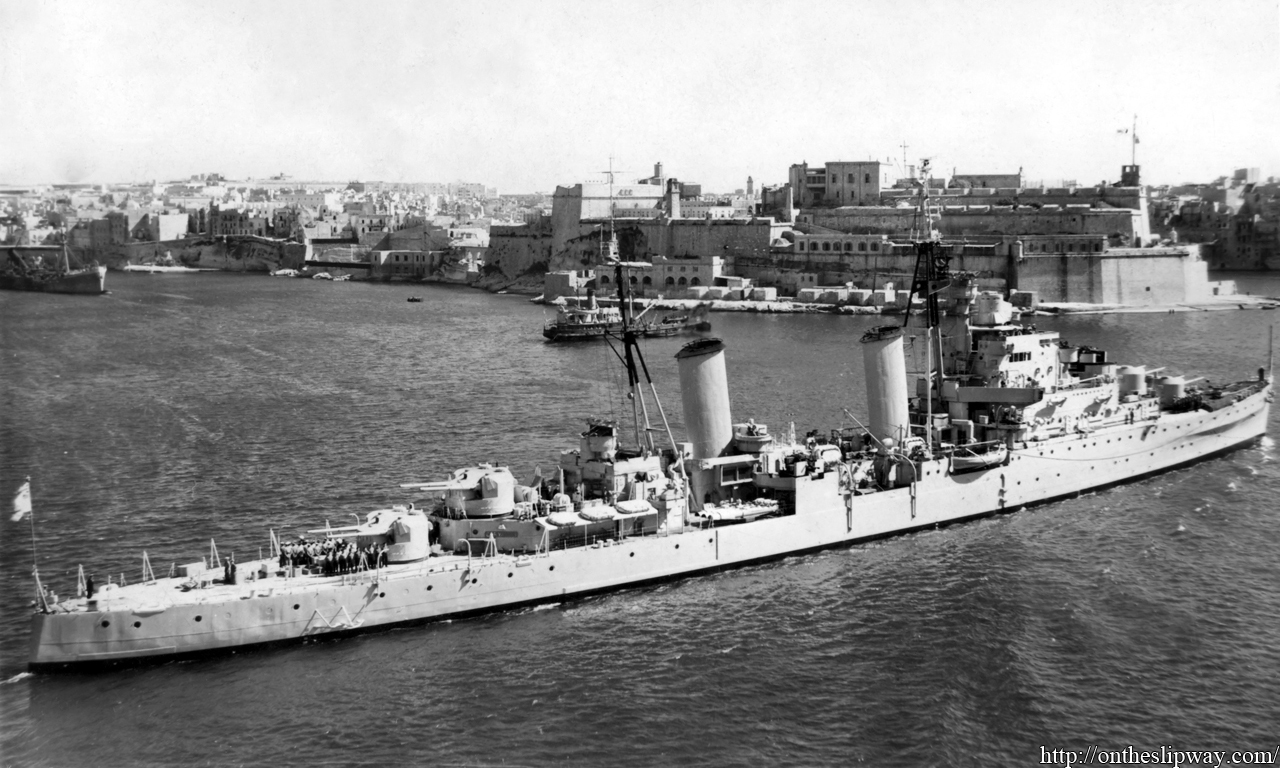 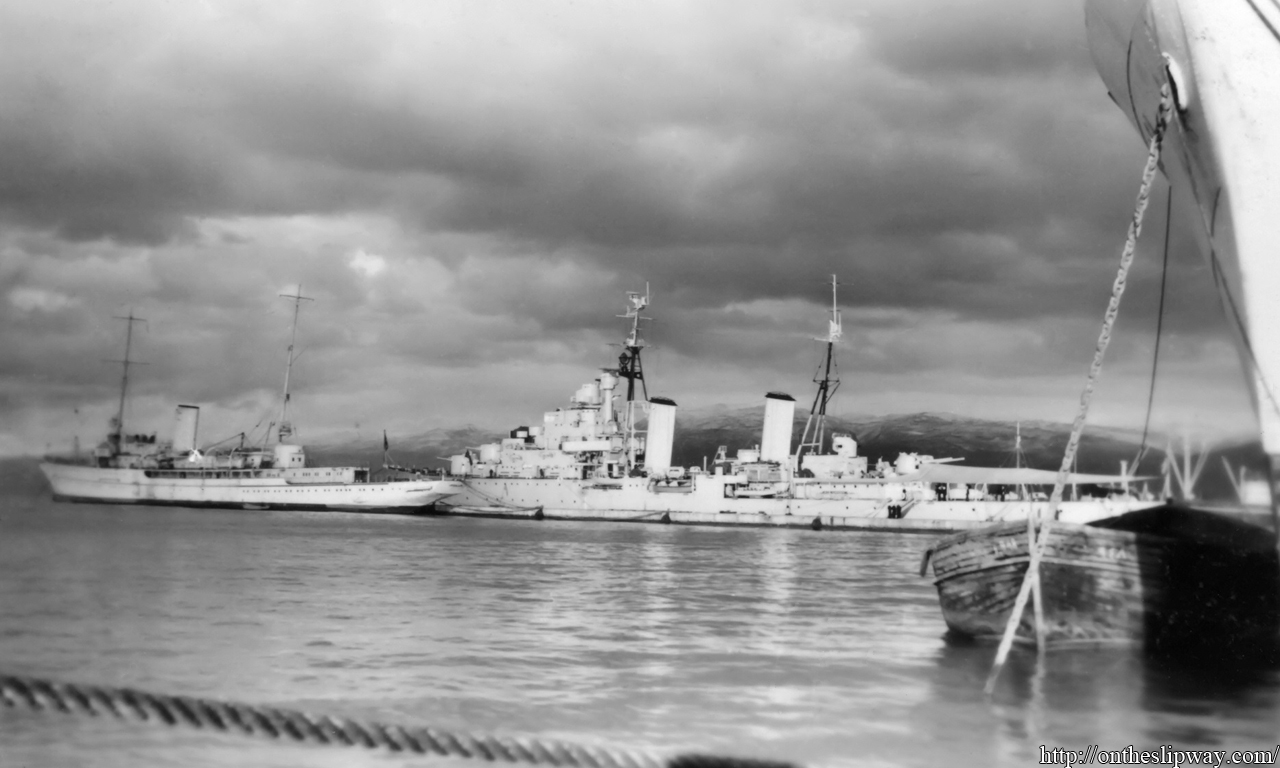 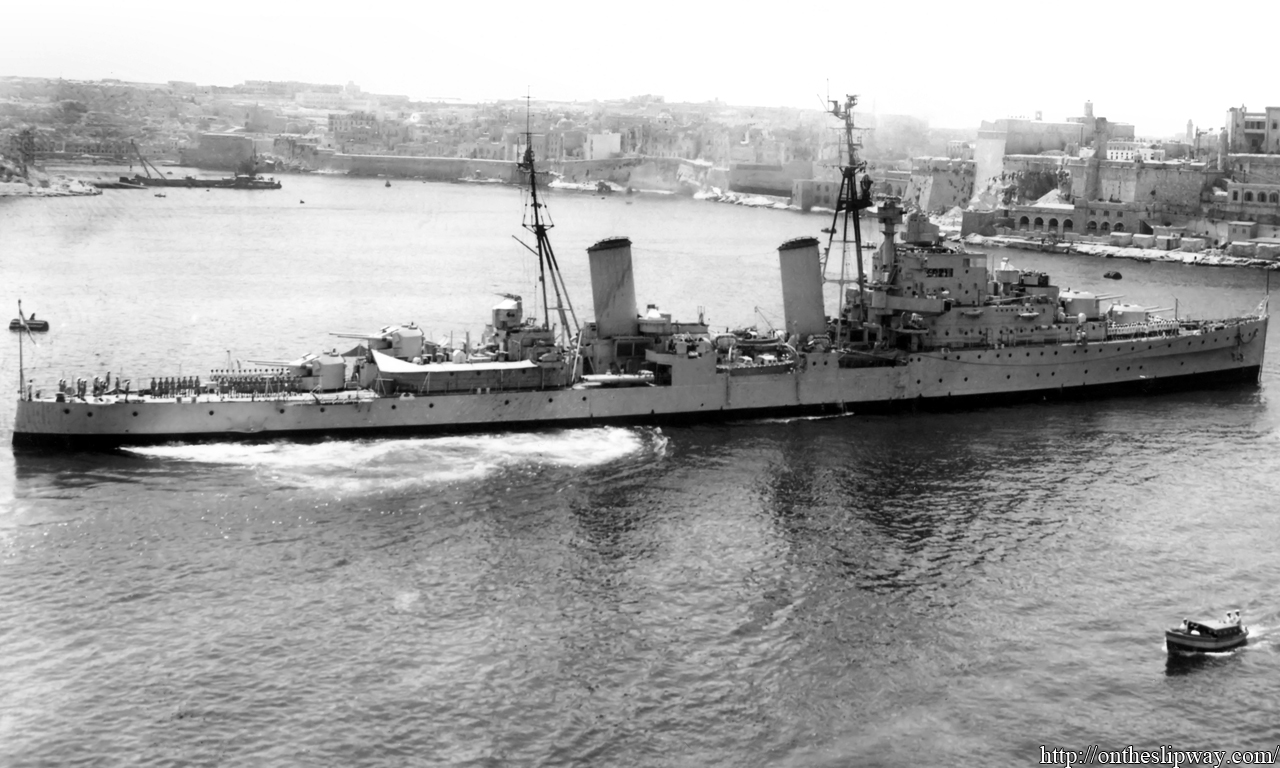 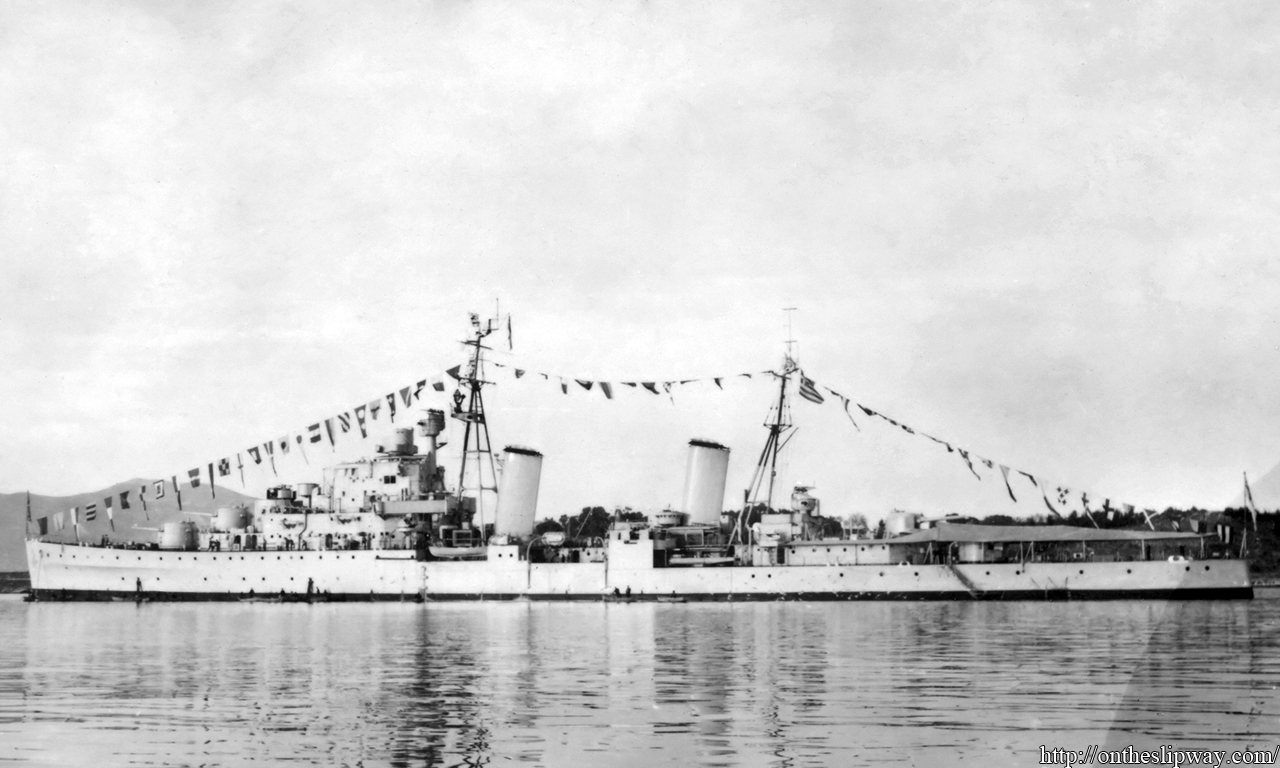 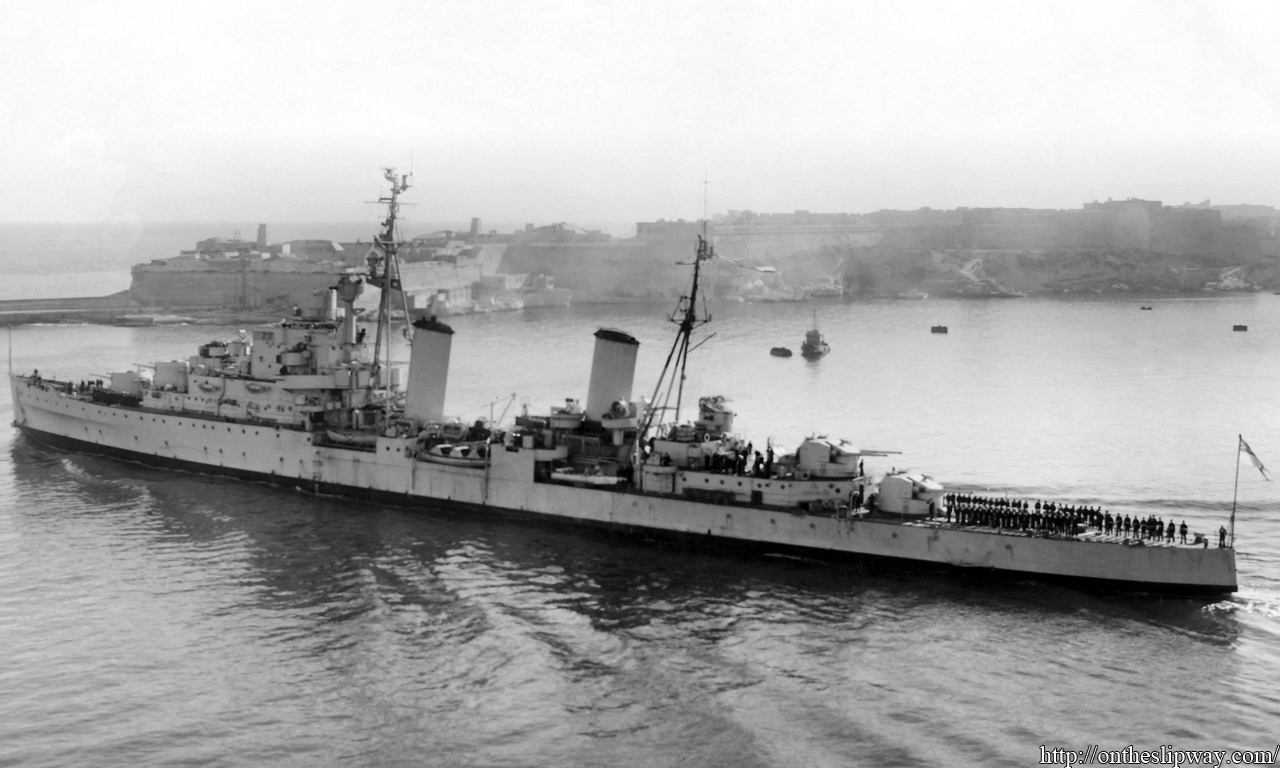 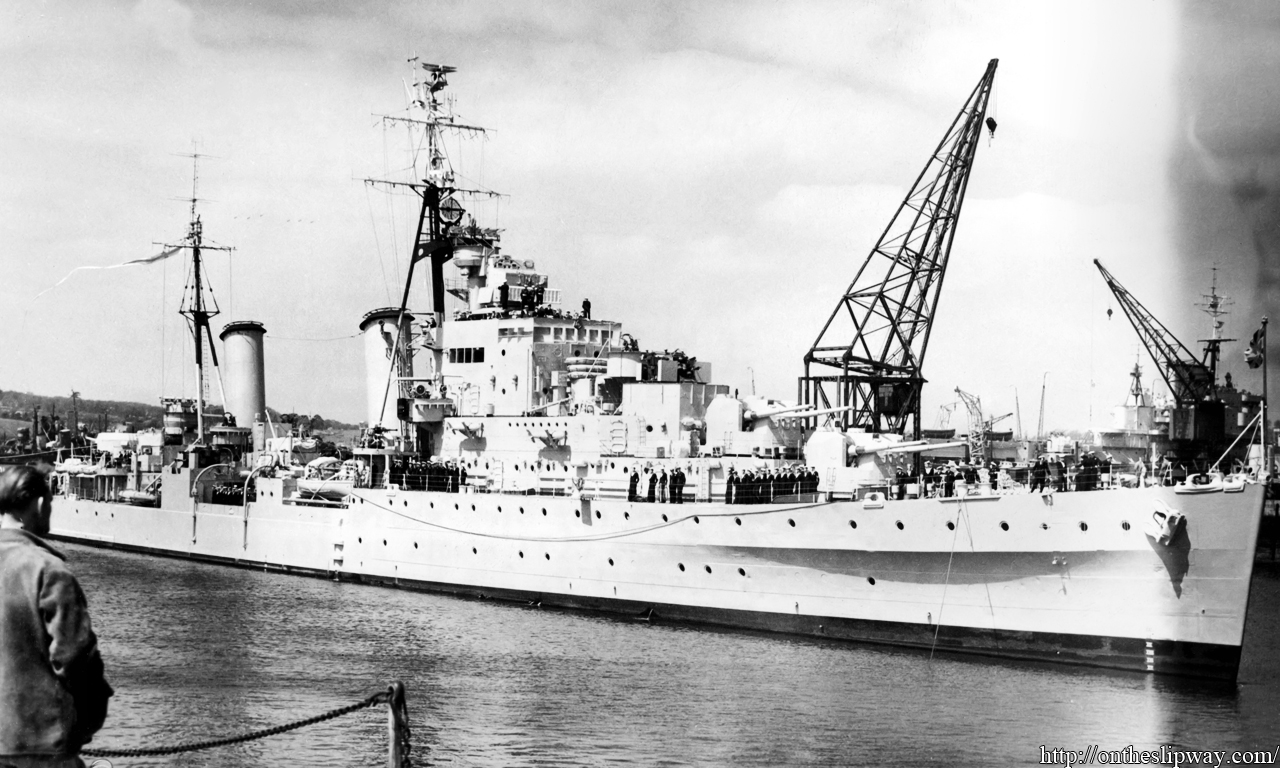 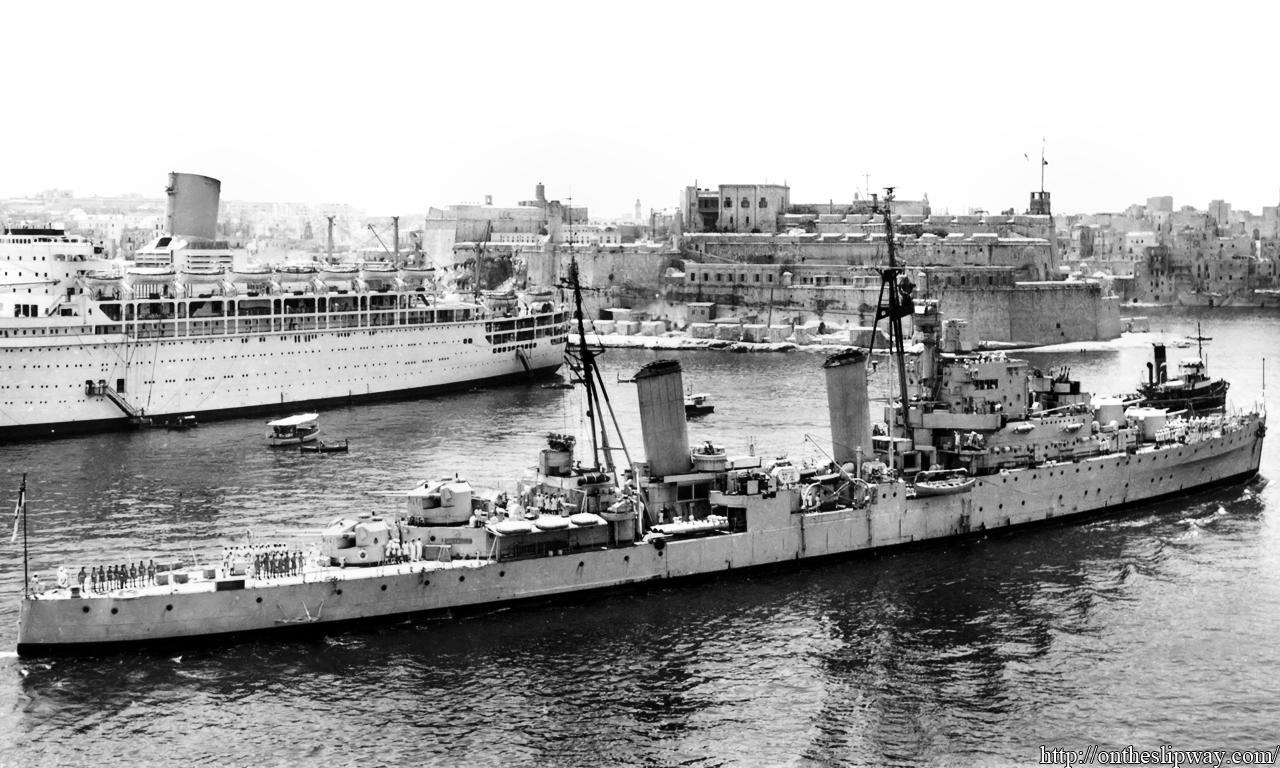 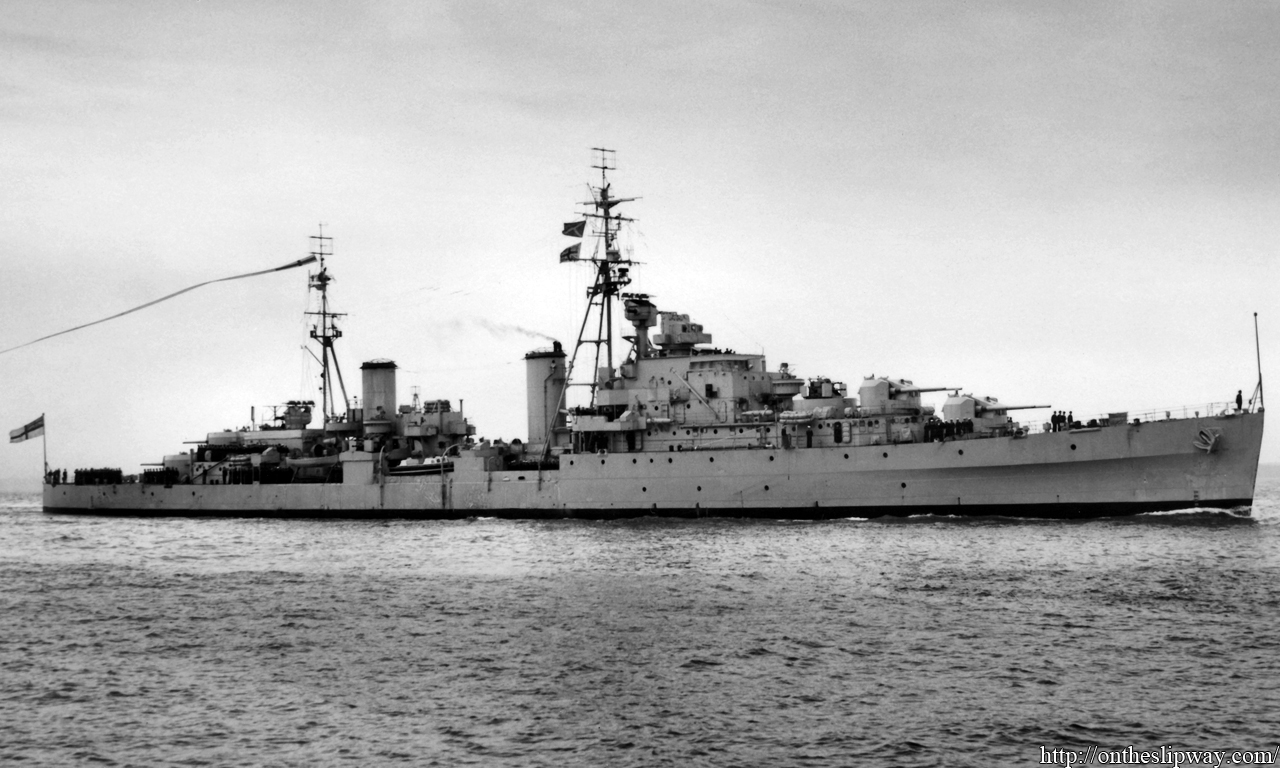