Two paravanes were mounted just aft of the conning tower, stowed to a bulkhead. Two others were stored in the lockers in the forward breakwater. There are many pictures of paravanes at The Vickers Photographic Archive. The size was determined from several Anatomy of the Ship series and estimates from photographs.

I used a drawing from the Grand Prix Shuppan series as a starting point for the design of the etched parts. Most early Japanese warships had Royal Navy style equipment on board and this drawing is an excellent match. 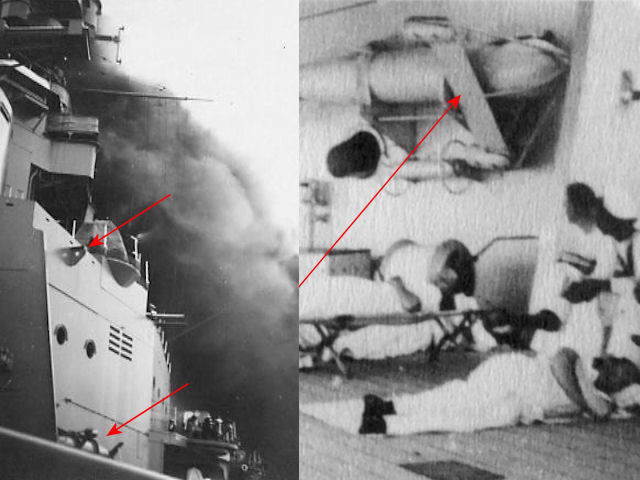 Note that the paravanes are not stored flat to the bulkhead, but at an angle. There’s a lifting eye on the superstructure and a hoist on the paravane that is off center so this was probably the easiest way to store it. 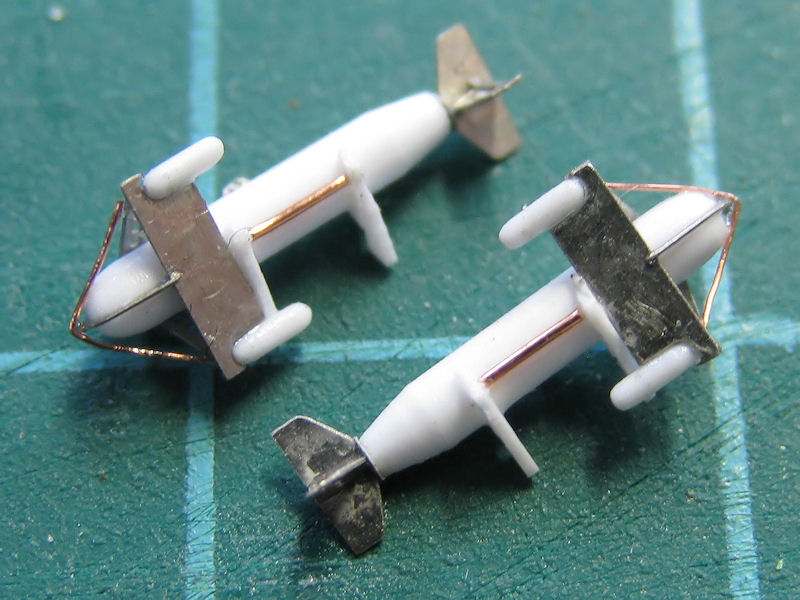 The part itself is made up from a tapered tube (lathe) and a series of etched parts. The cradles are already fixed to the models. The hoists aren’t in the same spot, but these parts are very very small and also not well visible when fixed to the model. 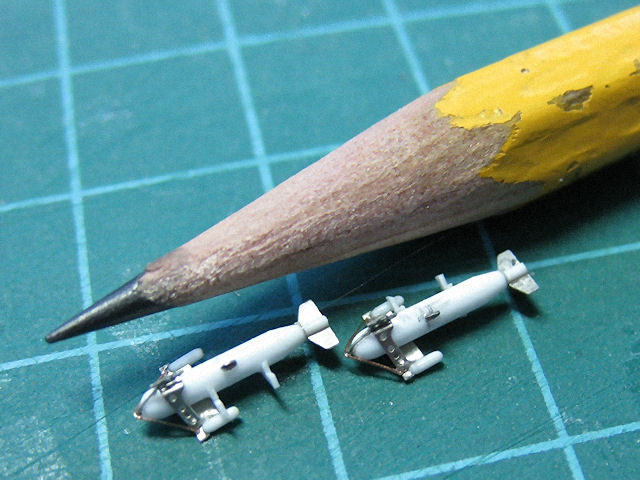 There isn’t really much else to say, except that they are very small and took about five hours to assemble.