Continuing from Shelterdeck, part I. 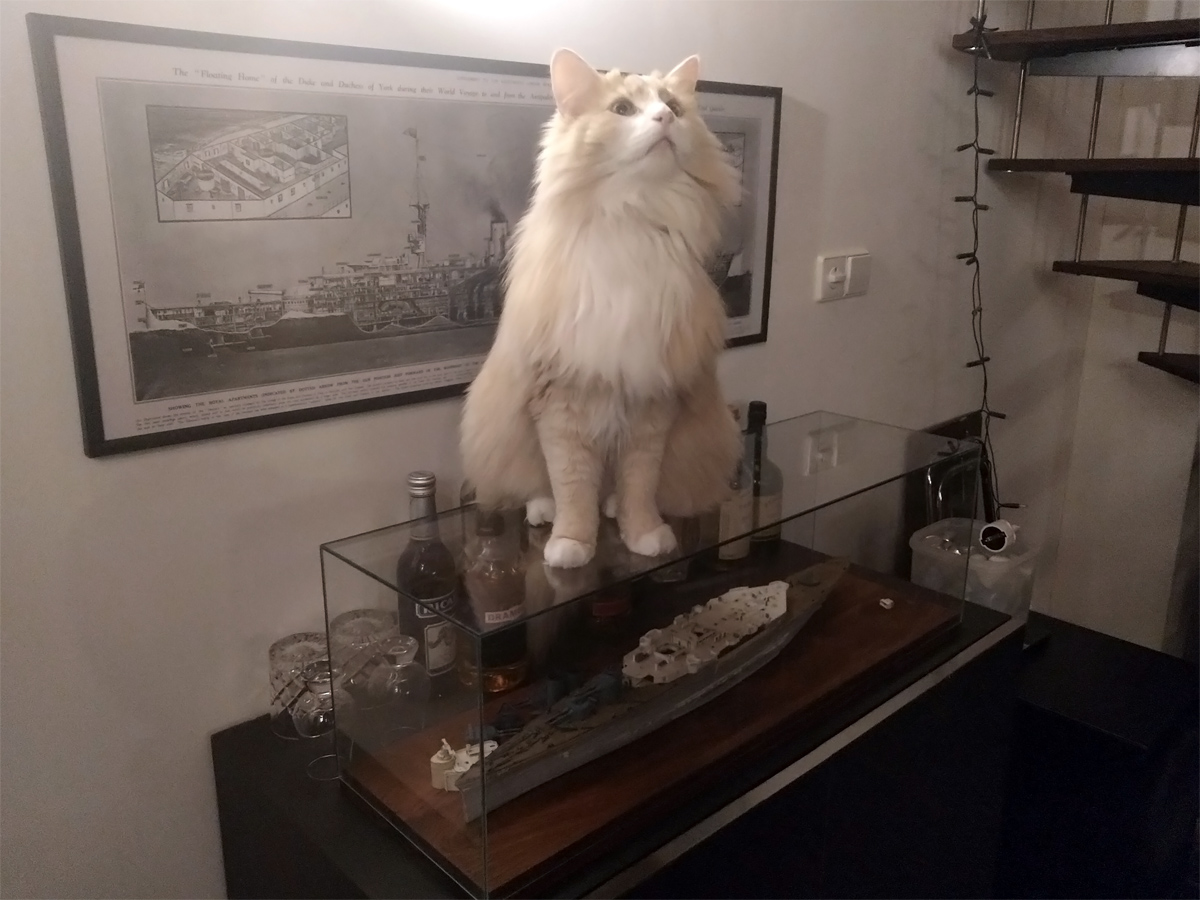 This is a bit of work from just before the great audio project that ran over eight months or so and not work done in the last weeks. Remember to not leave your model unattended or properly protected against Sigrid the Destroyer when your attention is diverted to other projects. 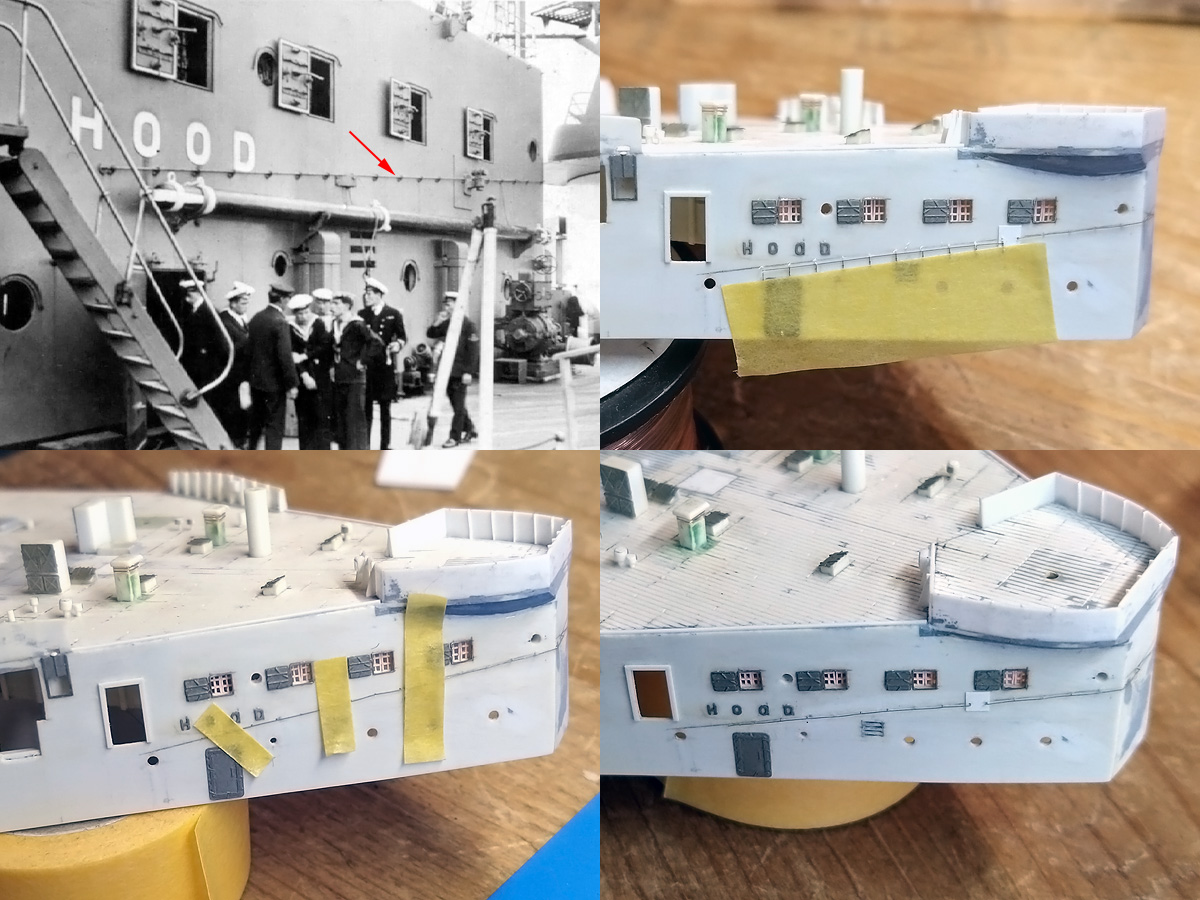 There’s a small awning rail on the side of the quarterdeck bulkhead that was made from some leftover GMM ultra-fine 1:700 railing set. I prefer fixing the rail by drilling in the model, so I added a small line and taped the rail in place. With a 0.2 drill the right location was first ‘marked’, later drilled in using the pin vice. Then follows the horrible part; inserting the rail in bulkhead. I use a bit of tape to keep the part in place. I forgot to photograph the gluing process, using a small 0.25mm strip wedged between the rail and the bulkhead as a spacer, gluing one or two locations at a time. Some minor aligning and re-gluing is typically required afterwards (plus after handling damage). 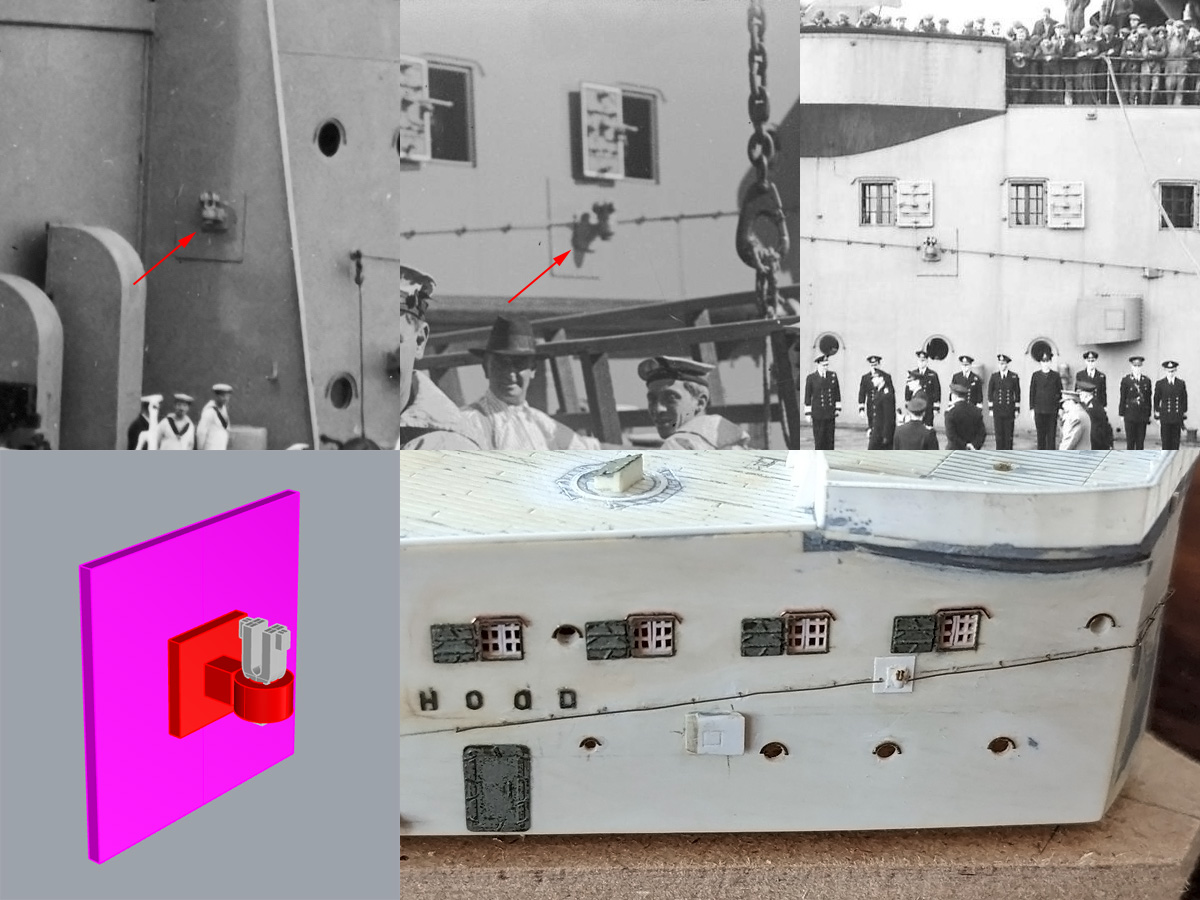 Various eyebrows and details were added next. There’s a small je-ne-sais-quoi on the bulkhead, and a similar pair against the bridge superstructure (top left). It might be a pulley to pull up the awning, but I’ve not been able to find an image where this part is actually used. A small cover over the vent opening was added as well. A number of small vents and the supports for the ladders will added at the last minute; too worried they may break off during handling. 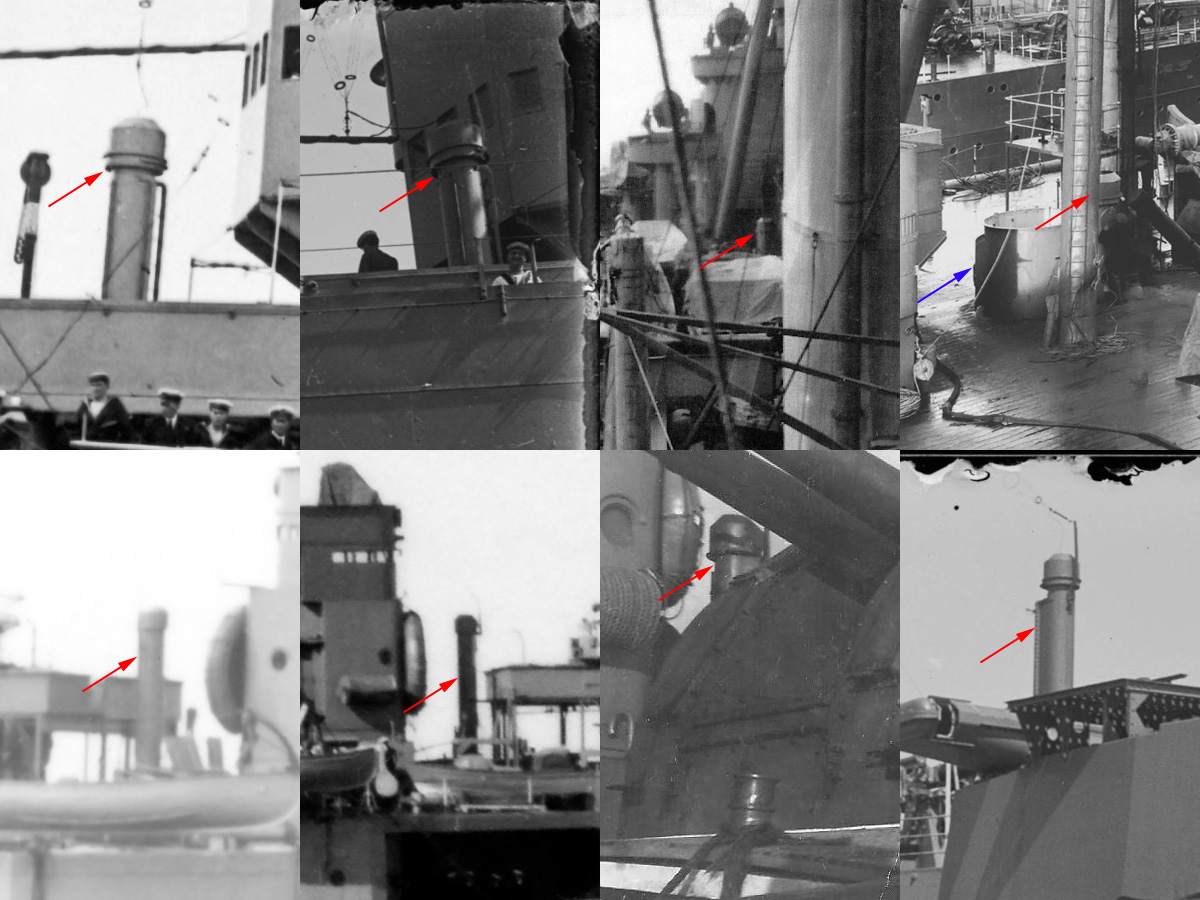 A number of aerial trunks is present, given in full in the AOTS, section F (rig), with each group running to a separate W/T office. An auxiliary W/T aerial runs from the top starfish to a trunk near the conning tower; this trunk as a small ladder (top left images). The main aerial and main auxiliary trunks are situated near the main mast; I managed to find only a few images that shows them both (top right images). The main trunk is a fair bit larger and is a open cylindrical structure with an access hatch seen open (outer top right). A third trunk is present just aft of the searchlight platform; according to the AOTS this trunk was added in 1937 and runs to the second W/T office (bottom-left images). The bottom right image shows the original position of this aerial trunk at the aft end of the shelterdeck, but it was moved aft when the pompom bandstand was added. 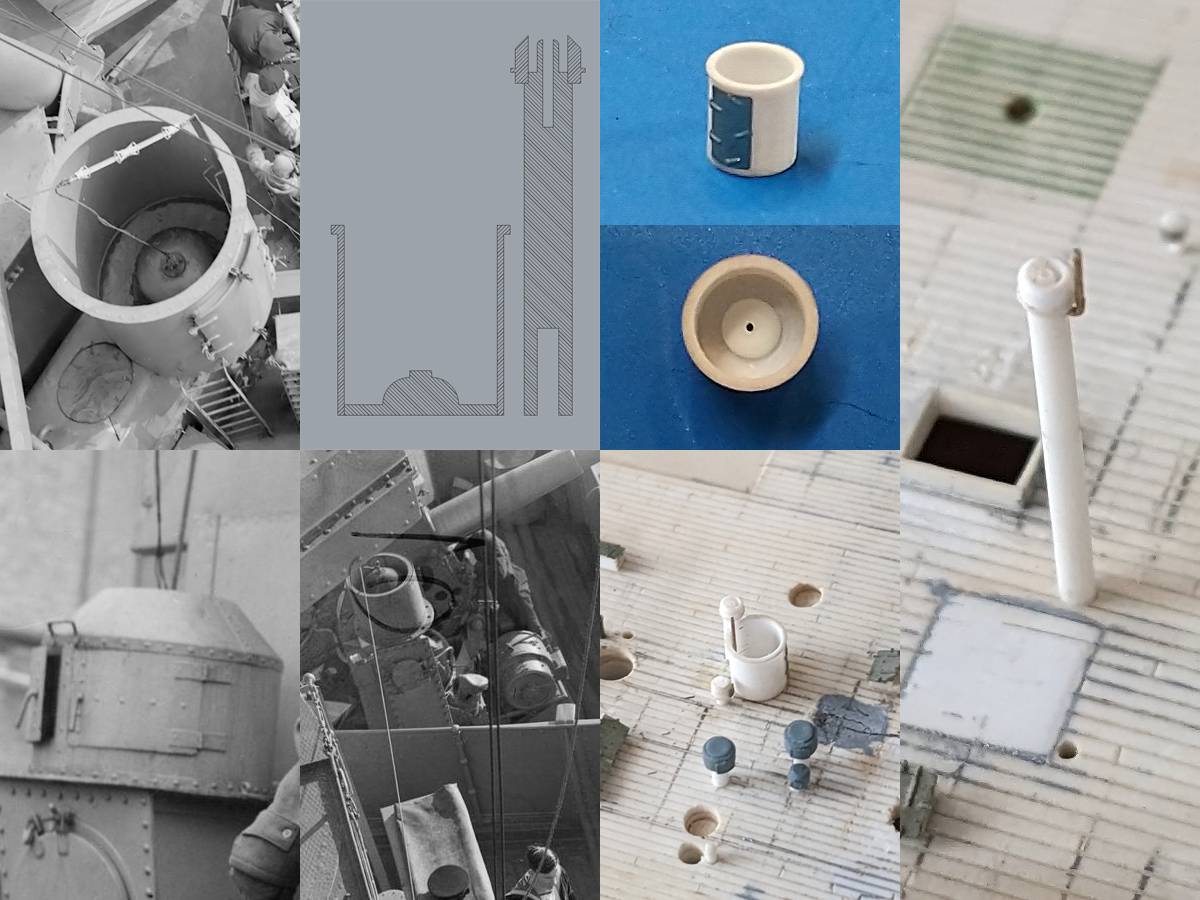 I found images of various aerial trunks on other ships with a larger trunk aboard HMS Prince of Wales, and a few smaller trunks aboard a destroyer and HMS Rodney.  A fair estimate was made to create the parts using my lathe (which was really fun to do).