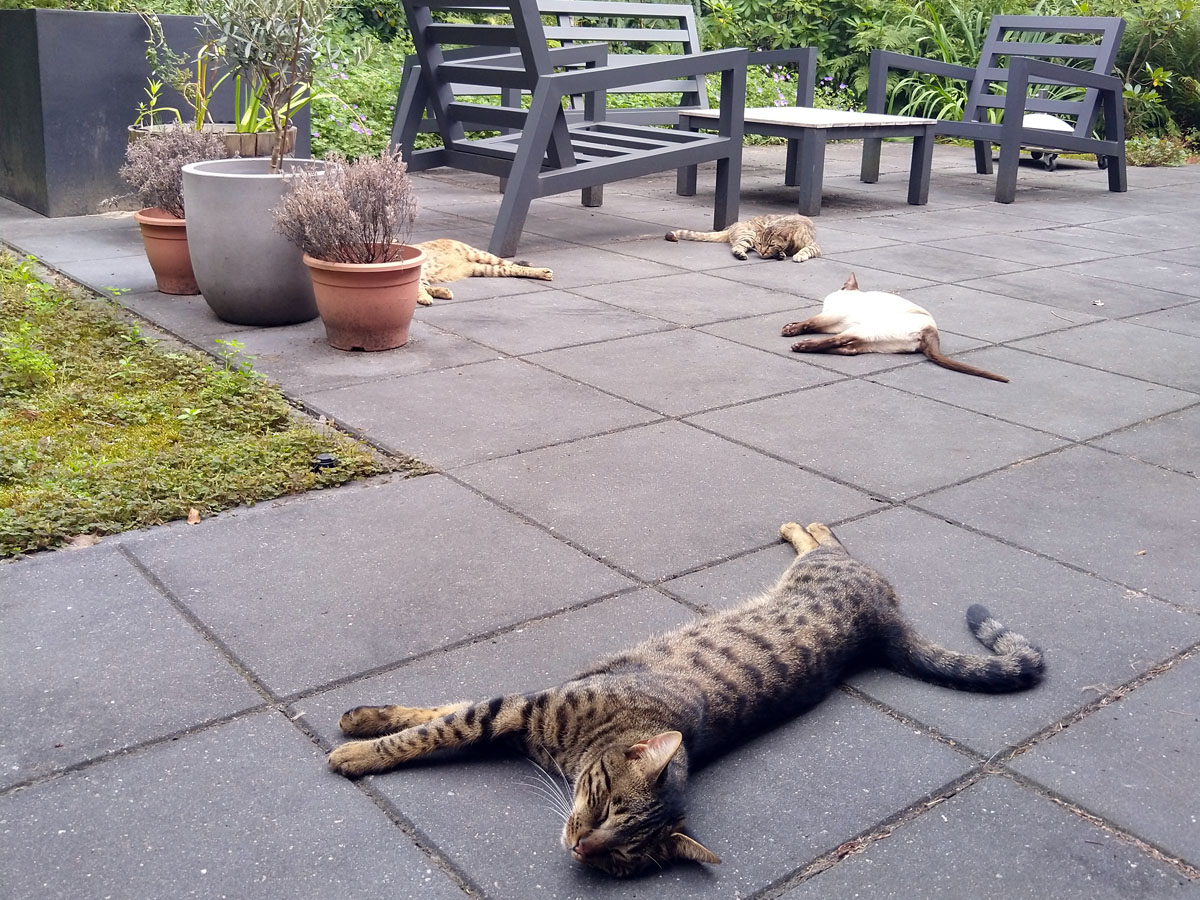 When your cathometer indicates it is too warm for modeling there’s only one thing left to do: building your own speakers. HMS Hood had to wait for a few months.

I previously posted the progress on my Orion speakers and initially wanted to build a few more. I had collected the 20 amplifiers channels and five filters ready to hook up the remain three. One beautiful day in 2017 my Siamese cat Blair mistook my stack of amplifiers for a tree and decided claim it as its own by marking it. At first we heard a cackling sound from the speakers, followed by the amps bellowing large amounts of white smoke. Finally the mains shorted out. I tried cleaning them as best I could but only one out of three Rotel 1077s would come back to life.

I brought them to the repair shop and they concluded that one mainboard had certainly to be replaced and one separate channel as fried. After a brief (not really) period of financial mourning I abandoned the upgrade path.

Meanwhile the Orion were updated a few times and not all components were available anymore; the electronics I built could not be modified easily to get the last update. Also, a new design appeared for the same designer, replacing the Orion: the LX521. I decided to switch projects and continue.