HMS Hood was launched on the 22nd of August 1918 at John Brown & Co shipyard. These images were originally owned by Sir Thomas Bell, the MD of John Brown & Co and I was fortunate to obtain them. Some of these images—and quite a few others—can also be found in Ian Johnston’s highly recommended “Clydebank Battlecruisers”, (2011) and “A Shipyard at War” ( 2014),  Seaforth Publishing. 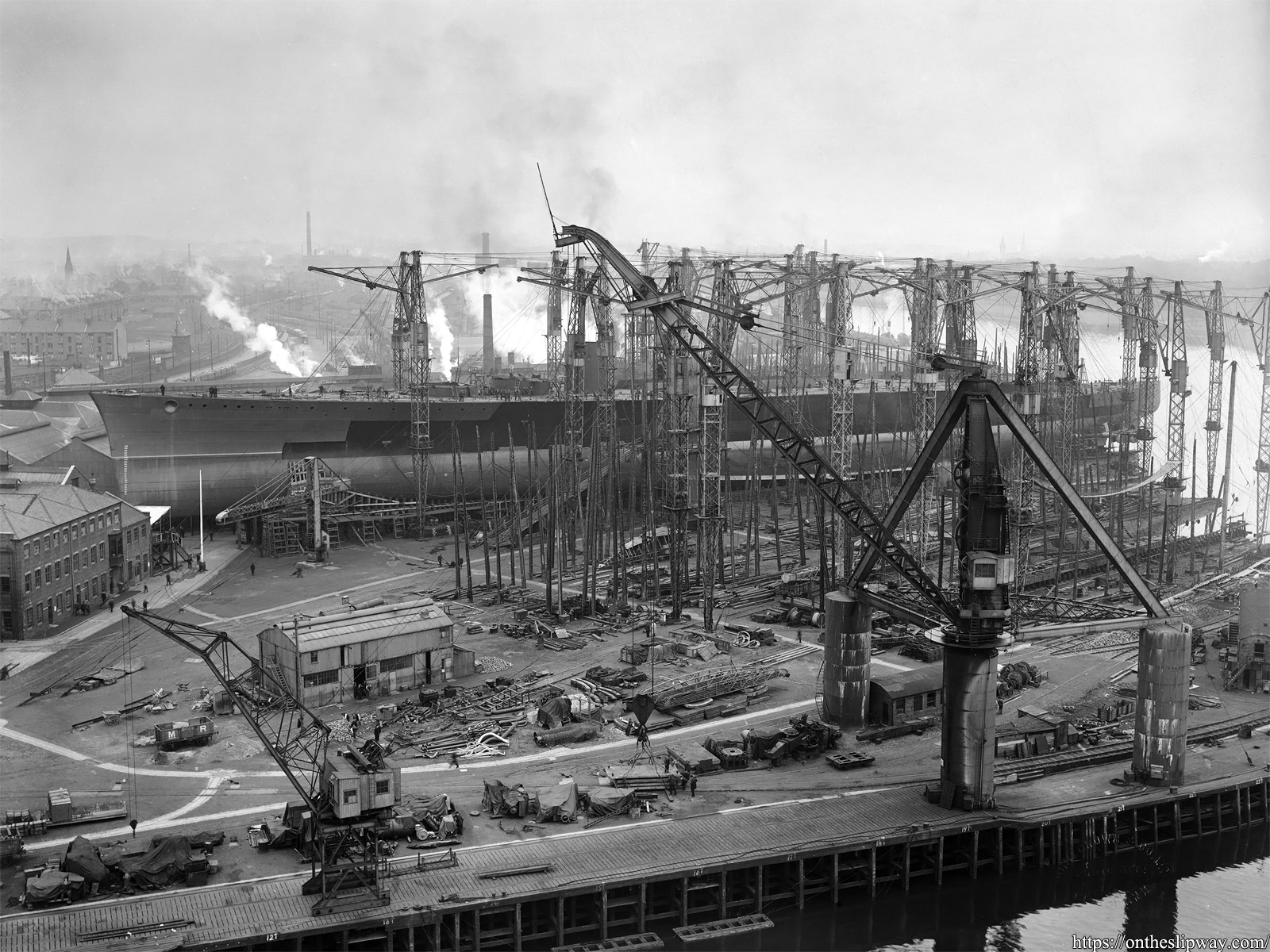 A wonderful shot of HMS Hood’s hull on No 3 slip (Johnston, 2011). This is my favourite image, showing the chains used to stop the hull during launch (more clearly visible in the following image bottom right), the large 150 ton derrick crane in the foreground, the yard’s shops and stores, a forest of cranes, the buildings and train yard, church towers at right. 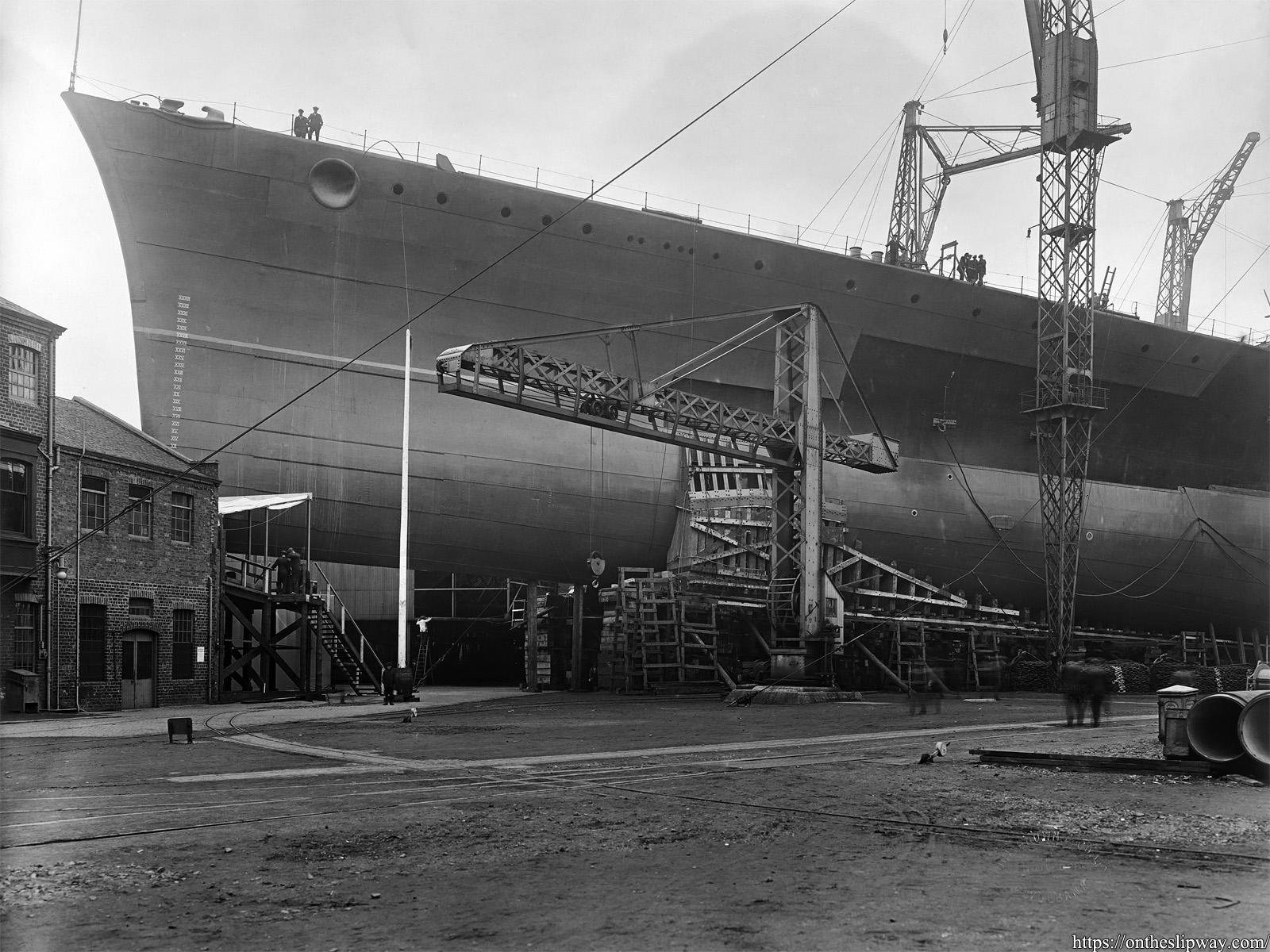 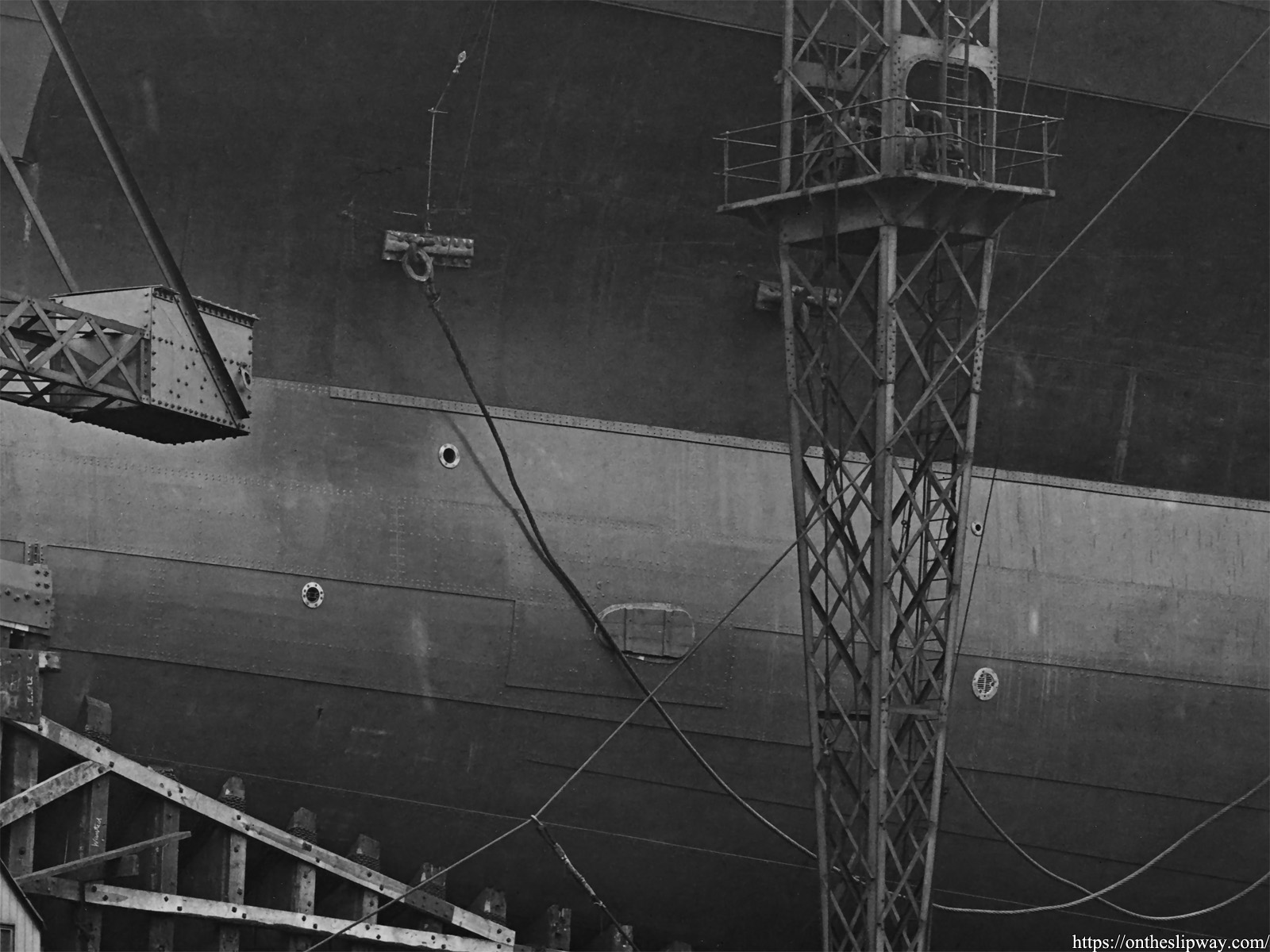 This close-up shows the port side underwater torpedo tube; the starboard tube on the opposite side was slightly more upstream. The openings in the hull upstream and downstream of the torpedo tube are seacock openings with discharge openings above them. 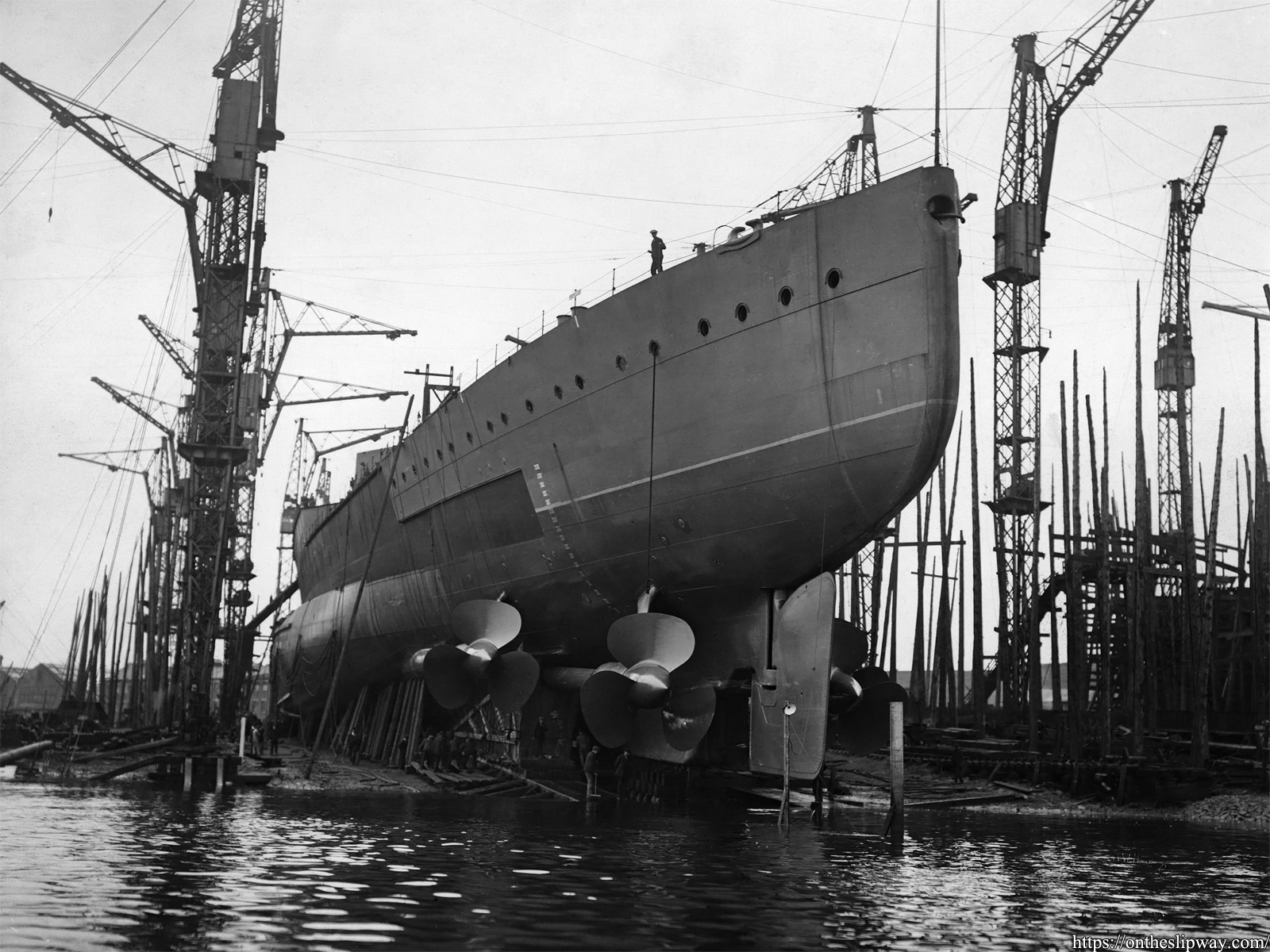 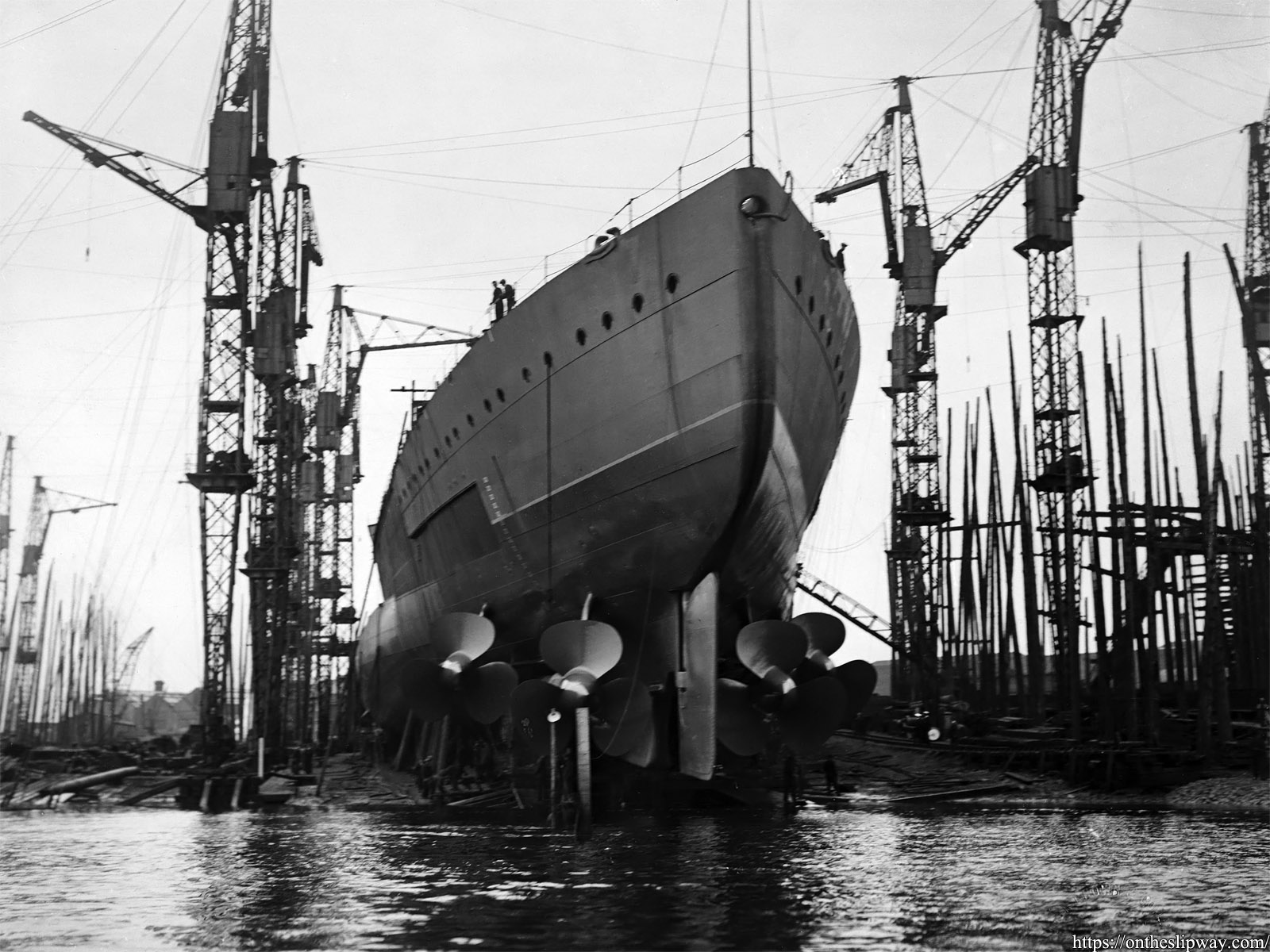 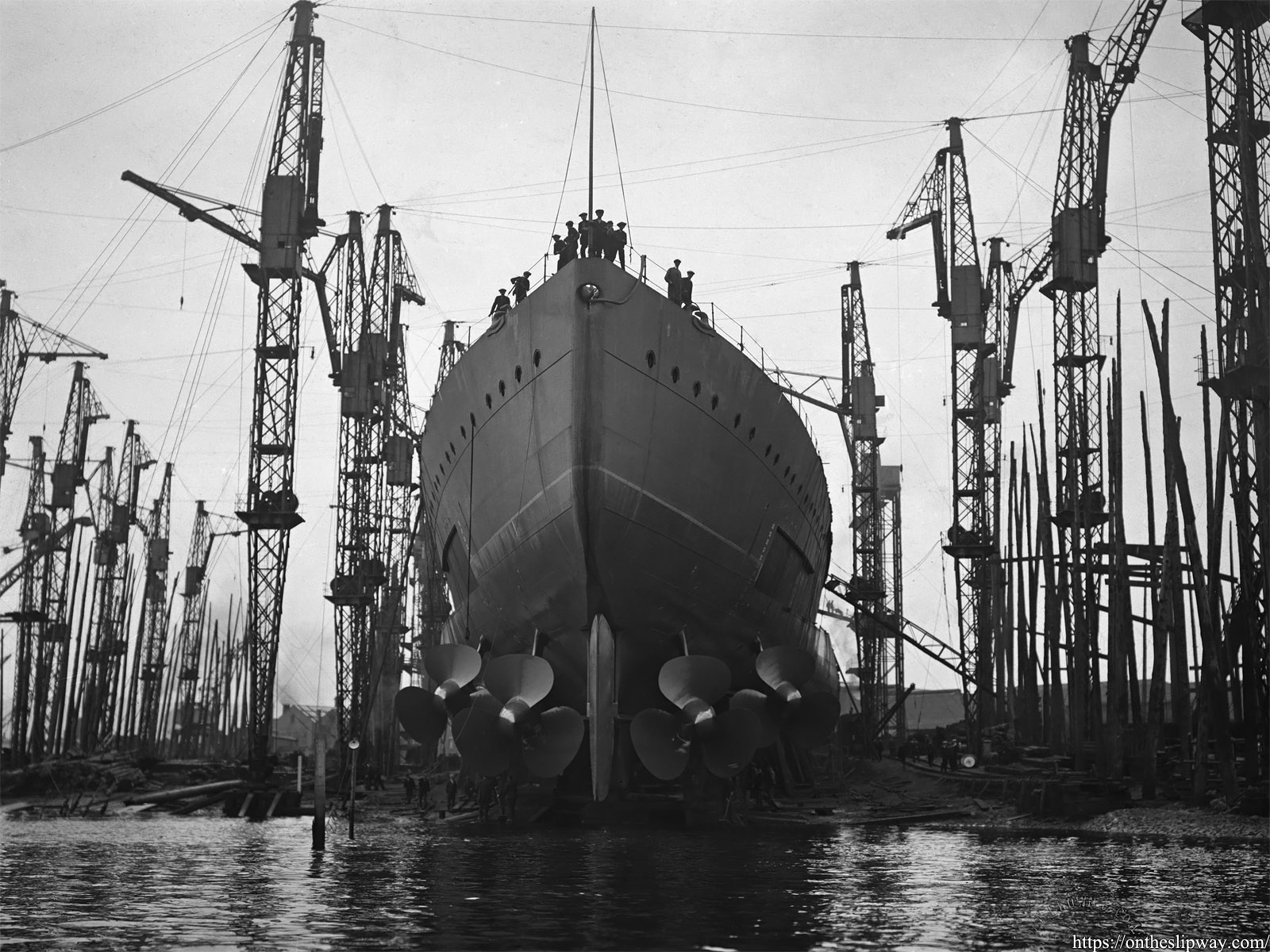 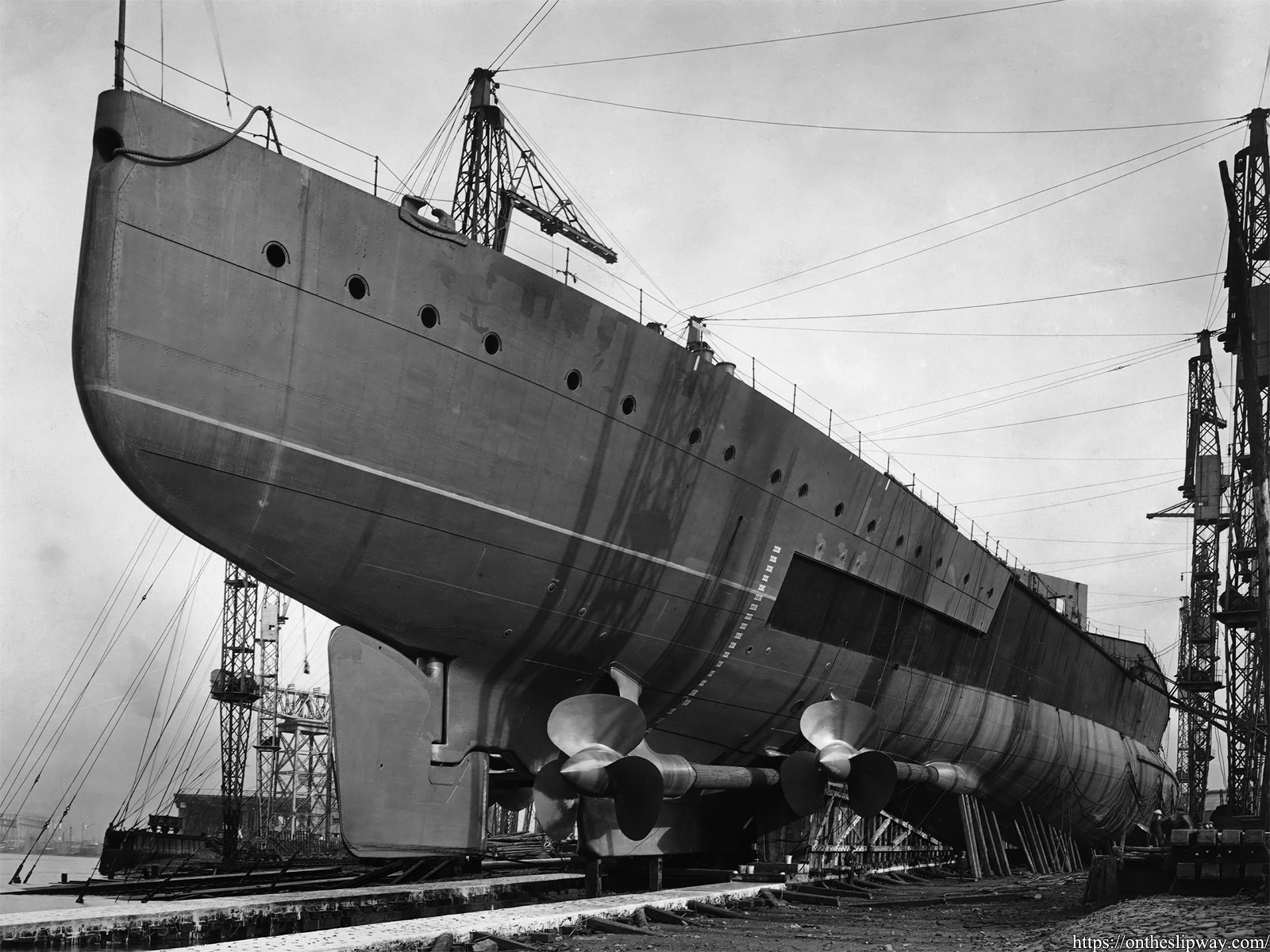 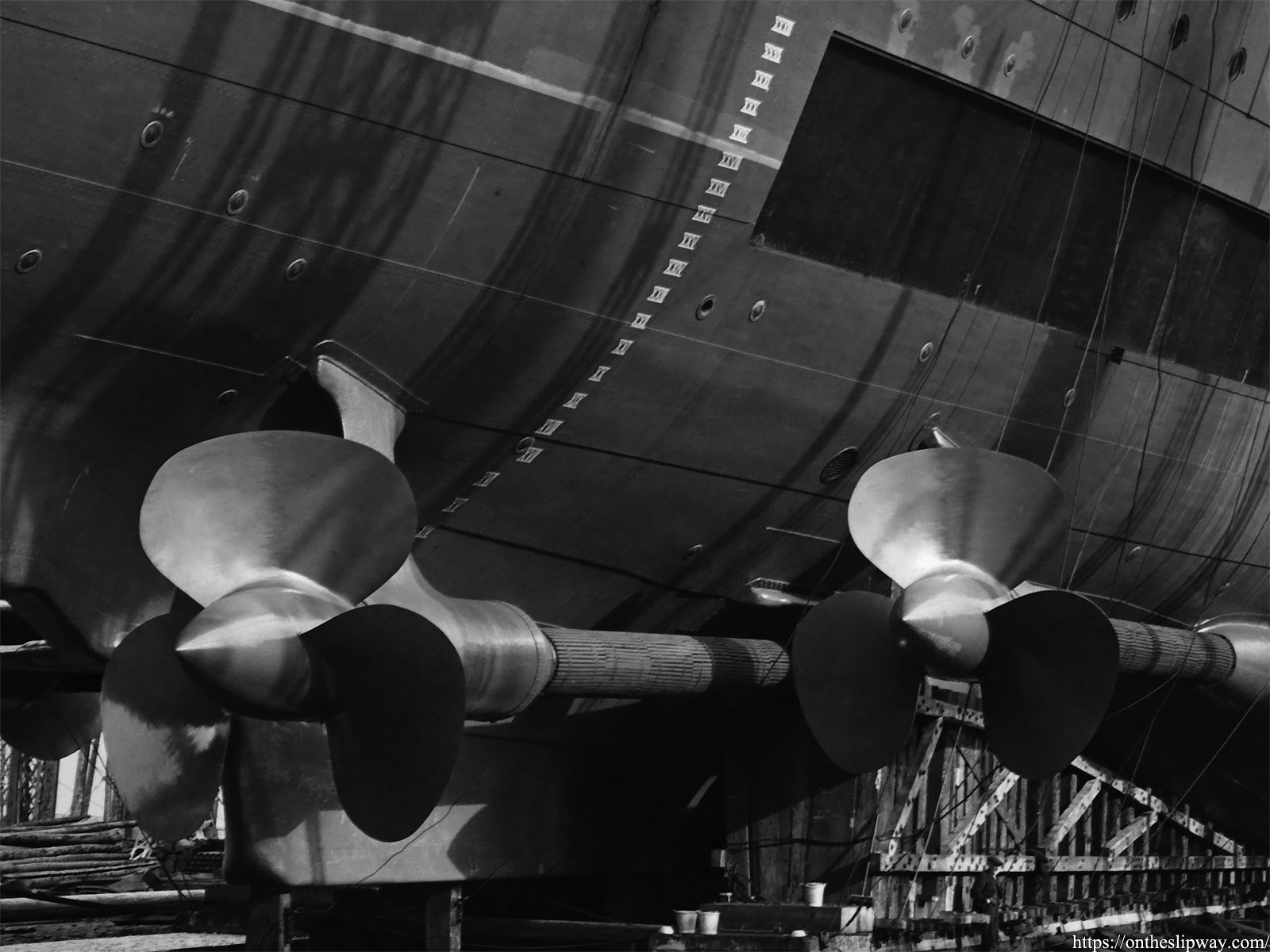 As my work focuses mainly on propeller design a close-up is in order. 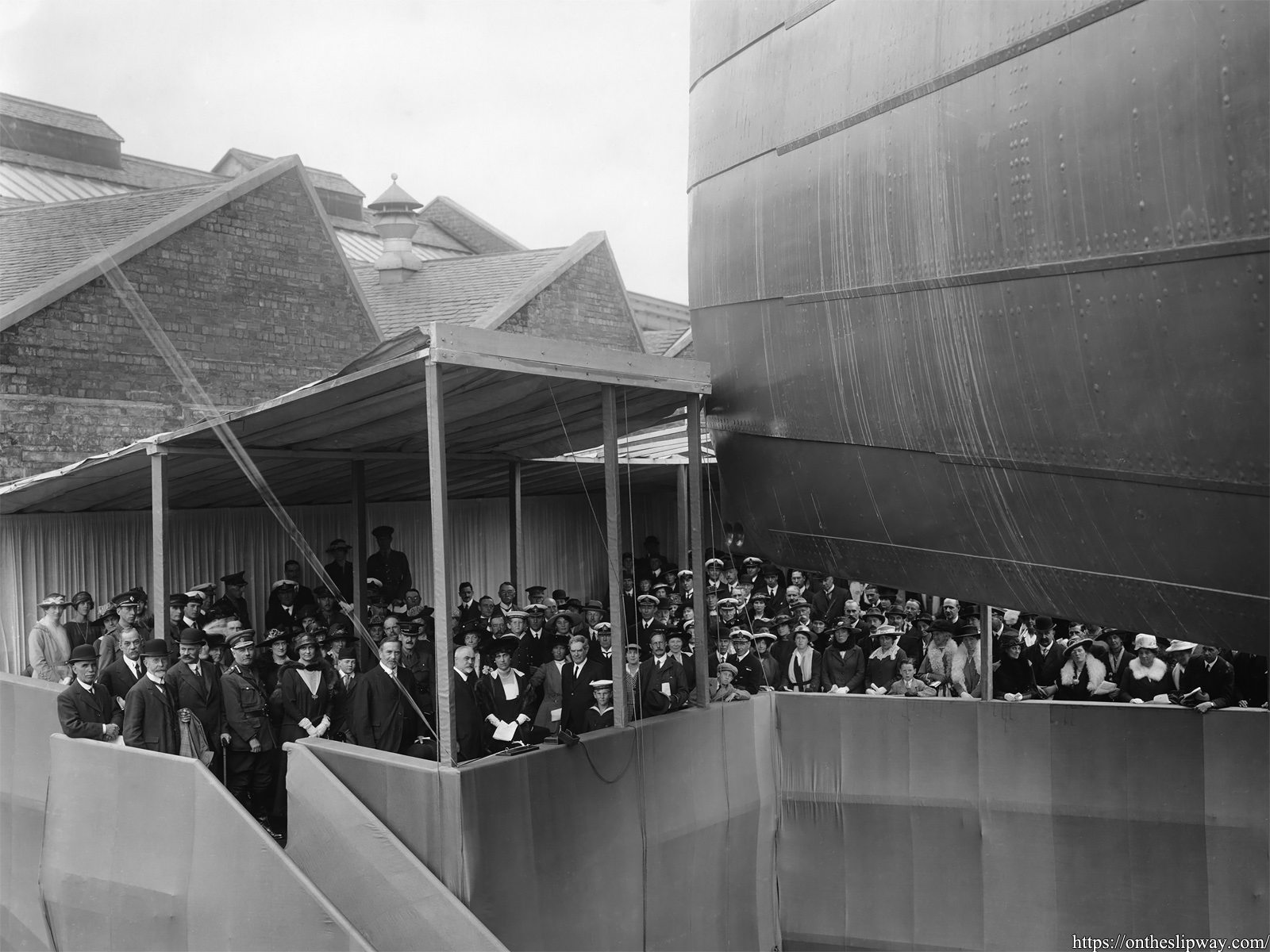 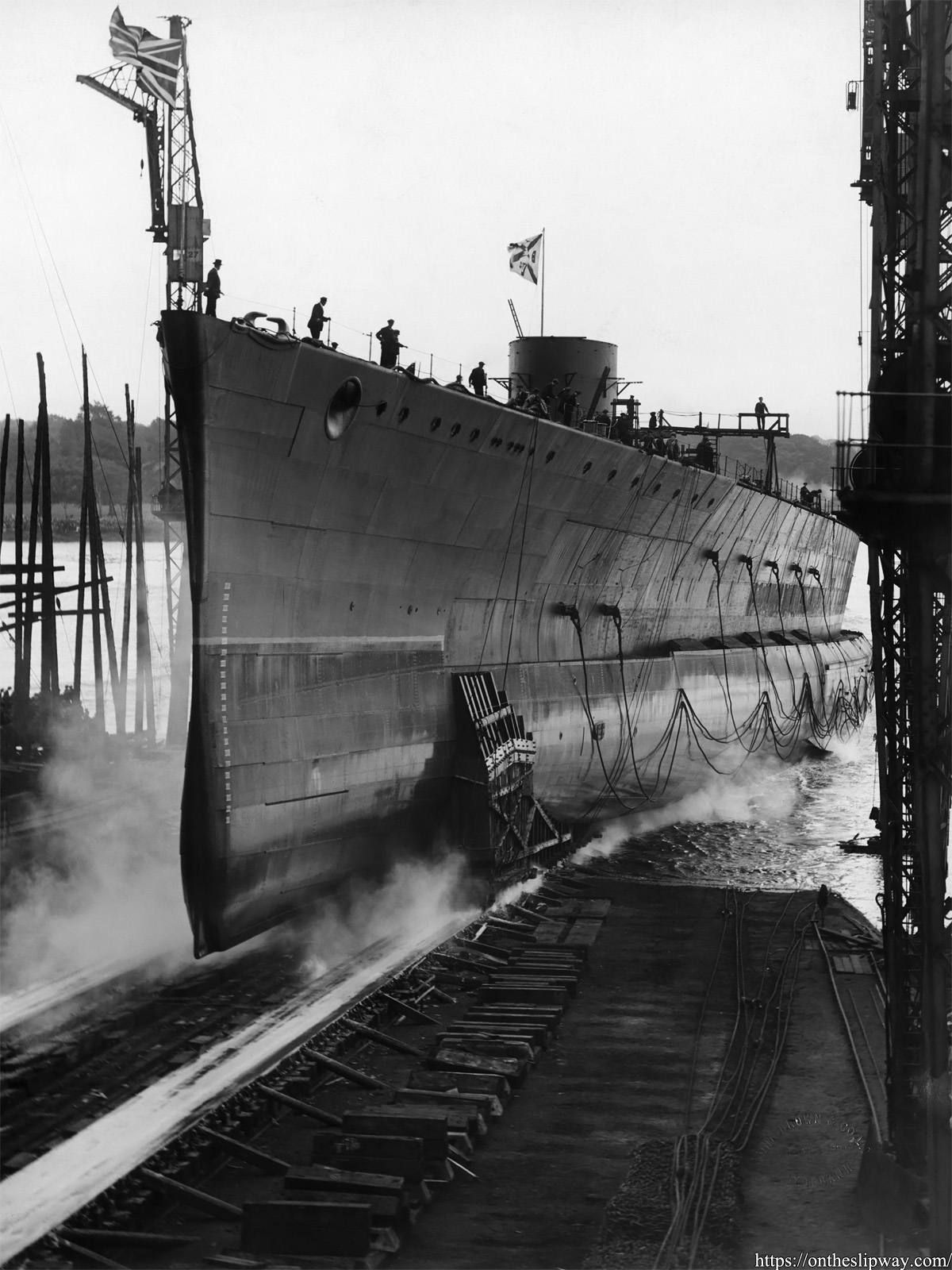 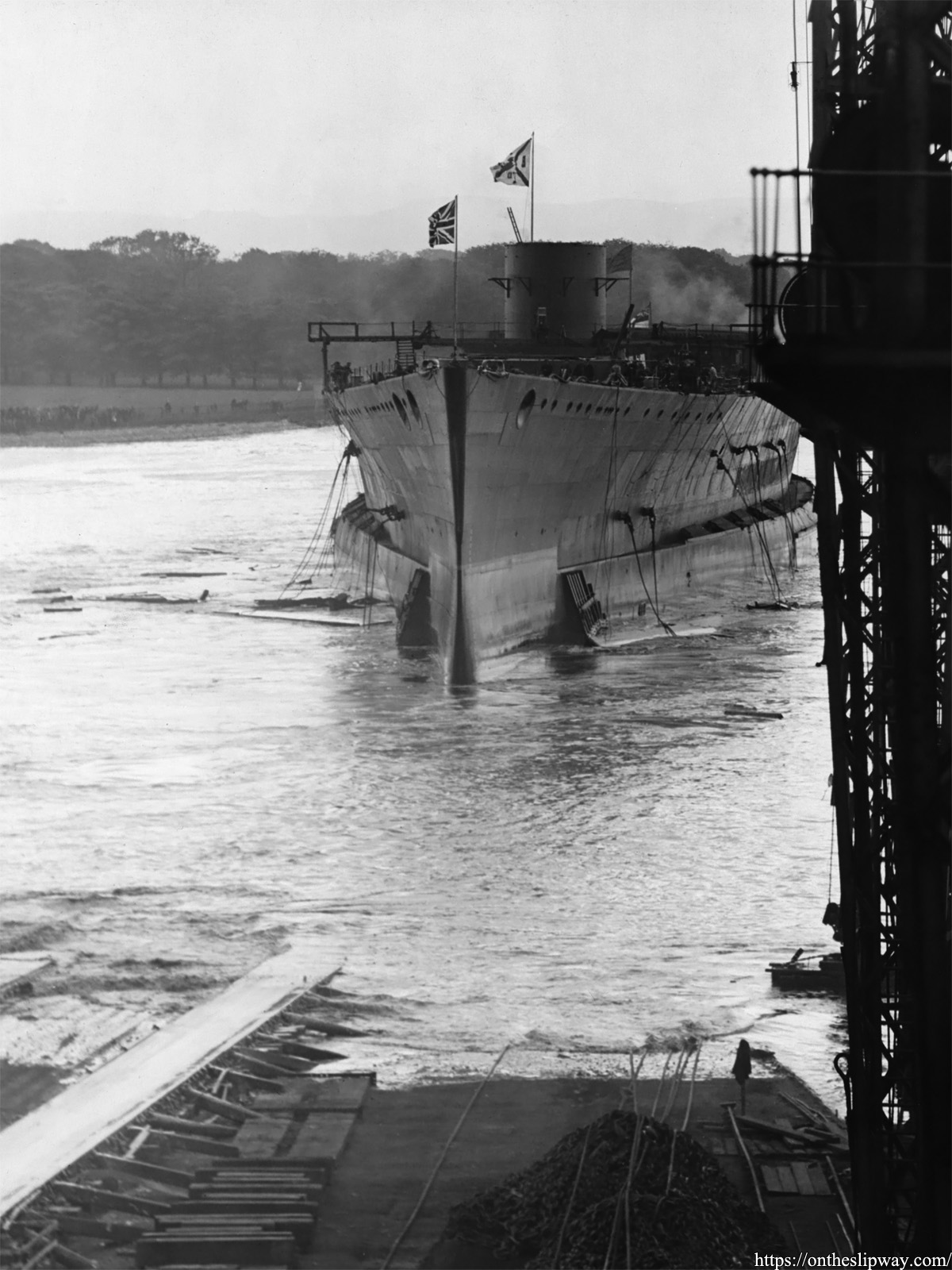 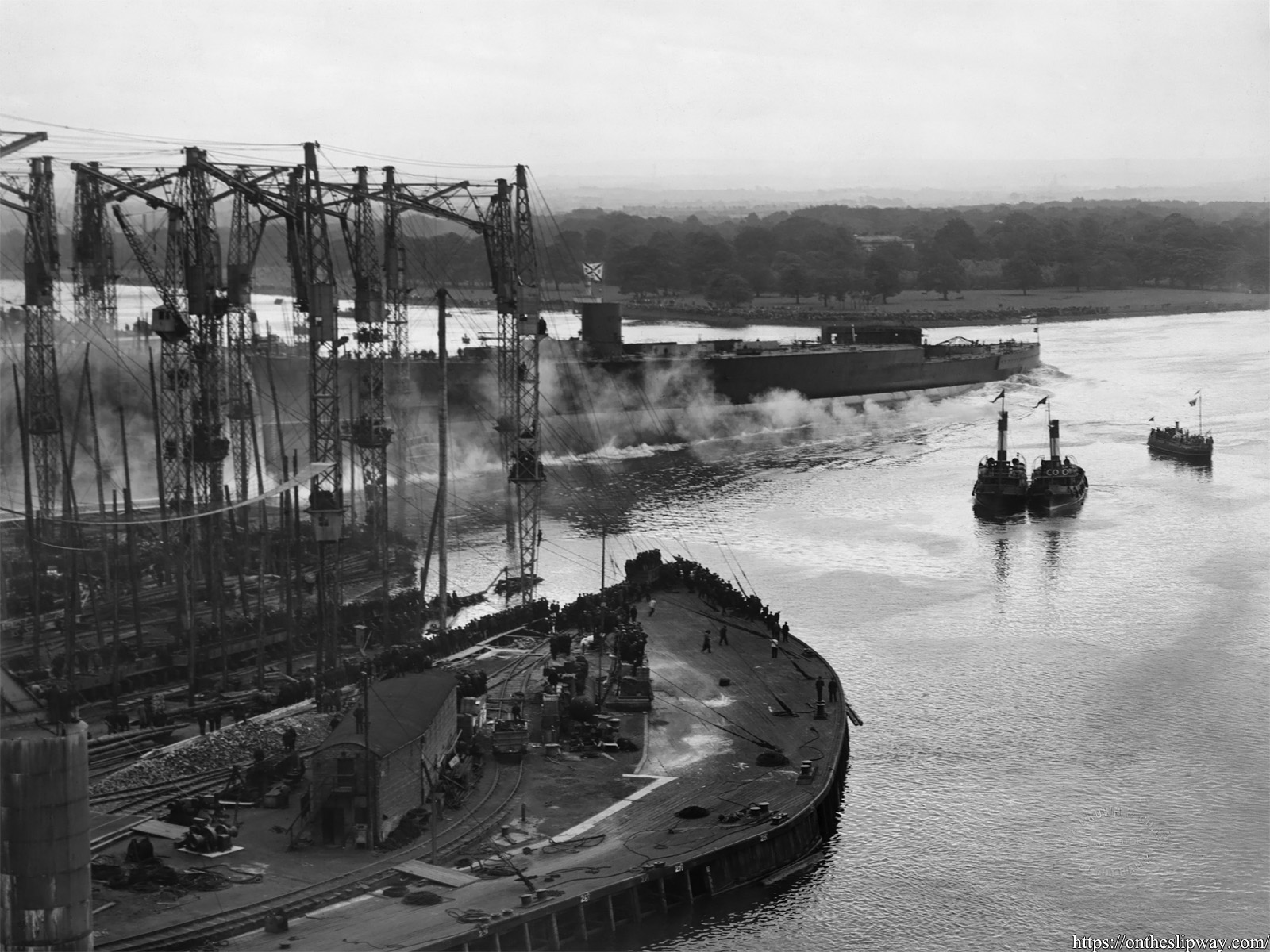 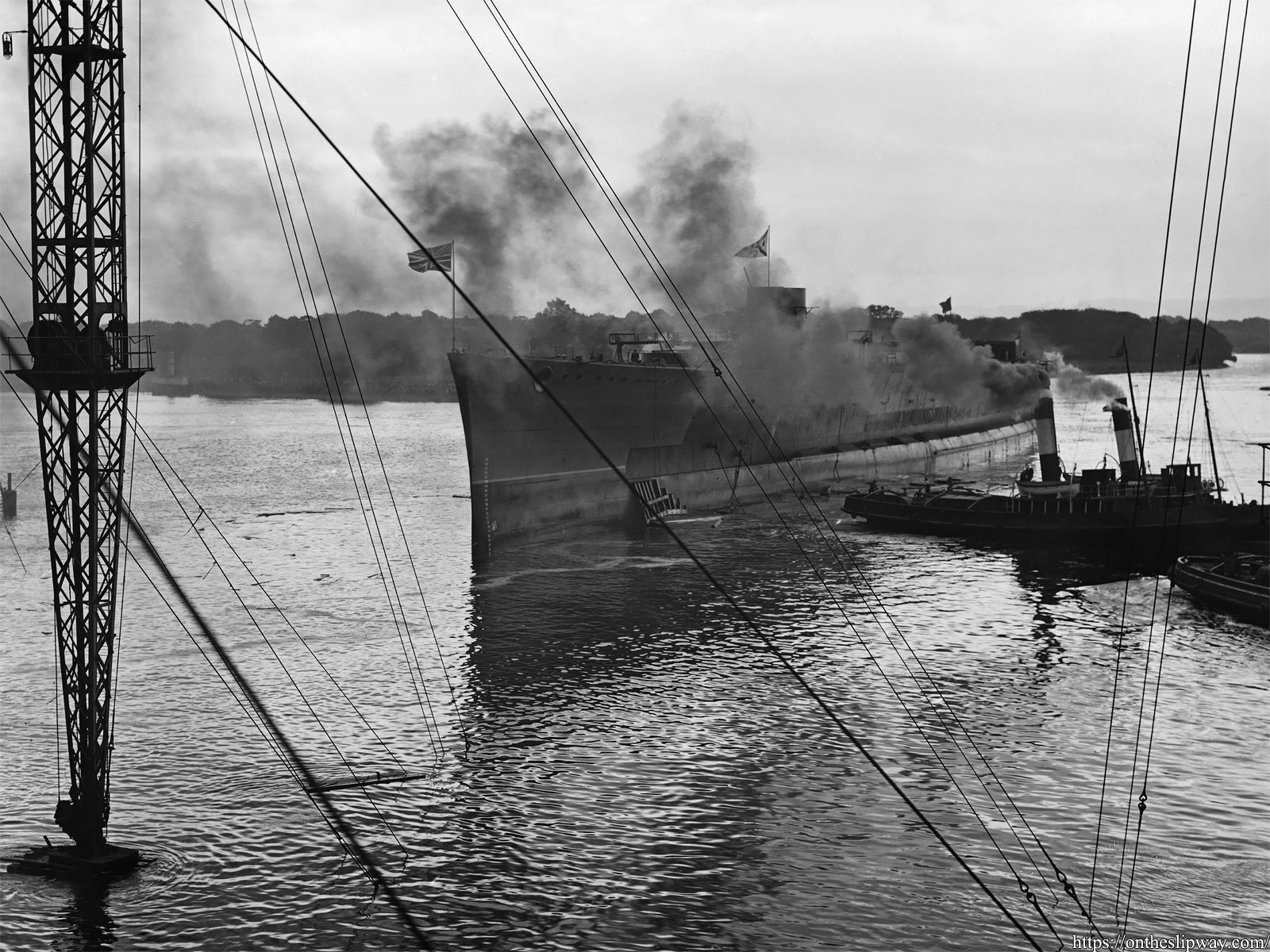 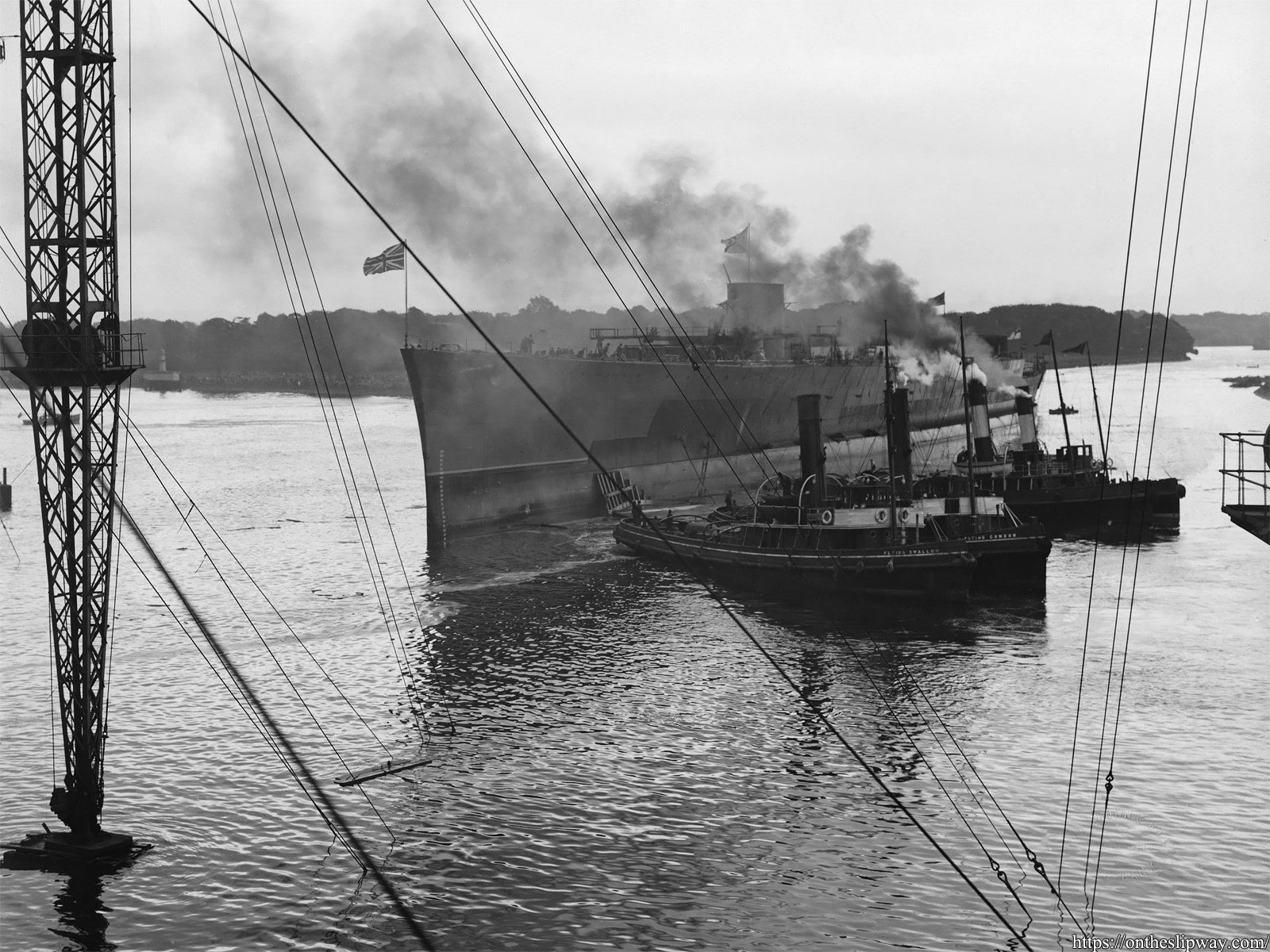 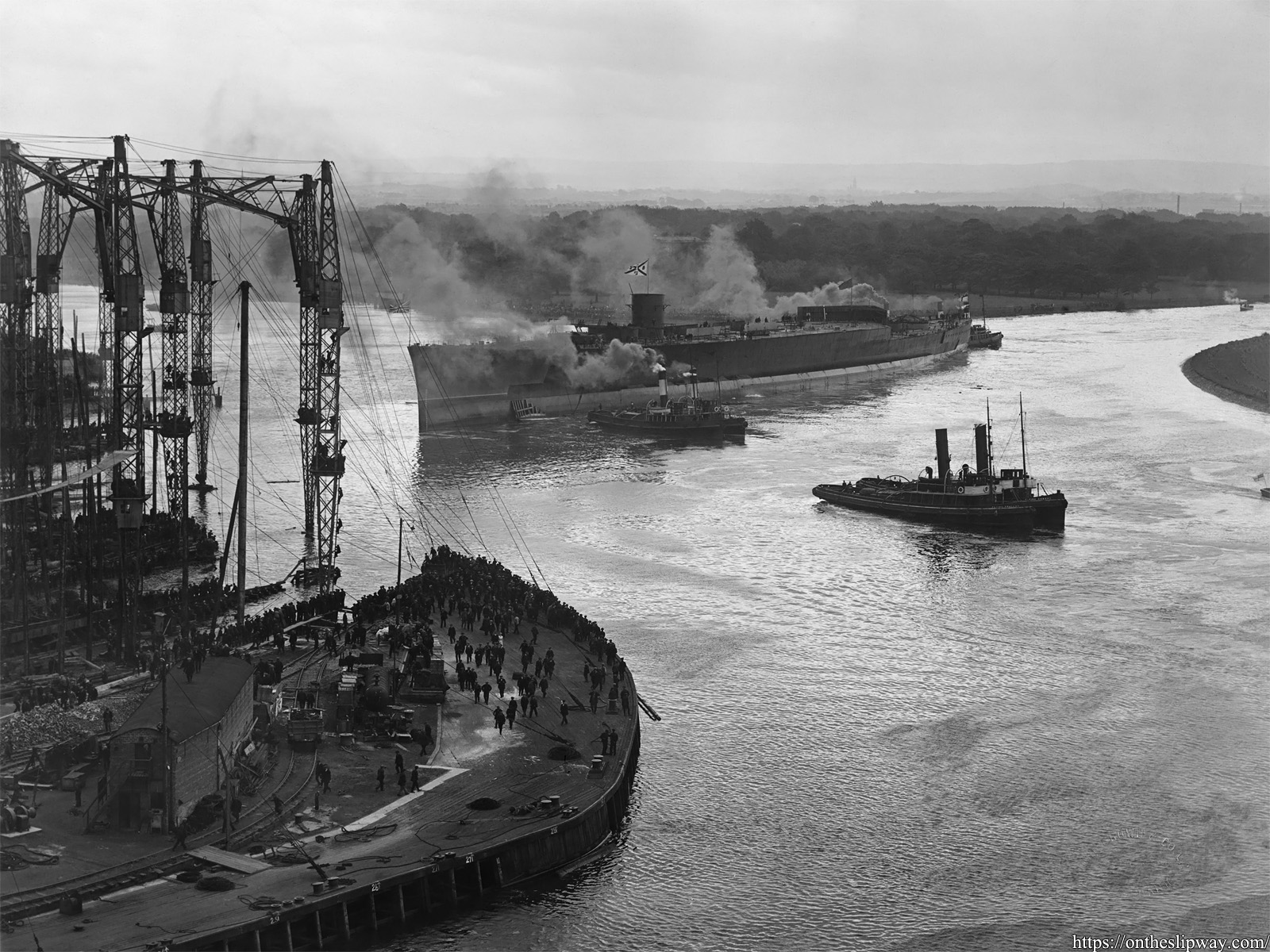 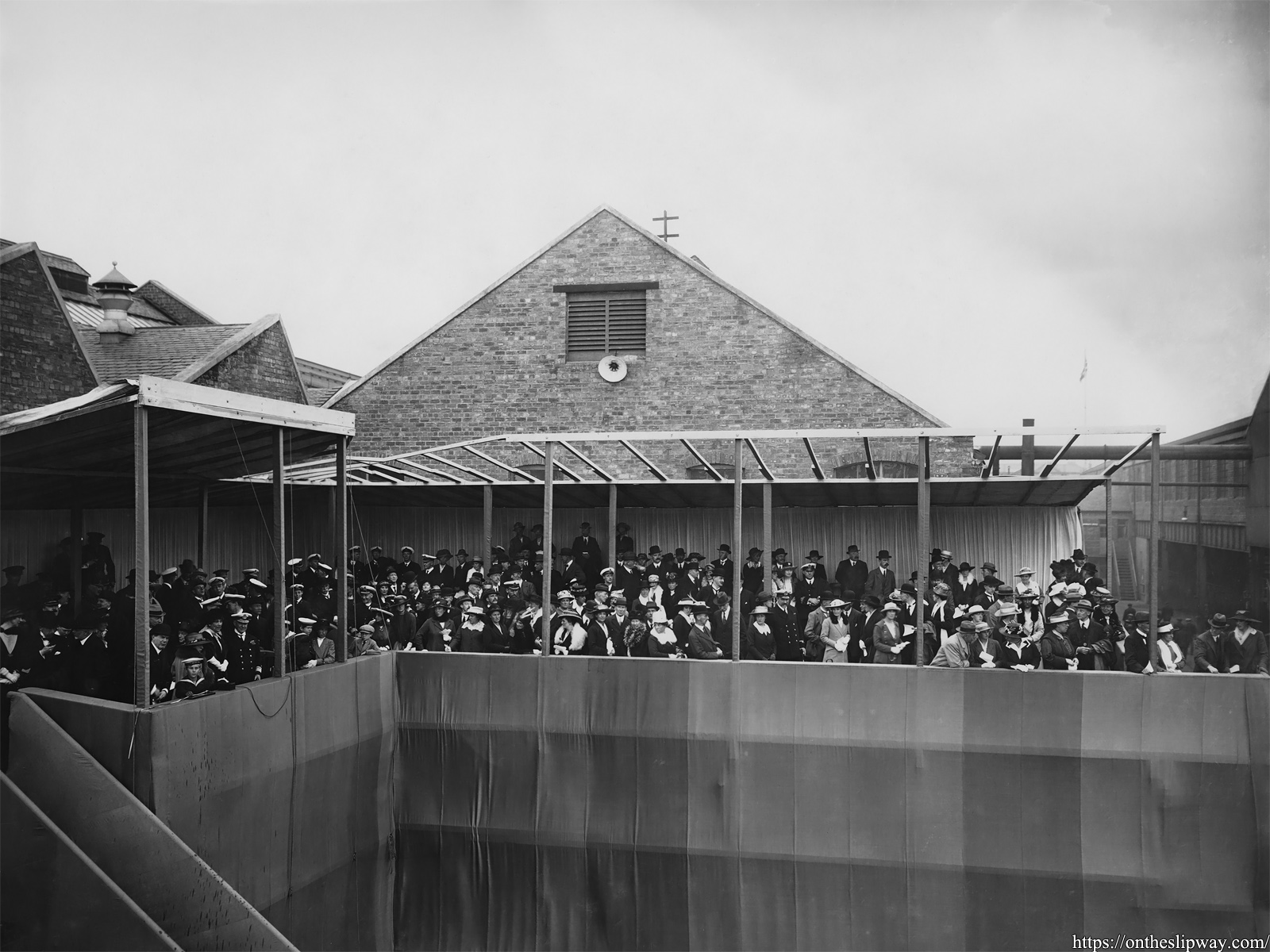 The crowd after the launch, with traces of Champagne visible on the ramp at left. 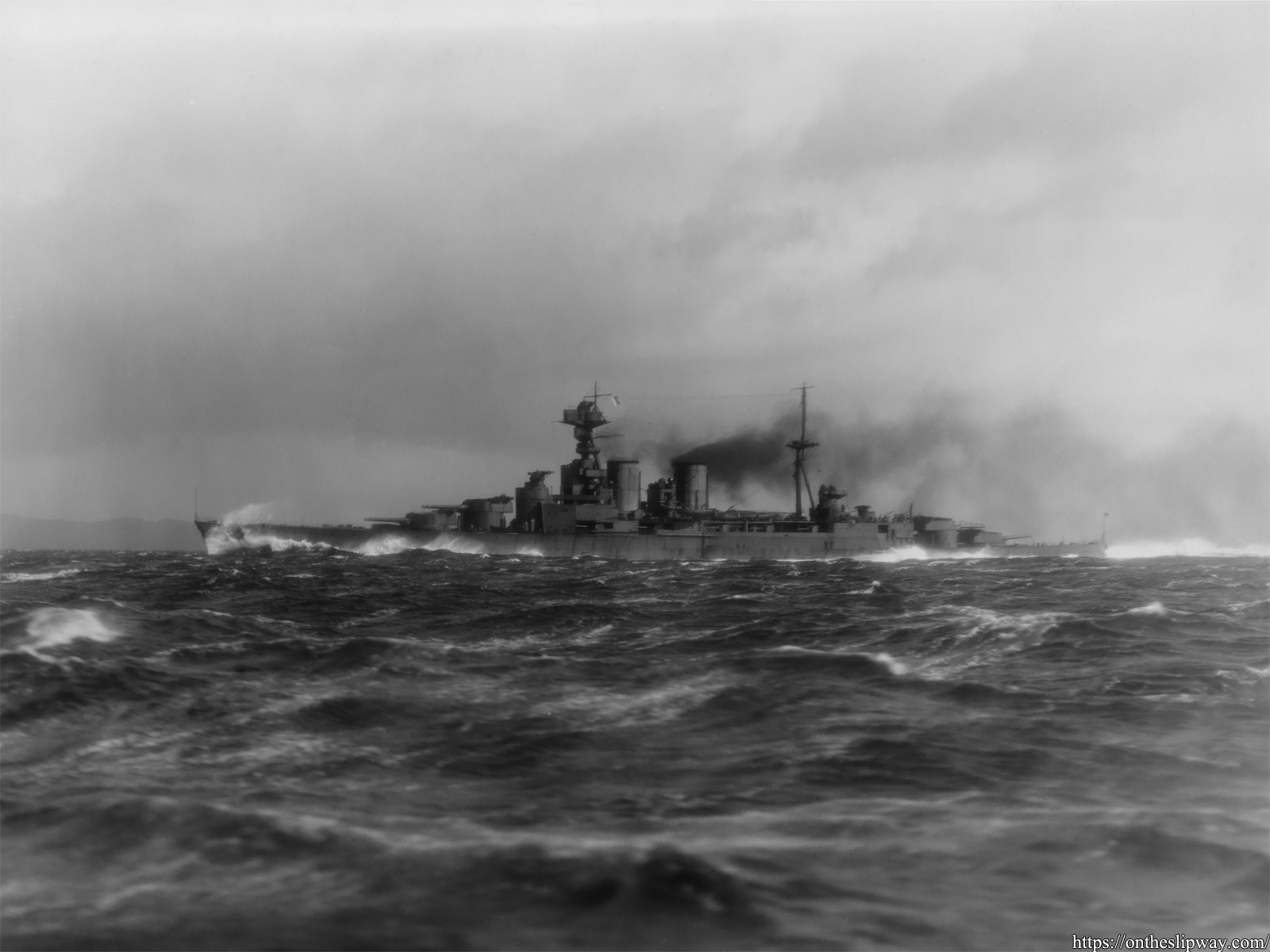 HMS Hood on the 18th of March 1920 running her speed trials.