Random collection of images bought over the years; copy of a previous post with all images now at high resolution plus a few new ones. 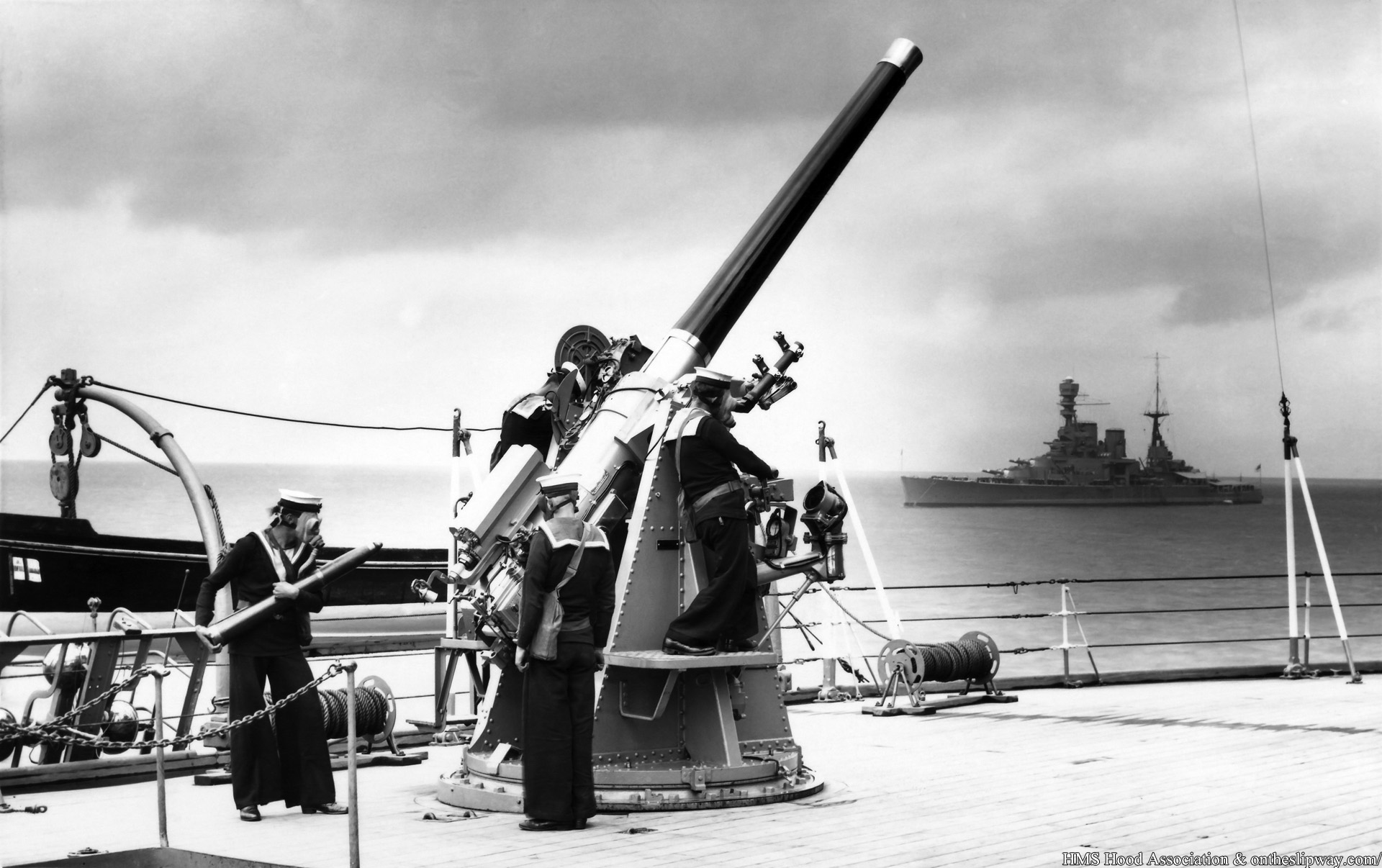 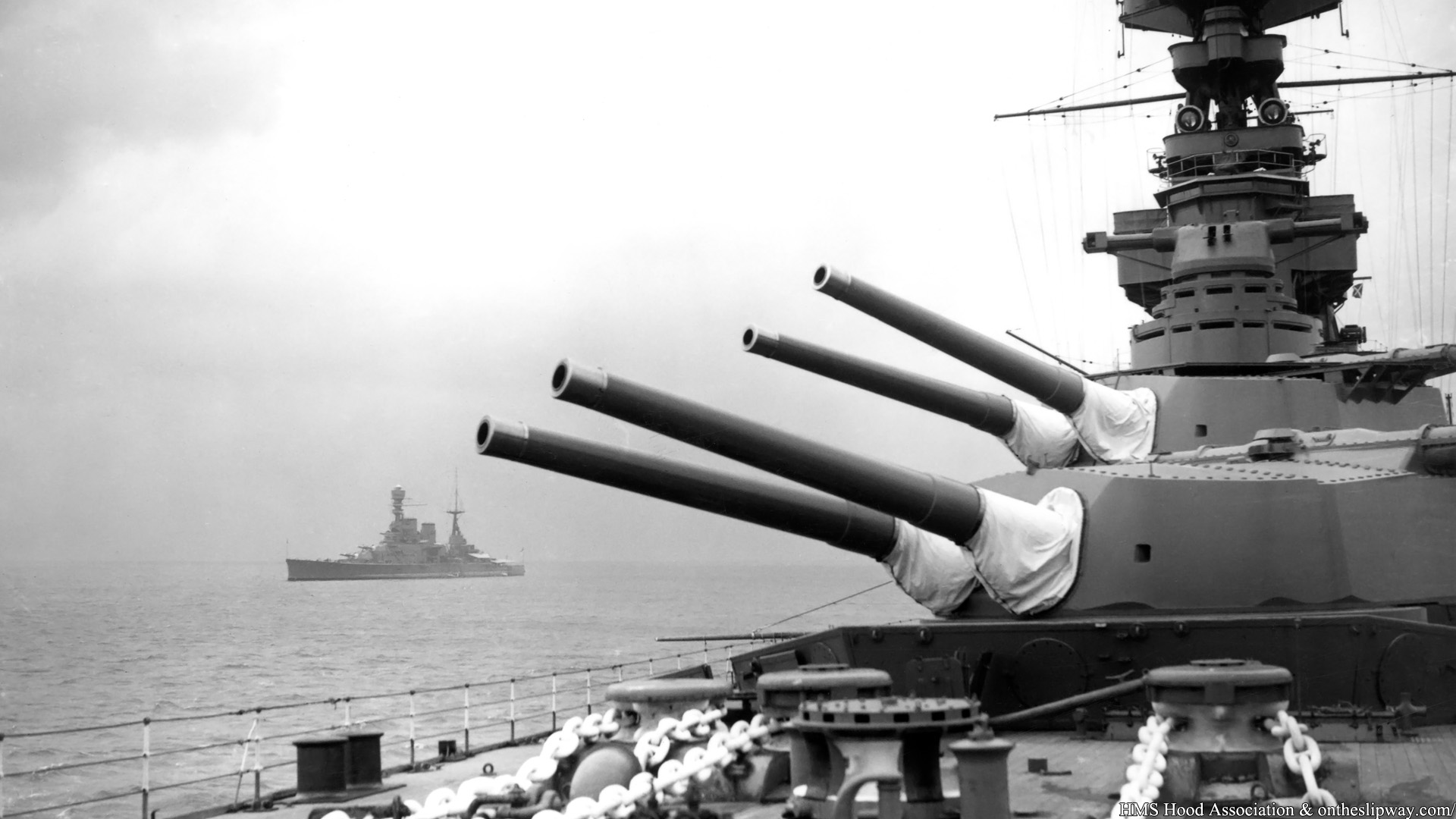 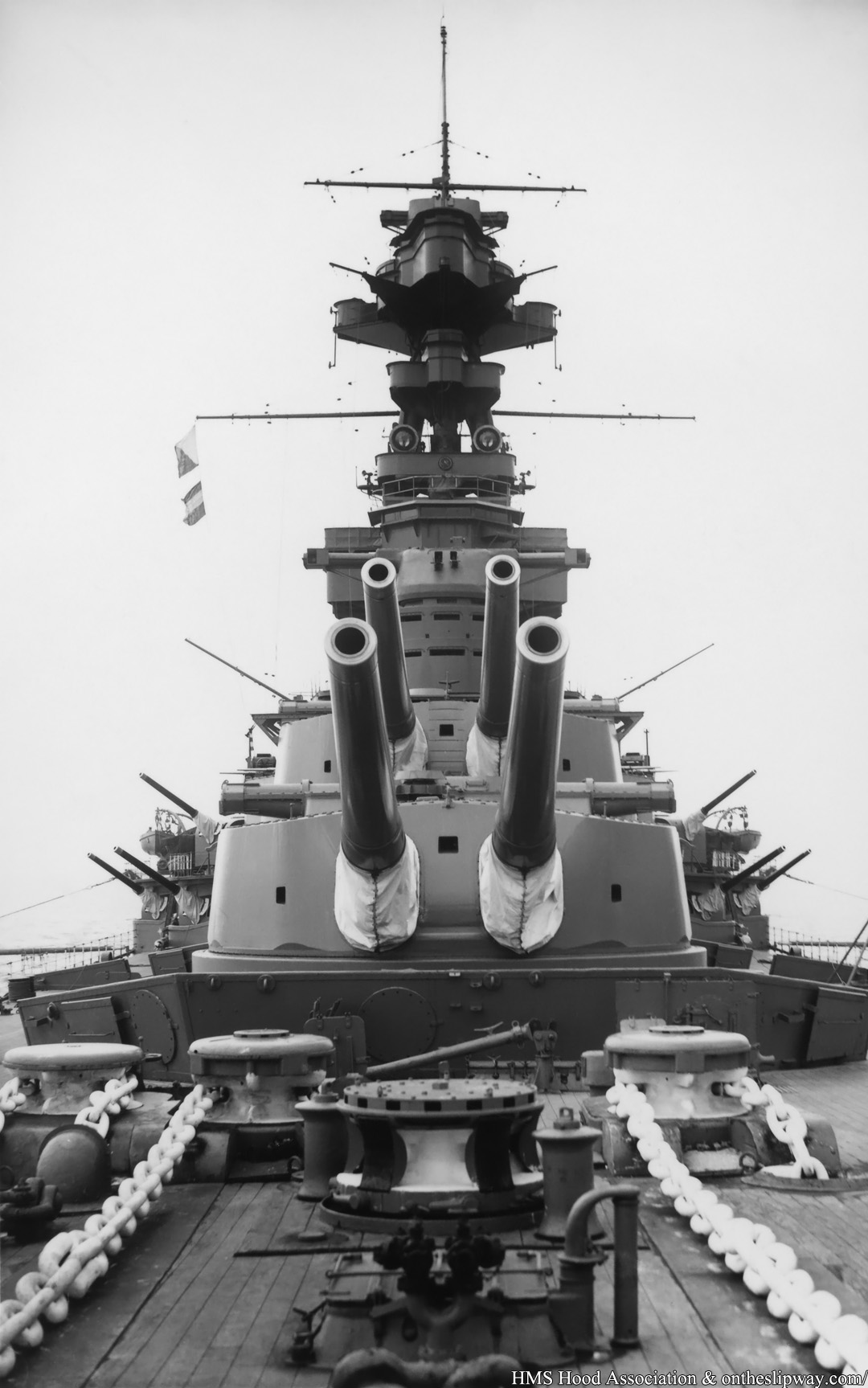 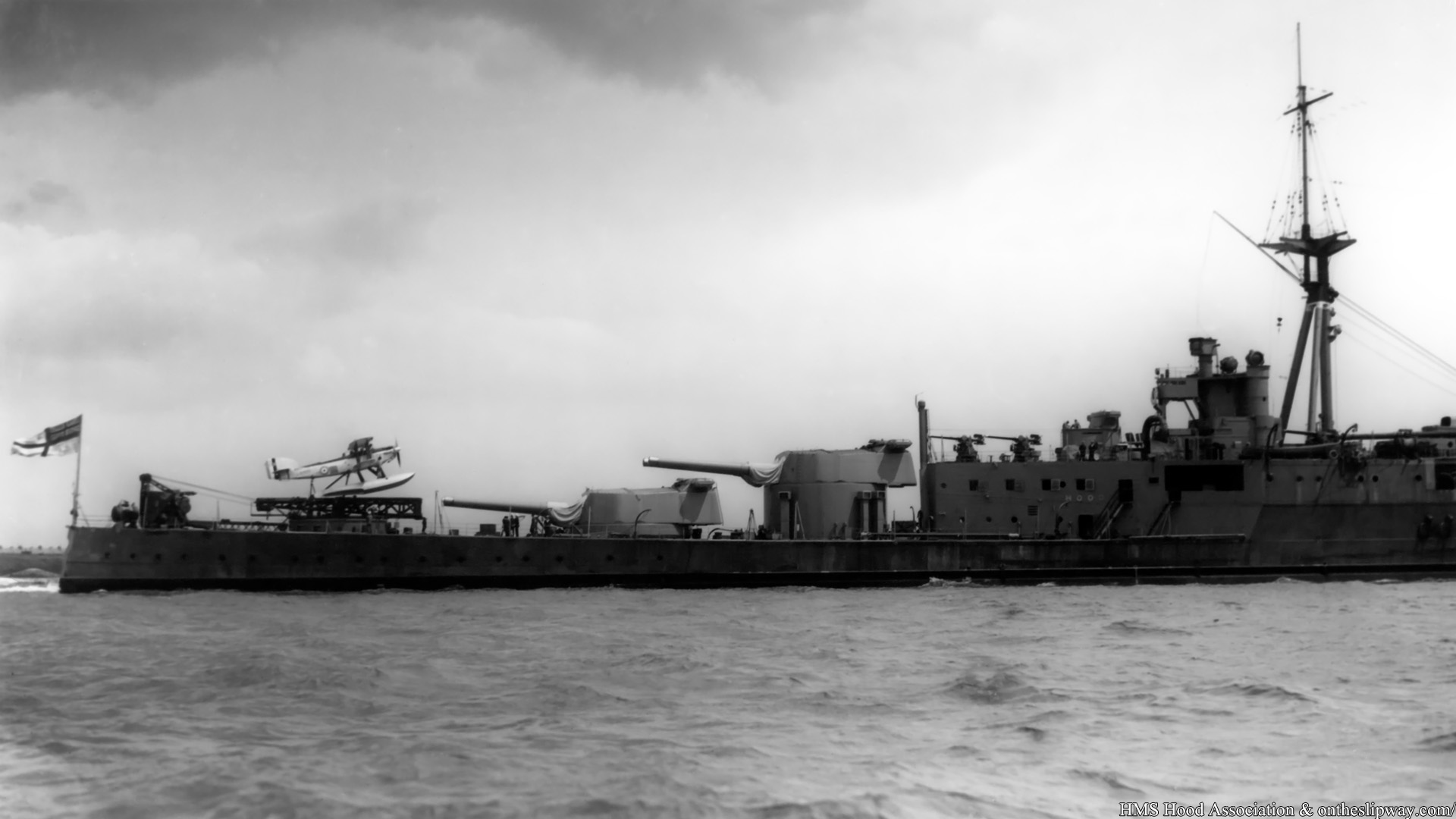 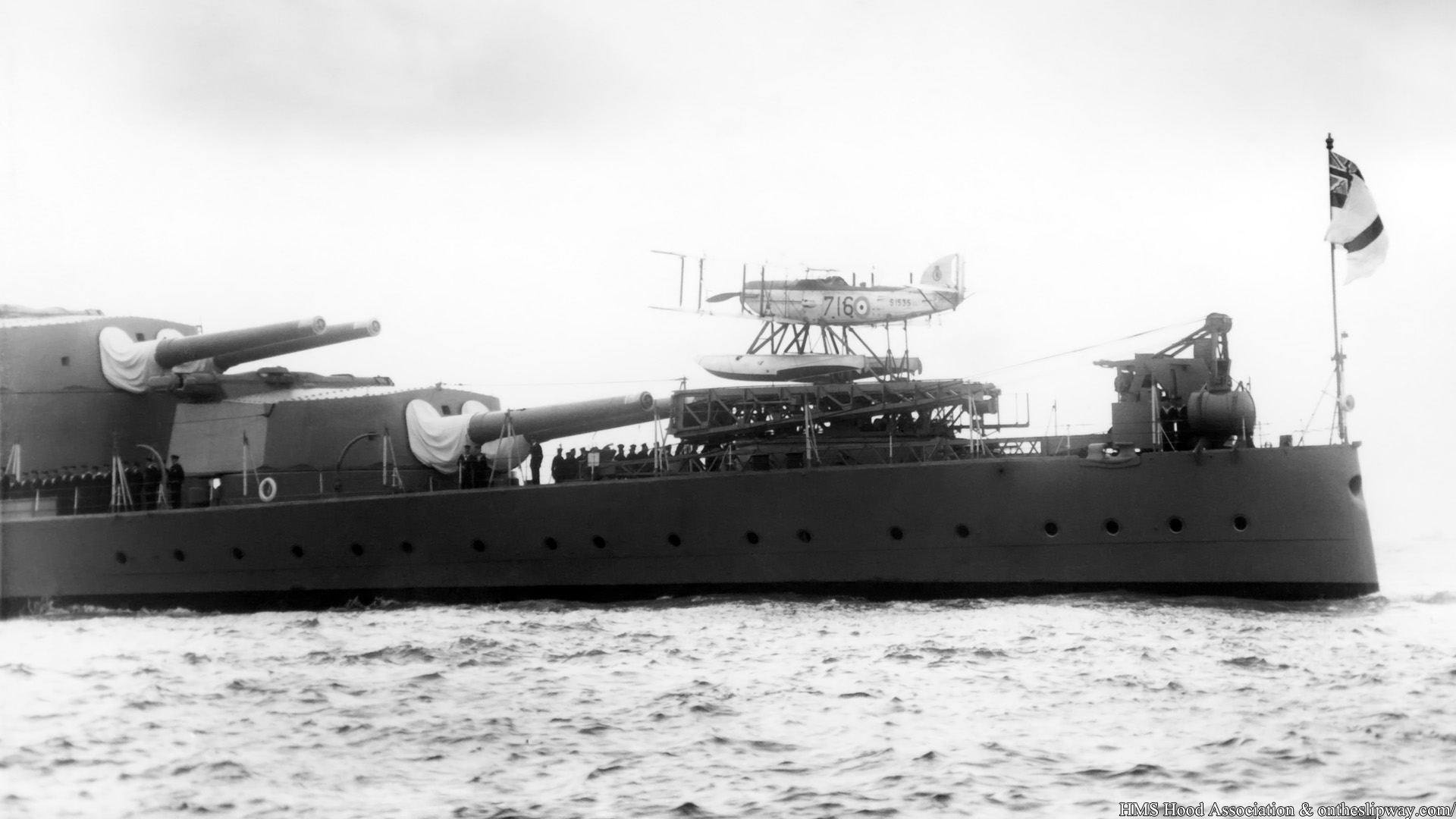 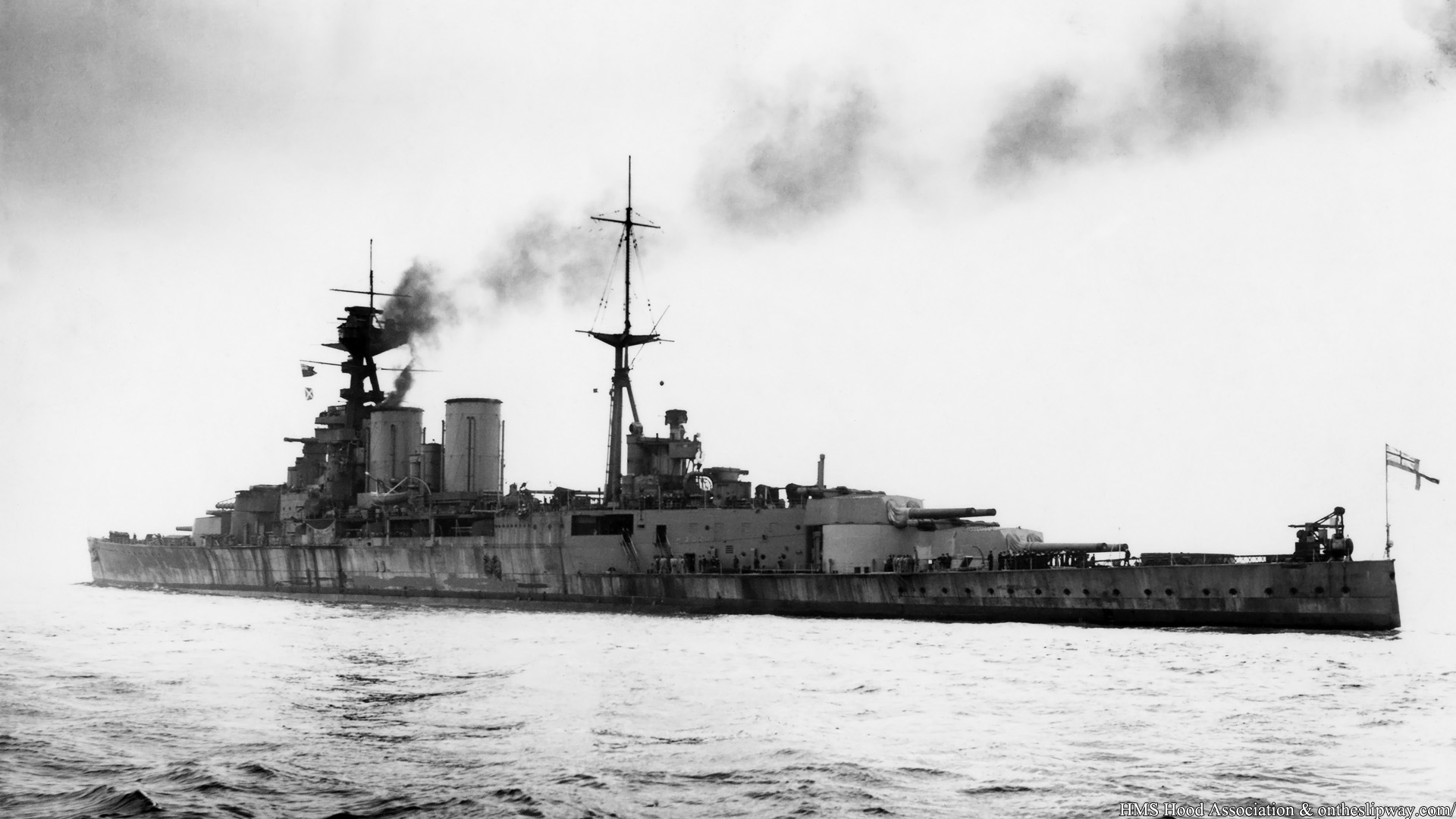 This shot was quite interesting because it shows so much variation in contrast of the ship. 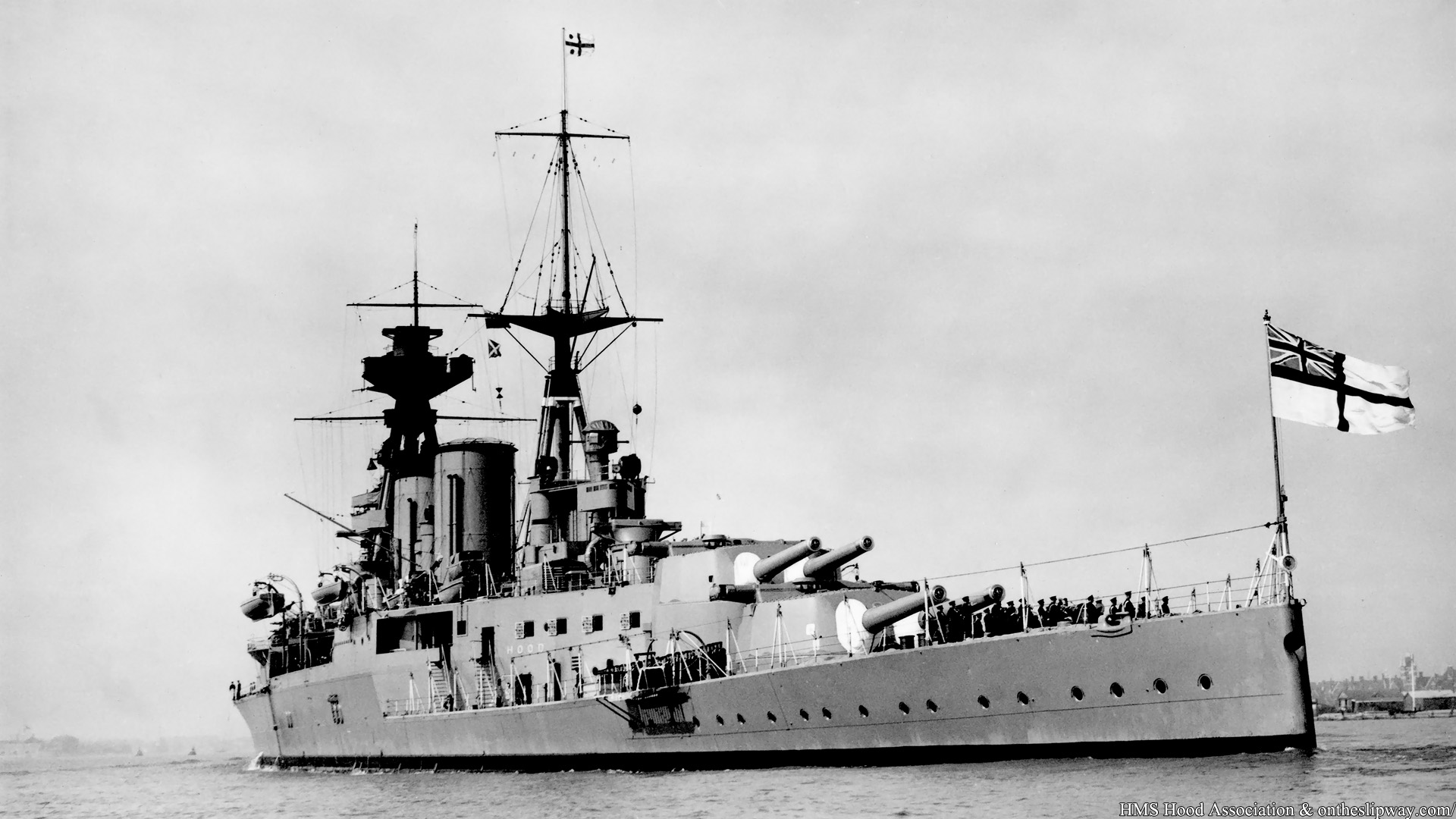 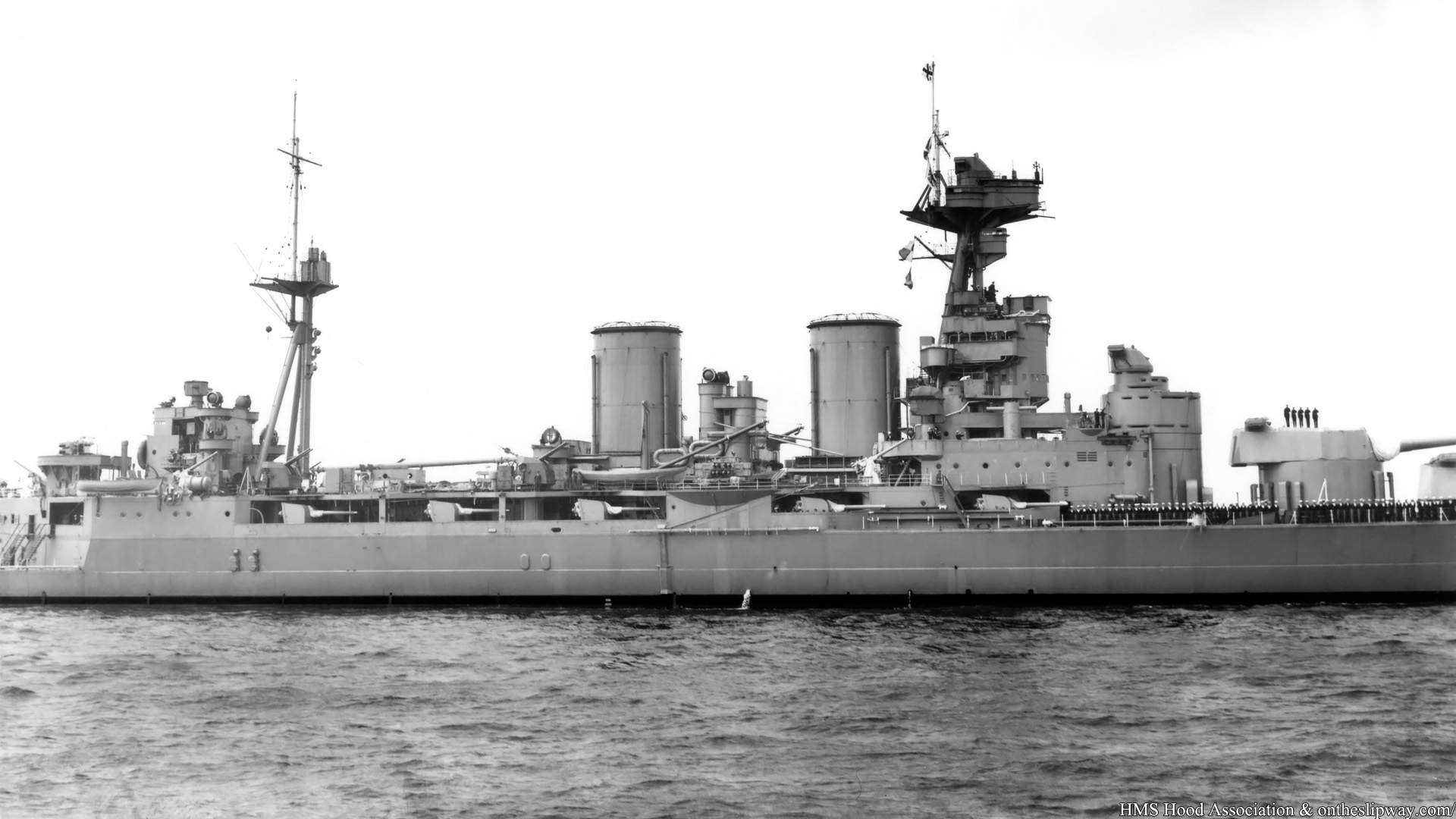 1939. I think this is the nicest photo postcard I ever bought. 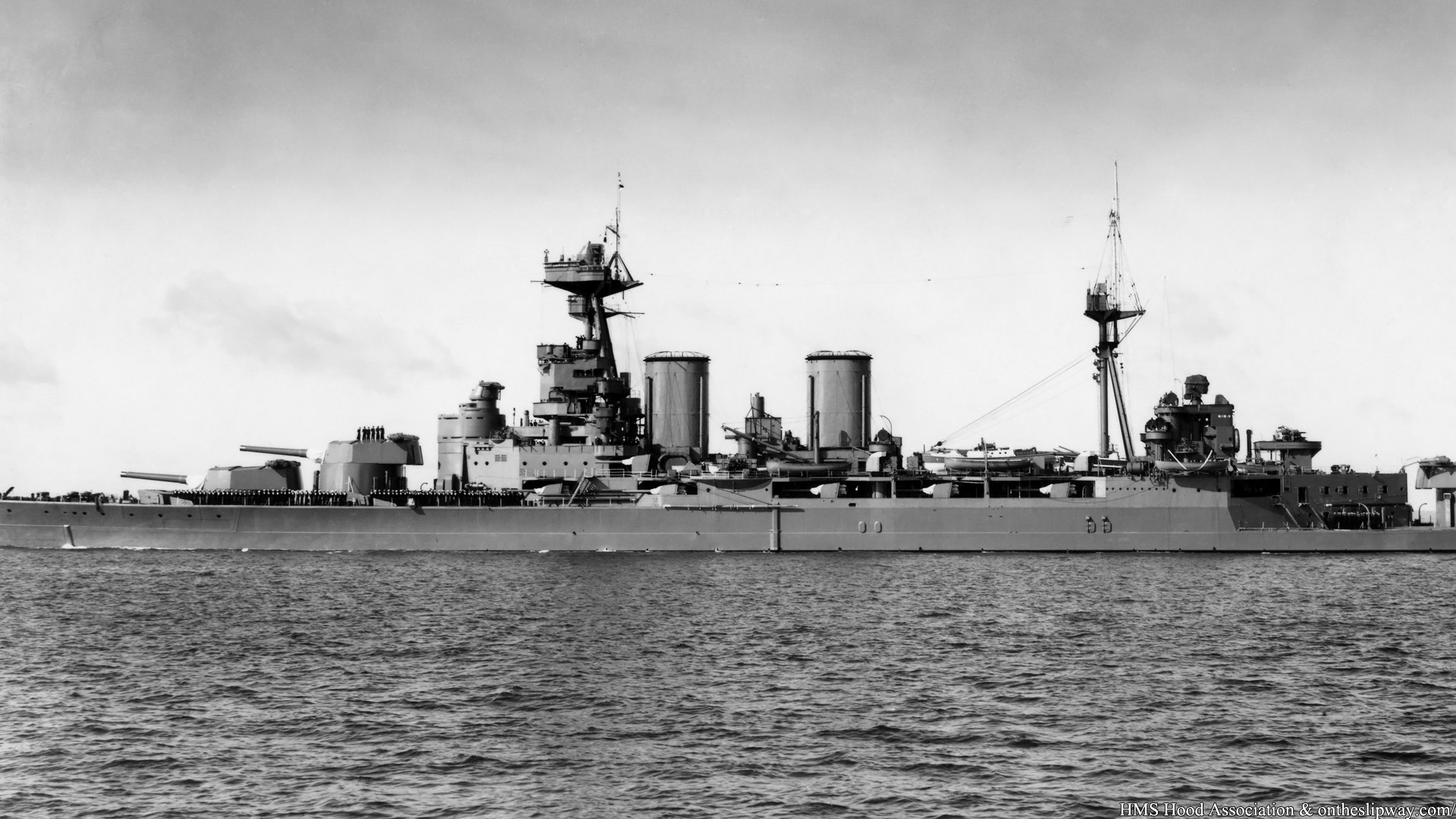 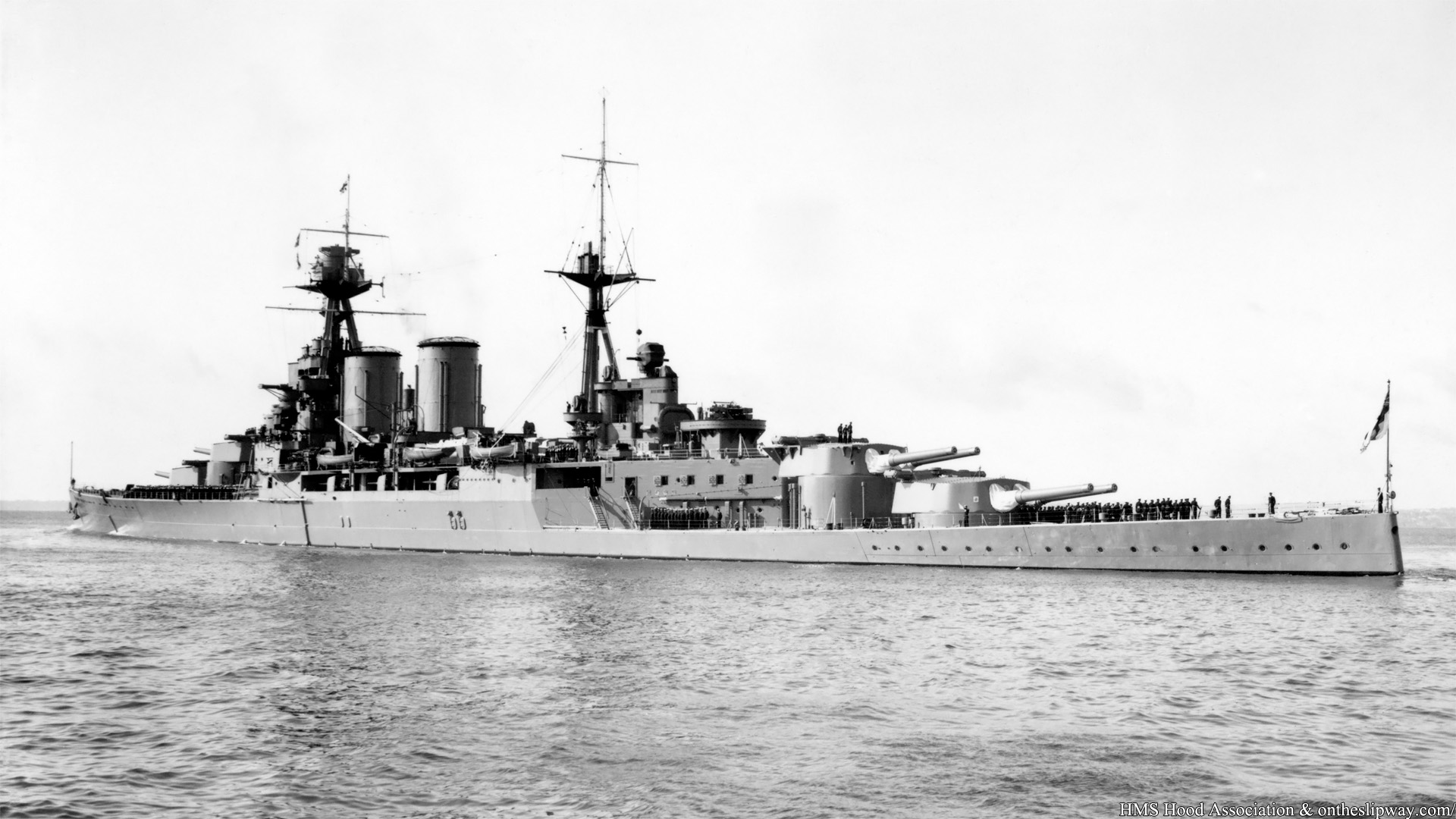 Image appears to be taken moments before the previous shot (Note crew on B-turret and near the whalers). 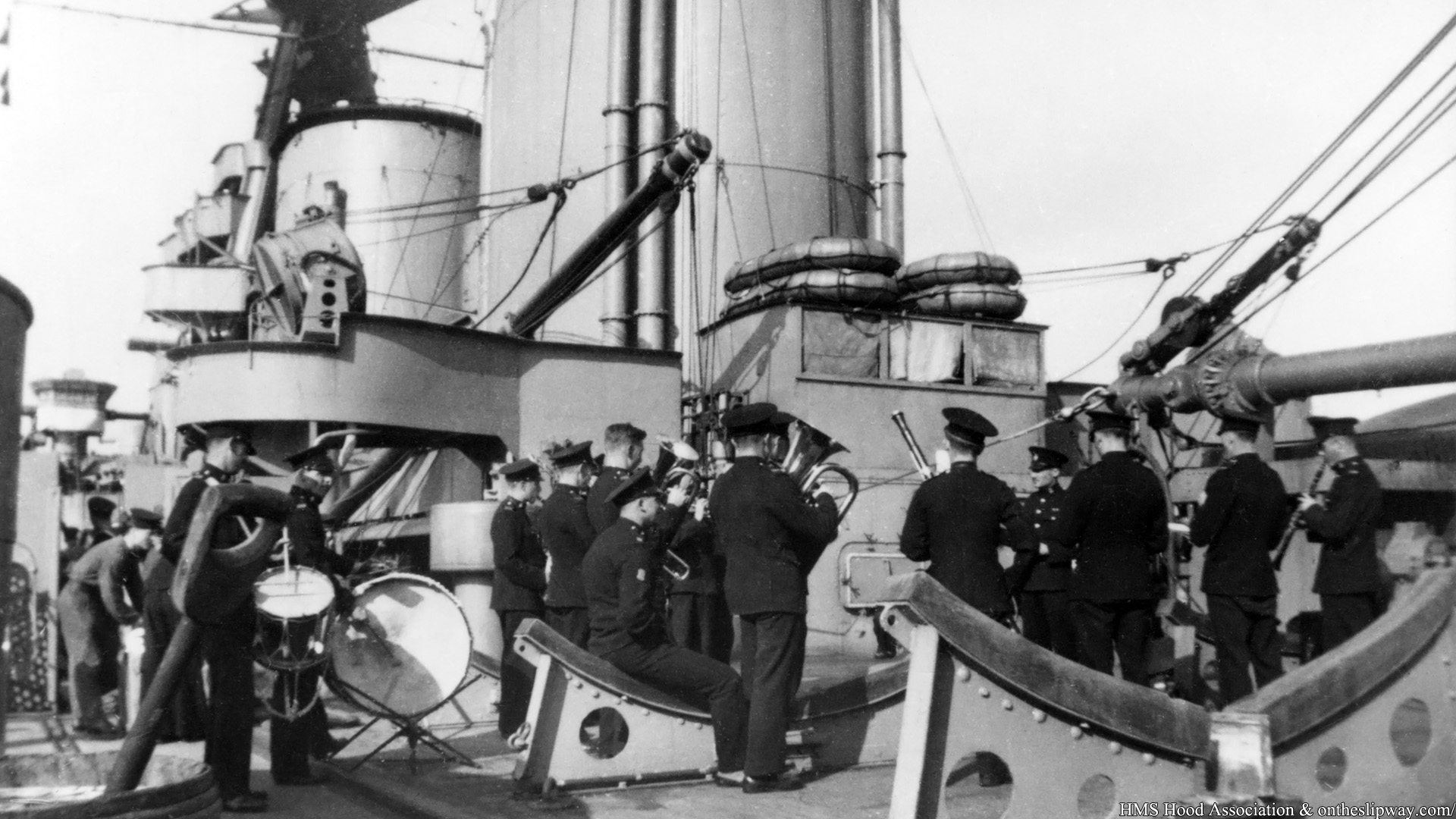 1940. Footage from 1940-1941 showing anything in detail is really rare. This one show the aft disinfector house between the forward searchlights and is a typical example of the crew paradox: the shot was taken to capture people living and working aboard HMS Hood, but they are also blocking the view to the ship. 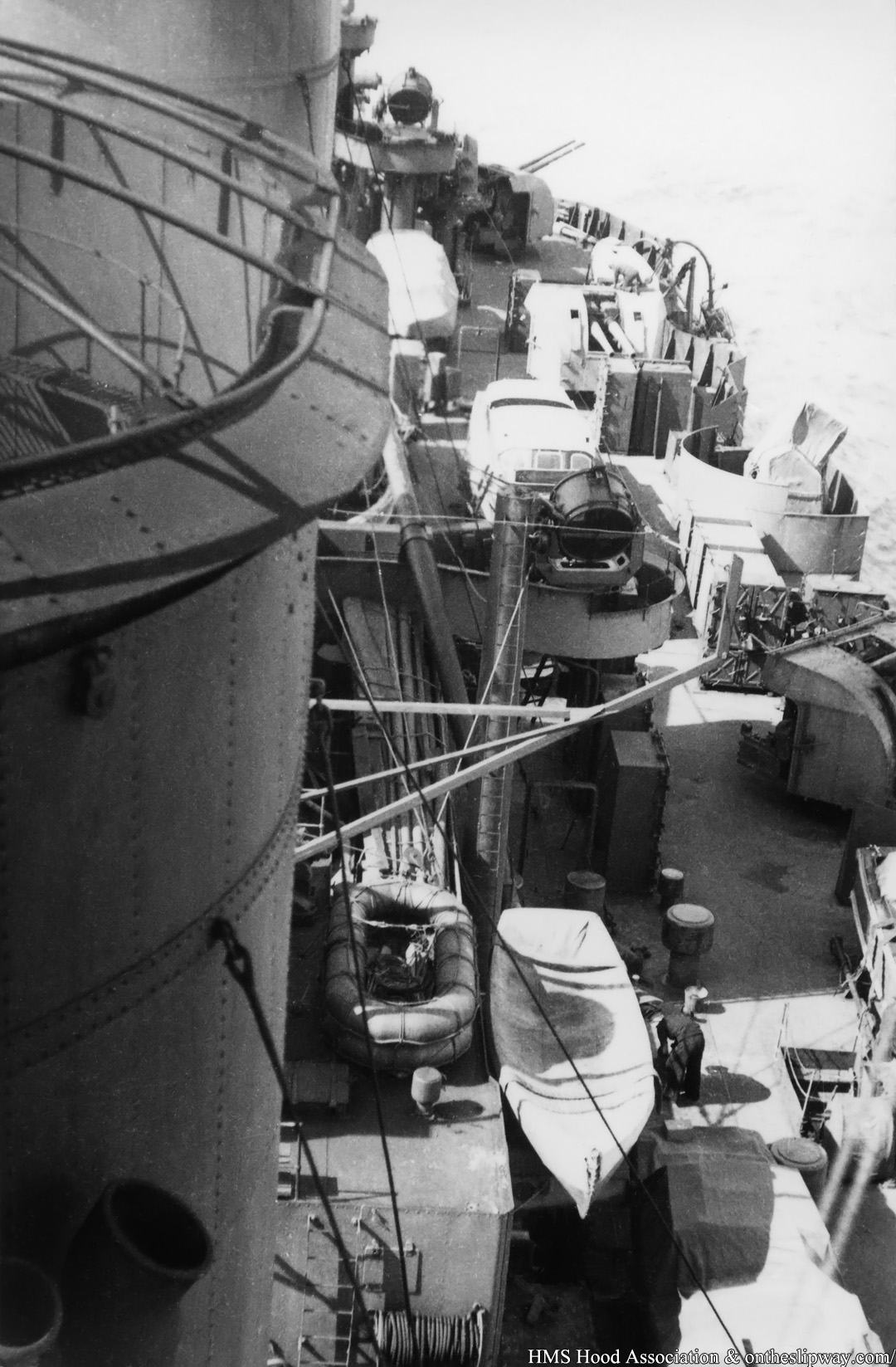 1940. A well-known shot of the main deck; we now knowSemtex was applied on the ‘wings’ of the boat deck explaining its light one.